The 10 Most Valuable Art Collections In Hollywood

By Amy Lamare on January 8, 2020 in Articles › Entertainment

The former agent and founder of CAA owns works by Pablo Picasso, Jasper Johns, and Mark Rothko. He sits on the board of MoMA and built a villa in the Benedict Canyon area of Los Angeles to house his collection.

The Hollywood attorney and his wife have an art collection with works by Jeff Koons, Matthew Barney, John Baldessari, and Chinese artist Ai Weiwei. 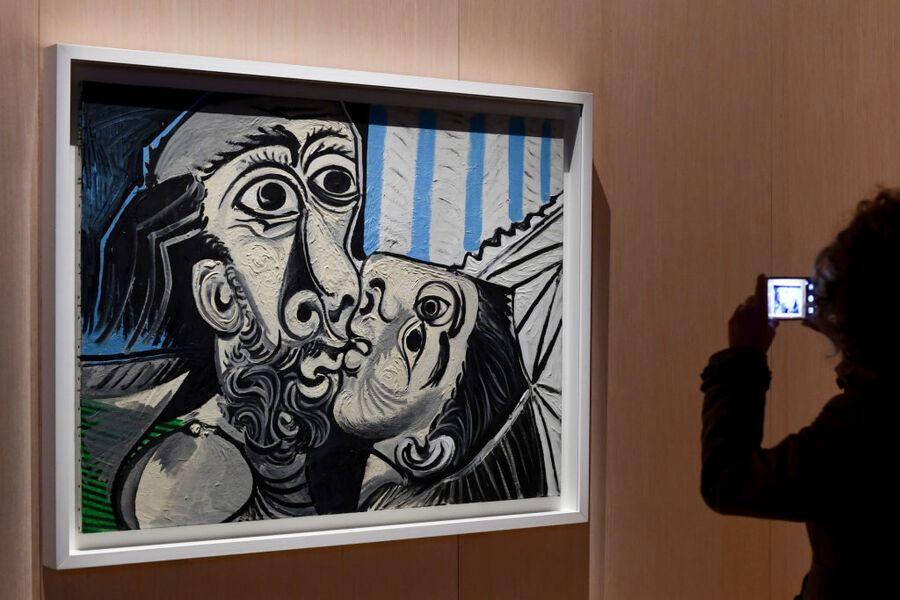 Pablo Picasso's 1969 oil on canvas "The Kiss" during a preview of the exhibition "Picasso Metamorphosis" at Palazzo Reale in Milan on October 17, 2018. (Photo by MIGUEL MEDINA / AFP)/Getty)

In 2009, Pitt reportedly paid $1 million for a painting of a racetrack by the German artist Neo Rauch.

The film producer, trustee of LACMA and chairman of the NFL's New York Giants has an extensive art collection. He donated "The Clock" by Christian Marclay to the Los Angeles County Museum of Art.

Nicholson has been collecting art since the early days of his career. His collection includes works by Picasso, Magritte, Modigliani, Matisse, and Botero.

The iconic director has a large art collection focused on the Impressionists as well as Norman Rockwell and Edward Hopper.

The Revenant producer has an art collection with works from Picasso, Francis Bacon, and Vincent Van Gogh.

The legendary Star Wars filmmaker's art collection includes works by Norman Rockwell. At one point he planned to open a museum in Chicago called the Lucas Museum of Narrative Art. Those plans were abandoned in 2016.

Geffen's enormous art collections is worth about a fourth of his $8 billion net worth, even after selling Jackson Pollack's "Number 5" and Willem de Kooning's "Woman III" for $277 combined in 2006.