The 10 Highest Paid Soccer Players In The World Today

By Amy Lamare on October 18, 2021 in Articles › Entertainment

Soccer (or football outside of the U.S.), is the world's biggest sport. Though it's been growing in popularity in the U.S. for decades, it's been the dominant sport in Europe, South America, and Africa consistently throughout the years. The World Cup final is watched by about 600 million people. More than 200 countries have teams playing to qualify for the World Cup. It's hard for most Americans to grasp just how enormous soccer, its influence, and its star players are globally.

As you can imagine, the top soccer players earn A LOT of money.

The top two highest-paid players are Cristiano Ronaldo and Lionel Messi.  Ronaldo isn't just the biggest star in soccer – he's the most popular athlete in the world. His social media accounts boast a combined roughly 600 million followers. He has 344 followers on Instagram, 149 million on Facebook and 94 million on Twitter. Ronaldo earns nearly as much in endorsements as he does in salary from Manchester United. The only athletes that make more money in endorsements than Ronaldo are Roger Federer, LeBron James, and Tiger Woods.

The total pretax earnings of the 10 highest-paid soccer players is $585 million. That's up from last year's $570 million. Soccer players outside of the U.S. out-earned players on American teams tenfold. 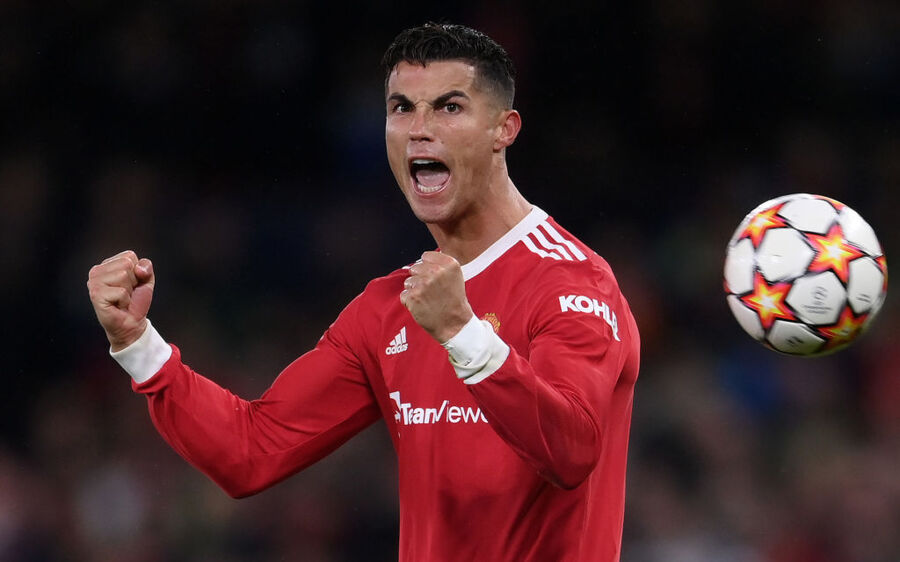 The 10 Highest Paid Soccer Players In The World Today

Ezen Hazard arrived at Real Madrid from Chelsea in 2019 in a $118 million, five-year deal. He has yet to live up to the hype, as he's missed 59 games in his first two seasons at Real Madrid. Rumors are circulating that his team is looking for a way to trade him. On the endorsement side, Hazard is the spokesperson for McDonald's in his home country of Belgium. He also has deals with Nike and Nissan.

Gareth Bale returned to Real Madrid this season after the resignation of manager Zinedine Zidane, with whom he clashed, causing his transfer to Tottenham for the 2019-2020 season. However, Bale's career on the pitch may be limited. Rumors are circulating that he's planning to transition to a career in golf.

Paul Pogba is on the verge of a contract extension with Manchester United. He also plays for the French national team. On the endorsement side, he's halfway through a 10-year deal with Adidas worth $45 million.

Andres Iniesta played for Barcelona for 22 years. In 2018, he moved to Japan to play for Vissel Kobe on a two-year contract. He's been integral to the team, helping them win the 2019 Emperor's Cup, win the Japanese Super Cup in early 2020, and qualify for the AFC Champions League for the first time in club history.

Robert Lewandowski is in the final years of his current contract, which is set to expire in 2023. He's been the German player of the year two years in a row and is a scoring machine. He has his own clothing line (RL29) and endorsement deals from Head & Shoulder, Huawei, and Nike, among others.

Mohamed Salah has two years left on his current contract. He's the top scorer for both Liverpool and the entire Premier League. He scored his 100th goal in October 2020 – and it only took him three seasons to hit that goal – the fastest to do so in the history of the Premier League.

Kylian Mbappe turned down a contract extension that would have upped his pay to the same level as Neymar's for the next two seasons. Mbappe has more career goals than both Cristiano Ronaldo and Lionel Messi had at his age (22). Thanks to his endorsement deals and being on the cover of EA's FIFA 21, he's making more than the two soccer superstars were at his age too.

Neymar is so big he needs only one name. He moved to Paris Saint-Germain from Barcelona in 2017 and was instrumental in propelling the club to its first Champions League final in 2020. He recently signed a contract extension that will keep him in Paris until 2025. He was also integral in bringing Lionel Messi to the team.

Lionel Messi's departure from Barcelona was the end of an era. He was with that club for 21 years during which time he scored 672 goals, had 268 assists, 35 titles, and 78 awards in that time. His salary at Paris Saint-German is lower than what he made in Barcelona, where he took home $875 million in salary and $350 million in endorsements over 21 years.

This year is Cristiano Ronaldo's first year back with Manchester United in more than a decade. Previously, he was the top scorer at Juventus and took home the best player award at the European Championship. Ronaldo played for Manchester United from 2003 to 2009. Ronaldo has made more than $1 billion in career earnings before taxes.