The 10 Highest-Paid Quarterbacks, In Terms Of Per Season Salary

The NFL season is an open-ended question right now due to the ongoing pandemic that is the coronavirus. But! We're hopeful that if we all stay home and keep washing our hands thoroughly, the NFL (and NBA, and MLB, and NHL) season will proceed as planned. With Patrick Mahomes and the Kansas City Chiefs gearing up to defend their Super Bowl title, teams have been dotting their I's and crossing their T's on all the new contract deals for their players and especially their quarterbacks. After all, you can't have a football team without a quarterback! The 34 quarterbacks in the NFL make at least $5 million in average salary. Twenty of those quarterbacks make at least $10 million each season. Nineteen quarterbacks make at least $20 million. Ten of them make at least $25 million a season. Six make at least $30 million on average every season.

One, the Seattle Seahawks' Russell Wilson, is not just the highest-paid quarterback, he's also the highest-paid NFL player at $35 million per season. Wilson and the Seahawks recently signed a four-year, $140 million contract with a $65 million signing bonus.  Coming in just behind Wilson is Pittsburgh's Ben Roethlisberger with an average annual salary of $34 million. Green Bay's Aaron Rodgers and the Rams' Jared Goff are tied for third with $33.5 million in average annual salary. 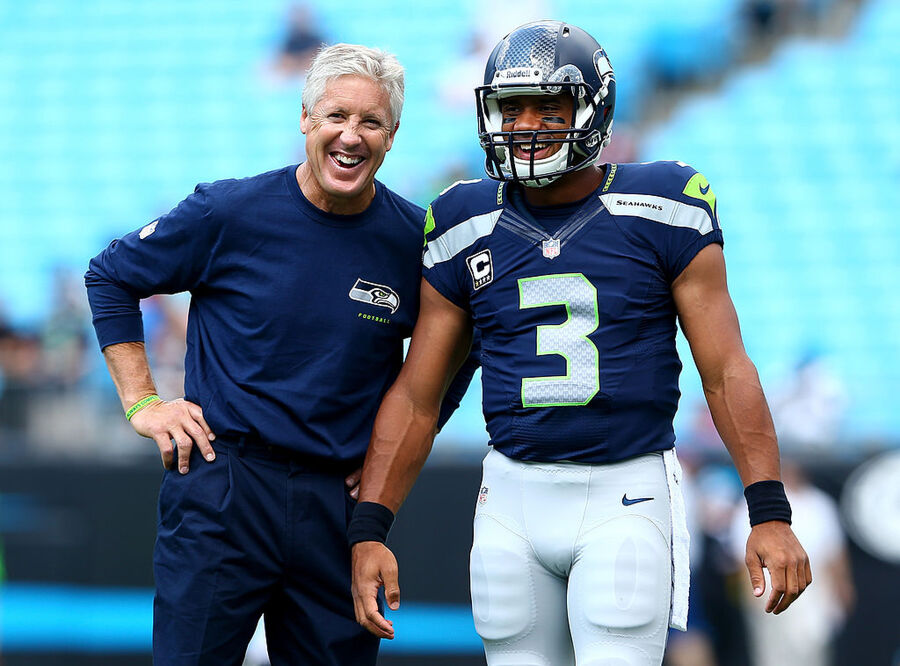 Years with Team: 2019-2020 was Brissett's 3rd season with the Colts. Prior to that, he spent part of one season with the Pats after being drafted by them in 2016 when Tom Brady was serving his suspension for deflate-gate.

Years with Team: 2019-2020 season was his 3rd with the Vikings. Prior to landing in Minnesota, Cousins spent six seasons with the Washington Redskins.

Years with Team: 2019-2020 was Rodgers' 15th season with Green Bay. Over the past 28 seasons, Green Bay has had just two starting quarterbacks, Rodgers and Brett Favre.