By Amy Lamare on January 15, 2019 in Articles › Entertainment

We aren't even sure why we bother to rank the highest-paid comedians, year after year. Almost without fail it is Jerry Seinfeld. This is the case once again this year. Seinfeld made $57.5 million in 12 months to claim the top spot on the list of the year's highest-paid comedians. He brought in this enormous amount thanks to the checks from his 2017 Netflix deal and Hulu's right to stream all nine seasons of Seinfeld. Of that $57.5 million, $30 million of his earnings came from stand up. Since 2006, Jerry Seinfeld has been the highest paid comedian in the world every year except for 2016. Kevin Hart claimed the top spot that year.

Speaking of Hart, he almost claimed the top spot again. He came in second, just $500,000 behind Seinfeld at $57 million. Hart's Irresponsible Tour was the biggest comedy tour of 2018. The tour sold more than one million tickets and netted Hart a $30 million payday. He also starred in the blockbuster remake of Jumanji, which grossed almost one billion globally.

All in all, the 10 highest-paid comedians in the world made a combined $292 million. That is $82.5 million less than 2017's list simply because there were fewer Netflix deals signed. 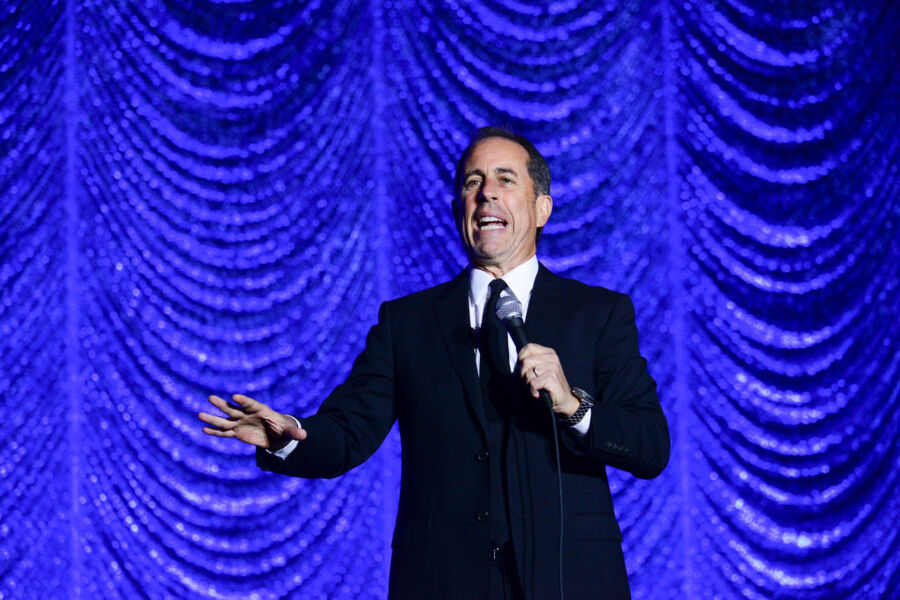 Two comedians from last year's list dropped off this year's – Amy Schumer and Louis C.K. Last year, Schumer became the first woman to appear on the list of the highest-paid comedians thanks to a tour and a very lucrative Netflix special. This year, she did not make the $15 million needed to be on the list. C.K.'s multiple sexual misconduct allegations caused his second Netflix special to be canceled. Additionally, he took time off from his tour.

Gabriel Iglesias returned to the list of the highest-paid comedians for the first time since 2015. His $20.5 million haul is a career best and landed him in sixth place. He performed 136 gigs and signed a three project deal with Netflix last April. The deal includes two new stand up specials and a comedy series. Look for him to be on next year's list too as his Beyond the Fluffy world tour begins in February.

This year's list also includes a newcomer: Ricky Gervais. He grabbed the fifth place spot on the list with $25 million. His Humanity tour was his first stand up tour in seven years. His Netflix special of the same name earned him about $15 million. He is also due to film a second Netflix special that as yet as not been filmed.

This seems like the right time to mention how much Netflix has changed the world of comedy and the salaries comedians make. With an original programming budget as high as $13 billion, the streaming service has revolutionized comedy. It can outbid almost every other network or studio. Netflix released nearly 100 stand up specials in 2018 alone.