The 10 Biggest Political Donors And How They Got Rich

By Amy Lamare on November 3, 2020 in Articles › Entertainment

It costs a lot of money to run for political office, especially at the national level. Running for President of the United States costs hundreds of millions of dollars. For instance, in 2016, Donald Trump spent $450 million and Hillary Clinton spent $770 million on their respective presidential campaigns. Obviously, the candidates have to rely heavily on donations and fundraising in pursuit of their political office. A number of very wealthy people donate to political campaigns regularly. Let's take a look at the top 10 biggest political donors.

Karla Jurvetson is a doctor in private practice in Silicon Valley. She married Silicon Valley investor Steve Jurvetson in 1990. The couple separated in 2015 and their divorce was final in 2018. Steve was an early investor in a number of companies including SpaceX and Tesla. Jurvetson's stake in Tesla alone is worth more than $350 million. Karla is very active in Democratic politics and on the board of Emily's List, the country's largest organization for women in politics.

Jeffrey Yass is the managing director and one of the founders of Philadelphia-based Susquehanna International Group. He is an options trader. He is on the board of directors of the Washington DC-based libertarian think tank Cato Institute. He and his wife Janine live in the Philadelphia area. 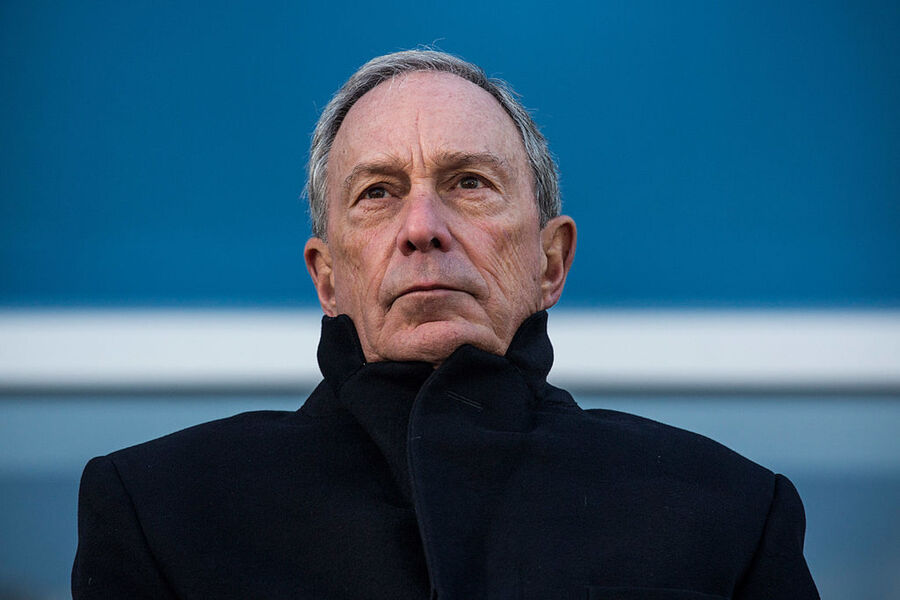 Donald Sussman is an asset manager and the founder of Paloma Funds. He founded the company in 1981. The hedge fund caters to mostly institutional clients with a risk-averse strategy. This worked out well and Paloma delivered profits in 15 of its first 18 years. Sussman sold Paloma to JPMorgan in 2006 for an undisclosed sum.

Ken Griffin is the founder and CEO of Citadel, a hedge fund with $32 billion in assets under management. The Chicago-based company has five core strategies in fixed income and macro, quantitative strategies, commodities, equities and credit. He also founded Citadel Securities, a global market-making business

Timothy Mellon is the chairman and owner of Pan Am Systems, a transportation holding company based in Portsmouth, New Hampshire. He is also Andrew Mellon's grandson and an heir to the Mellon banking fortune.

Richard and Elizabeth Uihlein founded Uline, a shipping supplies company in 1980. Liz is the company's president and all four of their children are executives at the company. Uline has about 7,000 employees and is based in Wisconsin. Richard is a descendant of the founders of Schlitz beer. The couple lives in the Chicago suburb of Lake Forest.

San Francisco-based Tom Steyer earned his wealth through the hedge fund Farallon Capital, which he founded in 1986. Taylor Steyer is Tom and Kat Steyer's, son. Tom and Kat were one of the first people to sign the Giving Pledge in 2010.

Michael Bloomberg made his billions as the founder of Bloomberg, LP. He founded the company in the early 1980s after realizing that financial services firms would pay well for quick access to information. Within 10 years of its launch, Bloomberg LP had installed tens of thousands of its terminals. Bloomberg owns 88% of the privately held company. Bloomberg is also the former mayor of New York City.

Sheldon Adelson is the founder of the computer trade show COMDEX. COMDEX grew to become one of the biggest computer trade shows in the world. He sold it to SoftBank in 1995 for $852 million. Adelson took home $500 million of that. In 1988, Adelson bought the Sands Hotel and Casino in Las Vegas. In 1989 he built the Sands Expo and Convention center, which was the only privately owned and operated convention center in the U.S. at the time. While he was honeymooning in Venice with his second wife Miriam in 1991, he got inspired. Once back in Las Vegas he had the Sands torn down and built The Venetian in its place. He is also the owner of the Las Vegas Review-Journal newspaper.