Thanks To An Investment From Coca Cola, The Two Founders Of Monster Energy Drink Are Now Billionaires.

By Brian Warner on September 2, 2014 in Articles › Entertainment

Forget starting an internet company, joining a hedge fund or exploring for oil. If you really want to become a billionaire, all you have to do is create an energy drink company. Or at least, so it seems. Don't believe me? Just ask the founders of Red Bull, Rockstar and now Monster Beverage Corp. The primary founder of Red Bull, Dietrich Mateschitz, is the richest person in Austria with a personal net worth of $9.2 billion. Dietrich's co-founder, Chaleo Yoovidhya, had a net worth of $5 billion at the time of his death in 2012. Rockstar Energy drink founder Russell Weiner crossed into billionaire status for the first time this past June after an industry experts pegged the enterprise value of his business (which is owned 85% by Russel and 15% by his mother) at $1.8 billion. And now, thanks to a recent investment by Coca-Cola, Monster Beverage Corp co-founders Rodney Sacks and Hilton Schlosberg have also joined the billionaire ranks. Sacks and Schlosberg's rise to the top has been an

Rodney Sacks and Hilton Schlosberg met in South Africa back in 1989. At the time, the British born Schlosberg was working at a UK conglomerate called J. Bibby & Sons. The South African-born Sacks was working as an executive recruiter for a Southern California-based company called Confidential Assignments. For reasons that are not clear today, the duo hit it off right away and immediately decided to quit their jobs and go into business together. They both moved to Orange County, California and began hitting up friends and family to raise money for their new venture. They had no idea what that venture would be, but they somehow managed to raise $5 million.

Thanks to a tip from a banker, Sacks and Schlosberg heard about a struggling, family-owned local business called Hansen Natural. Hansen Natural had been around since the 1930s when a man named Hubert Hansen and his three sons launched a small business that sold juice to film studios and retailers throughout Los Angeles. At some point in the 1970s, Hubert's grandson Tim Hansen launched a more formal iteration of the business using the family name for the label. Everyone reading this has probably seen or drank a Hansen's at some point. Recognize this can? Does this drink still exist?

For a time, Hansen had modest success. After a little more than a decade, the company was generating over $15 million in gross revenues per year with annual profits around $500,000. Unfortunately competition in the mid 80s from companies like Snapple and Gatorade slowly squeezed the business into bankruptcy.

Right before Hansen Natural collapsed into obscurity forever, Rodney Sacks and Hilton Schlosberg made their move thanks to that tip from a banker. In 1992, the pair agreed to acquire the company for $1.71 million in cash plus the assumption of $12 million worth of debt.

Between 1992 and 1997, not much changed at Hansen Natural. But during that same time period, something did change in the beverage industry. That "something" was a little company called Red Bull. Originally launched in 1987 to Austrian consumers only, Red Bull became insanely popular around the world thanks largely to the advent of the "Red Bull vodka" club drink (which according to legend created the same chemical affect as doing a line of cocaine). Red Bull entered America in 1997 and instantly exploded in popularity. By 2003, Red Bull's co-founders were billionaires.

Rodney Sacks was paying very close attention to the rise of this newly invented "energy drink" beverage sector that was being single-handedly dominated (and created) by Red Bull. Seizing the opportunity, in 1997 Hansen introduced its own version of an energy drink under the Hansen label. These early forays into the market were not well received by consumers. But Rodney and Hilton pressed forward.

In April 2002, after testing hundreds of different formulas, Hansen launched the newly named Monster Energy Drinks. Consumers were happy with the taste, but that wasn't Hansen's main reason for instant success. When the drink was introduced to the public, Monster was the same exact price as Red Bull, but the can was twice as big. And speaking of big cans, Monster aggressively marketed the drink using sexy promotional babes who showed up at practically every car show, concert and extreme sporting event that took place around the country. By the way, Rockstar would soon mimic Monster's big cans and big cans (I just came up with that) marketing strategy, to a tee.

Monster Energy Drink became a monster success practically overnight. Consumers had apparently been very thirsty for an energy drink that tasted as good as Red Bull without coming in such a puny little can. Over the next 10 years, Monster grew at a very rapid pace. By 2012, Monster had become the second largest energy drink in the world, behind Red Bull. Also in 2012, Hansen Natural officially changed its corporate name to Monster. The company, which by then was publicly traded, changed its ticker symbol to MNST. By 2013, the company was generating $2.46 billion worth of revenue per year an over $300 million worth of profits.

The company has experienced a few bumps along the way. Rodney Sacks was called to testify in front of Congress over allegations that energy drinks like Monster could lead to heart problems or even death. To their credit, a Monster drink actually has less caffeine than a 16 ounce cup of coffee from Starbucks. 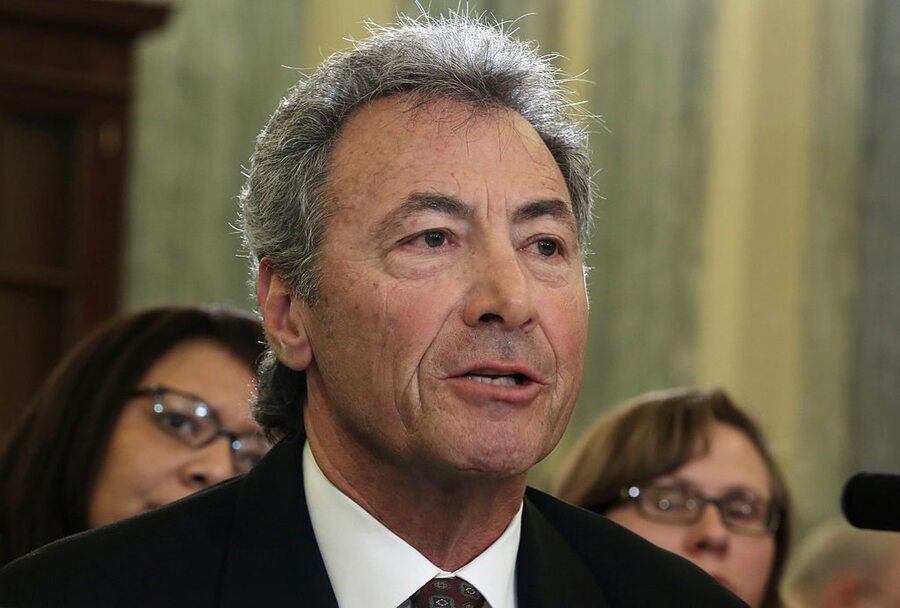 Earlier this month, Monster announced that Coca Cola had agreed to purchase a 17% stake in the company for $2.15 billion. The news sent the share price of MNST through the roof. The day before the announcement, MNST shares were trading at roughly $64. When news of the deal hit, shares immediately jumped above $90. That's a 47% jump overnight. As of this writing, Monster has a market cap of $14.8 billion.

Rodney Sacks and Hilton Schlosberg each own around 9.4 million shares of Monster directly. At $93 a share, their respective stakes are each worth $875 million. Both Sacks and Schlosberg have also sold $200 million worth of shares in the last decade. They also have distributed around 3.5 million shares via family trusts that are now worth around $315 million a piece. When it's all combined, both founders have officially crossed over into billionaire status.

That's a pretty impressive result for a company that was essentially brought back from the dead back in 1992! I wonder if Rodney and Hilton ever went back and gave that banker who gave them the tip about Hansen in the first place, a huge bonus. Or at the very least, a lifetime supply of Monster.

Now if you'll excuse me, I need to go work on my energy drink company so I can also become a billionaire.