By Amy Lamare on July 2, 2017 in Articles › Entertainment

Tennis legend Boris Becker went on a Twitter rant to insist that he is not bankrupt, despite bankruptcy proceedings being brought against him when he failed to pay millions of dollars of debt. The 49-year-old, three-time Wimbledon champion claims to be "surprised and disappointed" and also that he has the "means to repay this debt." And that's what you'd assume, considering he's a guy who earned at least $130 million during his tennis career. But clearly something is funky with his finances based on what just went down this week…

Becker was not present at the bankruptcy hearing. However, the judge accused him of "burying his head in the sand" after the judge heard how much Becker owed. After a 30 minute hearing at London's Bankruptcy and Companies Court, Boris Becker was declared bankrupt. The court ruled that Becker would have to sell his nine bedroom mansion in Spain to pay his debts. 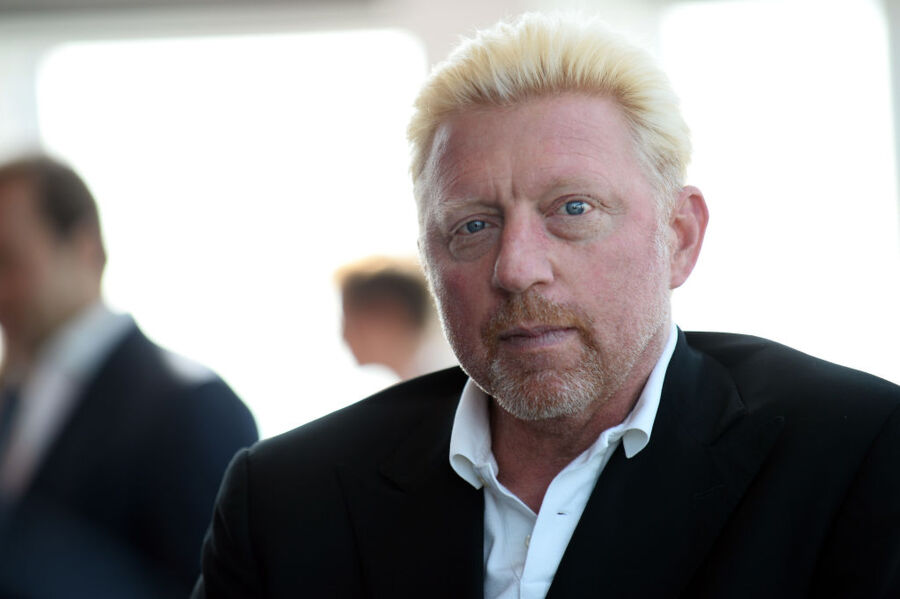 Upon hearing about the bankruptcy verdict, Becker took to Twitter to let the world know that he would be applying to have the order dismissed. He also claimed that he had a deal in place to repay his debt in full in one month and that he had requested to have the hearing postponed.

To his credit, Becker's attorney did argue that they had sufficient evidence to show that the tennis legend would be able to pay his debts very soon thanks to an agreement he had to refinance a property he owns in Majorca. That refinancing is expected to raise $6.7 million.

However, the attorney for Arbuthnot Latham, the merchant bank that sought the bankruptcy order against Becker said that the case had already been postponed once in late April and Becker had not shown any signs of being able to repay his debt. Unfortunately for him, the judge did not think the evidence Becker's attorneys presented showed that he would be able to repay the debt.

Becker's attorney told the court that the tennis star is "not a sophisticated person when it comes to finances." He argued that the bankruptcy order could affect Becker's image, so it was in his best interests to pay off his bank debt.

The judge said: "He should have thought of that a long time ago."

The judgment of debt against Becker was issued in October 2015.

The sum that Becker owes was not disclosed, other than to say it is substantial.

This is not the first time Becker has run into problems with his finances. He had had to shell out more than $25 million to his first wife Barbara and a Russian model named Angela Ermakova, who had his baby after a fling in a London nightclub in 1999.

In 2012, a judge ordered Becker to auction off his villa in Palma, Spain to pay off $286,000 in debt he'd owed to a landscape contractor for a long time.

All the way back in 2002, Becker was found guilty of tax evasion in Germany. He admitted to evading $1.9 million in tax by claiming to live in the tax haven of Monte Carlo when, in fact, he actually lived in Munich. He was fined nearly $560,000 and sentenced to two years in prison, which was suspended for three years.

Boris Becker became a worldwide superstar in 1985 at 17-years-old when he became the youngest player to Wimbledon. He won six Grand Slams over the course of his career. Today he works as a tennis commentator.