Ten Billionaires Who Dropped Out of College

By Amy Lamare on September 16, 2014 in Articles › Entertainment

Folks, it is important to stay in school and get your degree.  Sure these 10 billionaires dropped out at some point in their post secondary education and made their fortunes, but trust us, they are the exception, not the rule. Unless, of course you have a brilliant idea to transform an industry and the means with which to start on that path without a degree… then by all means go for it. The truth is many drop outs end up never achieving the same levels of success as those who got their degrees.

While there are 2.5 million people with a PhD and 30 million college dropouts in the U.S., we have to admit that these 10 billionaires are exceptionally intelligent people who built their careers and companies from the ground up. They had a clear picture of what their future would look like and wanted to get started on that without any more delay.

David Geffen was never much of a student.  He graduated from high school with a C-/D+ average and attended three semesters at University of Texas at Austin before dropping out. He then enrolled at Brooklyn College and dropped out again when he took a job in the entertainment industry.  Ten years later he founded Asylum Records. In 1980 he founded Geffen Records, and in 1990, DGC records.  He is also one of the three co-founders of Dream Works SKG.  David Geffen has a net worth of $6.9 billion dollars.

Sheldon Adelson is the CEO of the Las Vegas Sands casino empire. He is the founder of the hugely successful computer trade show Comdex. With a net worth of $29.5 billion, he is one of the richest men in the world. When he was 12-years old he borrowed $200 from his uncle to start selling newspapers.  At 16, he got involved in a candy vending machine business. He enrolled in the City College of New York to become a court reporter but dropped out after two years to join the Army.  He spent time as a salesman, consultant, and tour-business operator before starting a charter-tour business that made him his first millions.  In his 30s he made and lost his million dollar fortune twice.  Off those failures he started Comdex, the trade show for the computer industry in 1979. Adelson hit upon the right idea at the right time. He made millions leasing exhibition space. In the late 1980s, he bought the Sands Casino.

The late Apple and Pixar founder dropped out of Oregon's Reed College after only six months. However, he admitted that a calligraphy course he took in college inspired the font used in the first Mac. In 1974 he took a job at Atari as a video game designer. He didn't last long as he wanted to travel to India, so he left that job.  At the age of 21, Steve Jobs founded Apple Computers with Steve Wozniak in his garage. Their idea was to make computers smaller and more accessible to everyday people. When Jobs died in 2011, he was worth $10.2 billion dollars.

Michael Dell founded Dell Computers while he was a student at the University of Texas at Austin.  He was already making his own computers and selling them to customers while matriculating at UT. Before he dropped out of college at the age of 19, he'd already made $80,000 selling his computer kits. During his first year on the market with his Dell Computers he made $6 million in sales. Today, Michael Dell is worth $21.7 billion.

Ralph Lauren dropped out of Baruch College to join the Army. After a two year tour of duty in the Army, Lauren took a job as a sales assistant at Brooks Brothers.  He soon left to become a salesman for a tie company. At some point at this new job, Ralph began designing ties of his own. In 1966, the 26 year old Lauren designed a wide necktie. The company he worked for rejected his designs, believing they'd never sell. Well, take a look back through any family photos from the 1970s and you'll see that Ralph was right and his employers were way off the mark when it came to wide neckties. Lauren soon quit and started his own company which specialized in taking rags and turning them into neckties. He sold these ties to small mom and pop style stores one by one, all across New York City. Eventually, Neiman Marcus approached him and ordered 100 dozen. An empire was born. Over the years, Lauren's company grew from just neckties into one that offers menswear, women's wear, shoes, fragrances, and jewelry.  Ralph Lauren has a net worth of $8.2 billion.

Paul Allen was a serious computer programmer long before Microsoft. As a high school student, Allen got a perfect score on the SAT and enrolled at Washington State University. He dropped out after two years and moved to Boston to take a job as a programmer for Honeywell. In Boston he met up with his childhood friend Bill Gates and convinced him to drop out of Harvard to start Microsoft together. Allen, now worth $17.1 billion, is a serious philanthropist, the founder and chairman of Vulcan, Inc, and owner of the Seattle Seahawks and Portland Trail Blazers.

Ted Turner, billionaire media magnate, founder of the world's first 24 hour news network CNN, was expelled from Brown University after being caught with a girl in his dorm room. (Oh how times have changed!) Instead of enrolling in another university, Turner took a job at his father's advertising agency, Turner Advertising. After his father's death, he took over the company, renamed it Turner Broadcasting and made it bigger and more successful than ever. He was just 24 years old at the time. Today Ted Turner has a net worth of $2.2 billion. 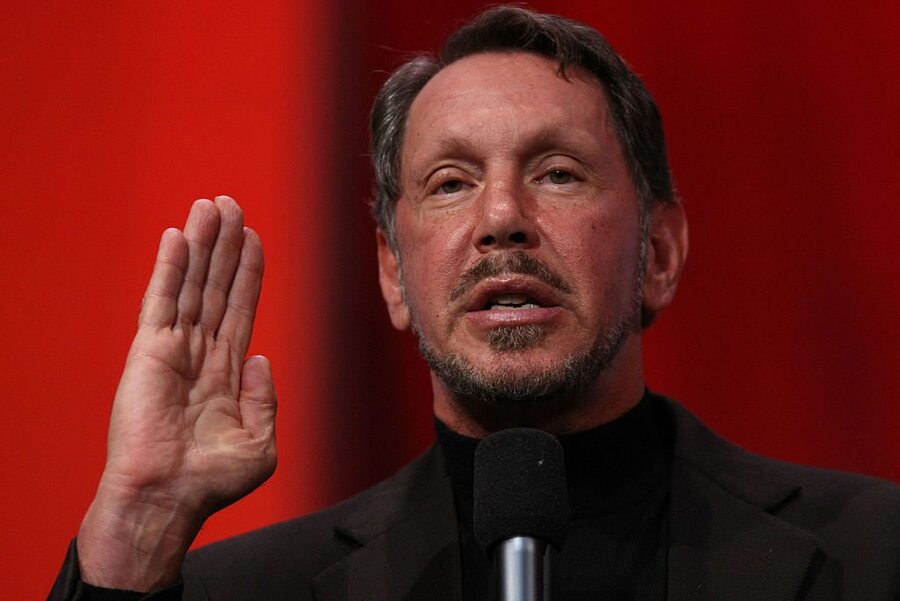 Oracle co-founder and CEO Larry Ellison was born the son of a 19-year old single mother in the Bronx and adopted by his aunt and uncle in Chicago. He enrolled at the University of Illinois in 1962, and was named Science Student of the Year.  During his sophomore year his adoptive mother died and he dropped out.  The following fall he enrolled at the University of Chicago but soon dropped out to move to Northern California to work as a programmer for Amdahl Corporation.  In 1977 he and two co-workers founded Software Development Corporation with Ellison as CEO. The company became known as Oracle. Larry Ellison is America's third richest person and the sixth wealthiest in the world with a net worth of $51.8 billion.

Mark Zuckerberg holds the distinction of being the youngest billionaire in history. As the now famous story goes, Zuckerberg launched Facebook in 2004 from his Harvard dorm room.  By the end of Facebook's first  year, the fledgling social network had over one million users and Zuckerberg saw no reason to remain at Harvard. So he dropped out during his sophomore year and moved to Silicon Valley to devote himself to Facebook full time. Chances are, had Zuckerberg not matriculated at Harvard for at least some time, Facebook probably wouldn't exist at all. Mark Zuckerberg has a net worth of $32.5 billion.

Bill Gates is probably the world's most famous dropout. With a net worth of $86 billion, the Microsoft co-founder, philanthropist, and Giving Pledge architect regularly tops the list of the world's richest people. He was the wealthiest in 2013, and it looks like he will keep that title for 2014. Gates enrolled at Harvard in 1973 and attended the university for two years before dropping out to build Microsoft with childhood friend Paul Allen. In 1975, they named their partnership Micro-Soft. In 1987 Bill Gates became the youngest self-made billionaire.