By Paula Wilson on January 23, 2014 in Articles › Entertainment

Ask just about any child between the ages of 5 and 10 what they want to be when they grow up, and they'll have an instant answer.  Their answers usually range from "doctor", "teacher", or "astronaut", to more fanciful responses like "mermaid" or "intergalactic space fighter".  Very few children will say, "I want to be a multi-platinum pop/country crossover star".  However, if anyone had asked a young Taylor Swift what she wanted to be, she might have given an answer pretty close to that.  The massively successful singer-songwriter, who now has a net worth of $150 million, knew what she wanted very early on, and went for it with everything she had.  She would not take no for an answer and her tenacity has made her a music phenomenon.  She is so famous within music circles that news that she did not receive a 2014 Oscar nomination for her track, "Sweeter Than Fiction", made more headlines than the actual nominees.  Some say, luck is when opportunity and preparedness meet, and Taylor Swift has made sure to manufacture her own luck in everything she does.  Here's how a little girl raised on a Christmas tree farm in Pennsylvania rocketed to worldwide music super-stardom. 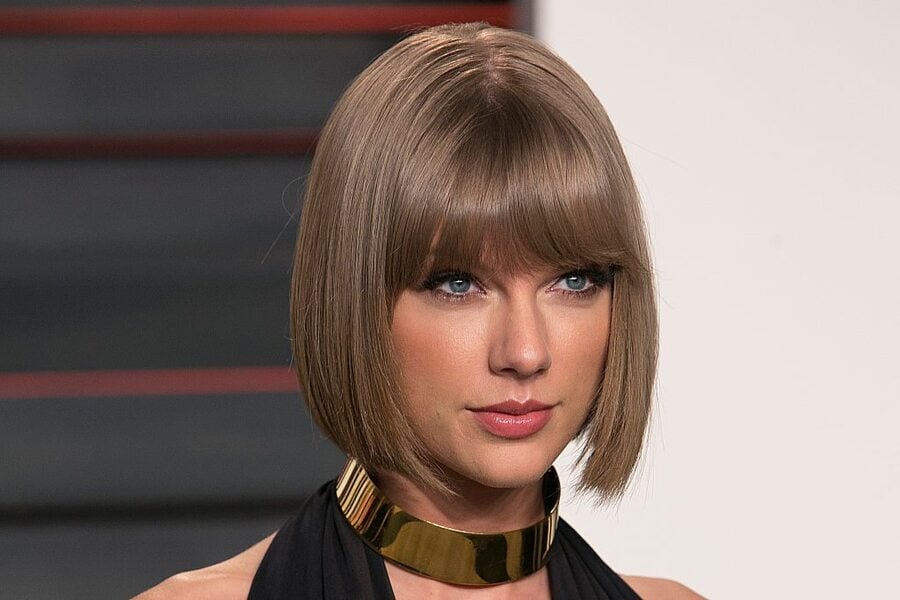 Taylor Alison Swift was born in Reading, Pennsylvania on December 13, 1989.  She grew up in Cumru Township, Pennsylvania with her mother, father, and younger brother.  Her family life was as wholesome as it could get.  She went to Bible School, learned how to ride horses and competed in English horse riding competitions, and went to a co-ed private school.  Her entire family summered on the Jersey shore each year.  For all intents and purposes, she lived a storybook childhood.

As idyllic as her world appeared to be, Taylor wasn't satisfied.  She had big ambitions.  She discovered a love of singing and country music when she was nine, and spent the next few years honing her performance skills, singing in musical theater productions, coffee shops, fairs, and local events.  She opened for Charlie Daniels at the Strausstown amphitheater and began to focus more and more time on her burgeoning music career.  Her laser-like focus and big dreams made it difficult for her to connect with other children her age, and she became increasingly isolated.  When she was eleven, she convinced her mother to take her to Nashville during her spring break.  She left demo records with every record label she could while in the city, but was rejected by everyone.  Rather than giving up, she examined why her demo was unsuccessful.  She realized that she sounded too much like every other music star at the time, and that she needed "to figure out a way to be different". 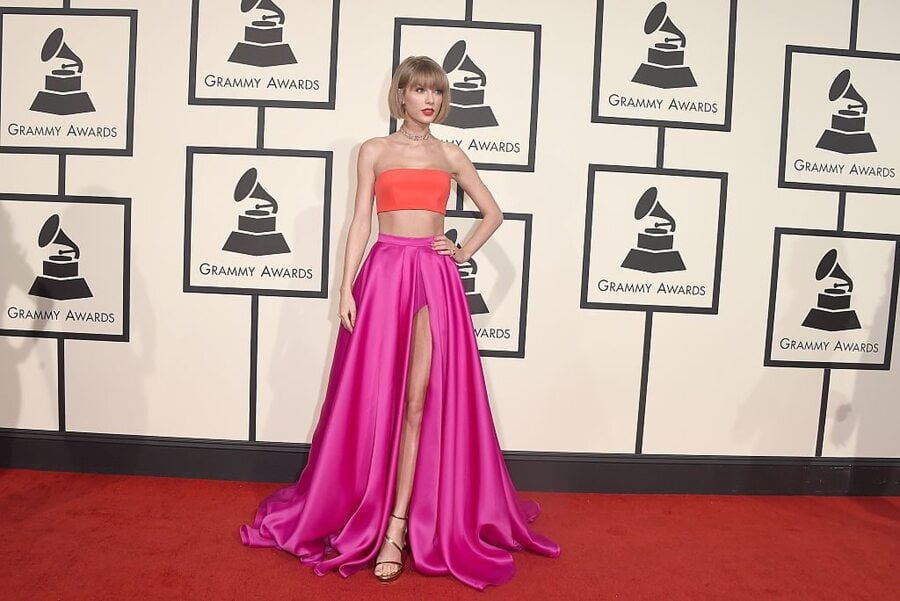 That way to be different fell into her lap when she was twelve.  A computer repairman taught her how to play a few chords on the guitar, and suddenly Taylor discovered her own unique voice.  Already an award-winning poet, she began writing her own songs.  Her first song, "Lucky You", was built around the three chords she knew.  She expanded her understanding of the guitar and her songwriting from there.  When she was 13, she began a hardcore media push, spearheaded by music manager, Dan Dymtrow.  In quick succession, she appeared in an Abercrombie and Fitch "Rising Stars" campaign, had one of her songs featured on a compilation CD put together by Maybelline, and performed at the RCA Records showcase, all while finishing eighth grade.  She secured a development deal with RCA, and when her parents realized that her burgeoning career was going to require multiple trips to Nashville, they simply picked up and moved.

Once in Nashville, she began writing her own tracks with a number of local songwriters, including Liz Rose.  Her record label wanted her to record other people's songs, but she wanted to record her own.  Ultimately, she walked away from them after a year.  She knew what she wanted to say and she had written the songs she wanted to perform.  A Dreamworks executive heard her sing her own work at a showcase, and he decided to sign the 16-year old singer to his new label, Big Machine Records.  He allowed her to have almost total control over her first album.  This included bringing in the engineer who had worked on her demo, to produce the project.  It was his first full-length album, as well as hers.  The combination proved to be a good one.  She released four singles from her debut, "Taylor Swift", and two reached #1 on the Billboard Country charts.  She became the youngest person to write and perform a #1 country sing ever, and received excellent reviews from every publication from The New York Times to Rolling Stone.  Over the course of the next year, she would win award after award, while touring extensively.  She became known for talking with her fans after concerts for hours at a time.  She became the youngest person to ever receive the Nashville Songwriters Association's Songwriter/Artist of the Year award.

Her second album, "Fearless", was even more successful.  Released in 2008, the album successfully traded on a pop/country crossover sound, and suddenly, every teenage girl was bopping along to Taylor Swift.  The album became the best-selling album of 2009 and netted her four Grammy Awards.  She became the youngest Album of the Year Award winner ever honored by the Grammy Awards.  She has since released two more ridiculously successful albums, and has won two more Grammy Awards.  She is the only female artist to have ever had two albums sell more than a million copies in their first week.  She has sold 26 million albums and 75 million of her tracks have been digitally purchased.  At just 24, she has achieved a level of power in the music world that usually takes decades to achieve.  In addition to her music career, she has also launched a moderately successful acting career, appearing in such film and television projects as "CSI: Crime Scene Investigation", "Valentine's Day", and "The New Girl".

She has grown up over the years, of course, and her current tour in promotion of her album, "Red", is more adult than her previous concert series.  There has been some controversy about that, as audiences seem to like their favorite artists to remain the same forever.  However, Taylor, for all her mainstream success, has seemed to march to the beat of her own drummer quite well.  The growth of her public image is just one more example of that.  Taylor Swift has stuck to her guns, written the music she wanted to hear, and has figured out a very successful way to be different.  Most musicians toil for 20 years or more to achieve what she accomplished between ages 12 and 15.  (If they achieve notice at all.)  Some might call her lucky.  She would probably say her career is partly a case of opportunity and preparedness meeting, and partly raw ambition, talent, and a supportive family.  Combined, she had the perfect recipe for turning what she wanted to be when she grew up, into a reality.