Taylor Swift Is The Highest-Paid Celebrity Of The Year, With $185 Million

Taylor Swift has been in the news a lot lately. First, her former label, Big Machine Records, who would be nothing without her as she was their first artist and is responsible for about 80% of all revenue the company brings in, sold her master recordings to Scooter Braun, a man who has harassed her for years, for $300 million. To be fair, Scott Borchetta, Big Machine's founder sold the label and its assets to Scooter Braun, but as we said, Taylor Swift is Big Machine.

Anyway, she left that label in November, after being with them since she was 15, because Borchetta wouldn't sell her master recordings to her. So you can see why she got a little upset when he turned around and sold them to Justin Bieber's manager. Anyway, Taylor gets the last laugh because not only does her Universal Music Group deal give her ownership of her masters going forward, but she's also the highest paid celebrity of the year. Taylor Swift brought in $185 million over the past year. This is her biggest year for earnings to date yet, and is a 131% raise from 2018's $80 million.

This isn't the first time she's been the highest-earning celebrity. She last grabbed the number one spot in 2016 with a $170 million take thanks to the 1989 World Tour. Of course, touring continues to be one of the biggest revenue streams for the "Shake It Off" singer. Her Reputation Stadium Tour made even more money than her 1989 World Tour to become the highest-grossing tour in the United States with $266.1 million domestically. The 53-date tour went to 36 cities, seven countries, and four continents and grossed $345 million overall. 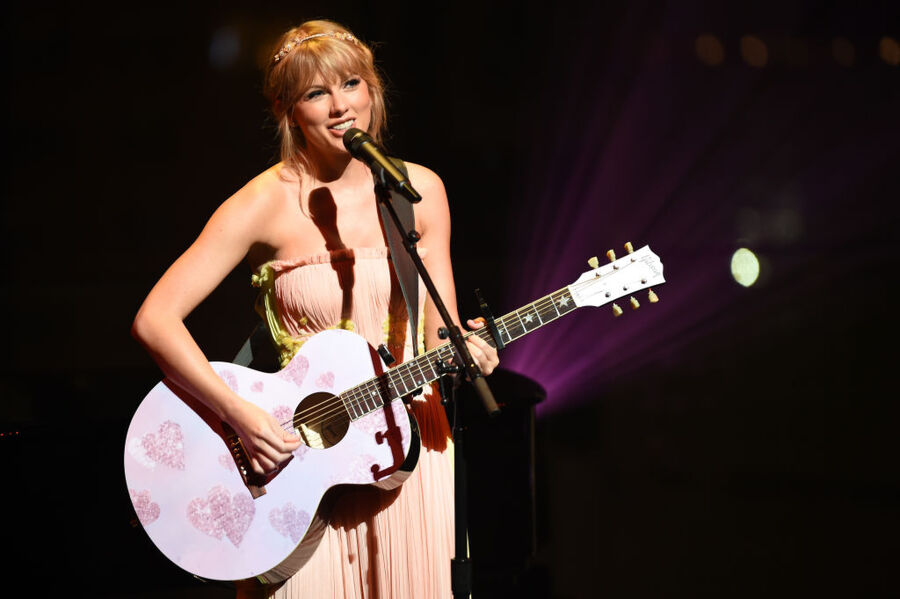 On New Year's Eve, Netflix streamed Swift's Reputation Stadium Tour. Not only did Netflix purchase the exclusive rights to the tour for the live concert special, they also secured endorsement deals with Apple, Diet Coke, and AT&T, which put millions more into Taylor Swift's pockets.

Her next album, Lover, is due out August 23rd. As part of her deal with UMG, she will retain ownership of anything she creates. Another tour is surely in the ranks, so Swift isn't dropping off the list of the highest-paid celebrities anytime soon. Remember Taylor, the best revenge is a life lived well.

After Swift, two members of the Kardashian family are in the 2nd and 3rd slots – Kylie Jenner and Kanye West. Rounding out the top five are soccer star Lionel Messi and Ed Sheeran. Below are the 15 highest paid celebrities of the year.

Dwayne Johnson is the highest paid actor in the world and the 15th highest paid celebrity. He commands eight figure salaries for films like Jumanji: Welcome to the Jungle.

The quarterback for the Seattle Seahawks signed a four year, $140 million contract extension in April that made him the highest-paid player in the NFL.

The beloved Harry Potter author is the highest-paid writer in the world, but the bulk of her 2019 earnings is not from books. She brought in eight figures in royalties for theme parks, the Harry Potter and the Cursed Child($2.3 million) play, and the Fantastic Beasts: The Crimes of Grindewald, which earned $650 million at the box office.

The shock jock is the world's highest-paid disc jockey thanks to his lucrative contract with Sirius XM. His contract is up in 2020 and he is considering retiring. His book Howard Stern Comes Again debuted at #1 on the New York Times'Best Seller list.

The Swiss tennis star, at 37, briefly returned to the top of the men's tennis rankings in 2018 and in doing so became the oldest player to be ranked #1. He's also got a number of lucrative endorsement deals including a 10-year, $300 million deal he signed with Uniqlo in 2018.

Alvarez is one of the biggest boxing pay-per-view stars out there and DAZN locked him down in 2018 with a $365 million deal to stream his next 11 fights.

It seems improbable that Dr. Phil would still be in the top 10 of highest-paid celebrities but he is. His talk show is still the top rated one out there and he's a founder of the app Doctors on Demand, which has a $300 million valuation.

The vintage rock band hit the road for the first time since Glenn Frey's 2016 death last year. Their "An Evening With the Eagles" show grossed $3.5 million per stop.

As usual, soccer (or, you know, football to the rest of the world) stars fare very well on the highest-paid celebrities list. Neymar is currently enjoying a five-year, $350 million contract with Paris Saint-Germain that expires in 2022.

The Portuguese soccer star is the most followed athlete on social media with 400 million followers. Within the first 24 hours, his new Juventus jersey was in release, the football club sold 520,000 jerseys worth $60 million.

Ed Sheeran's Divide Tour, which wraps up this summer after two years and 218 shows, has grossed more than $600 million worldwide so far.

The highest-paid soccer player in the world makes over $80 million a year through the 2020-21 season with Barcelona. He also has a lifelong endorsement deal with Adidas.

Imma let you finish Kanye, but Taylor Swift (and your sister-in-law) made more money than you. Apparently Kanye has sold $1 billion in Yeezy sneakers over the past 12 months.

Forbes is claiming that Kyle Cosmetics sold $360 million in lip kits and other makeup in 2018. She launched her Ulta distribution deal in 2018 and sold $55 million of Kylie Cosmetics products in just six weeks.

The Reputation Stadium Tour is the highest grossing tour in U.S. history at $266.1 million. Her first single with her new UMG deal, "ME!" debuted at #2 on the Billboard Hot 100 and had 100 million views on Vevo in 79 hours – which is a record for the video streaming site.