By Amy Lamare on December 1, 2017 in Articles › Entertainment

Tamara Ecclestone has the life. She's a 33-year-old heiress with a $300 million net worth. Her father is Formula One billionaire Bernie Ecclestone. Tamara's closet alone is drool worthy. She has 22 pairs of Gucci shoes, 81 pajama sets, 72 pairs of designer sunglasses, and an entire wall of Chanel handbags. She owns 47 clutch handbags by Chanel and 33 by Jimmy Choo. Her closet contains 75 floral dresses alone. Tamara has admitted that she has so many clothes, shoes, and handbags that she regularly finds things in her own closet that she'd forgotten she owned.

To say her life is lavish is an understatement. 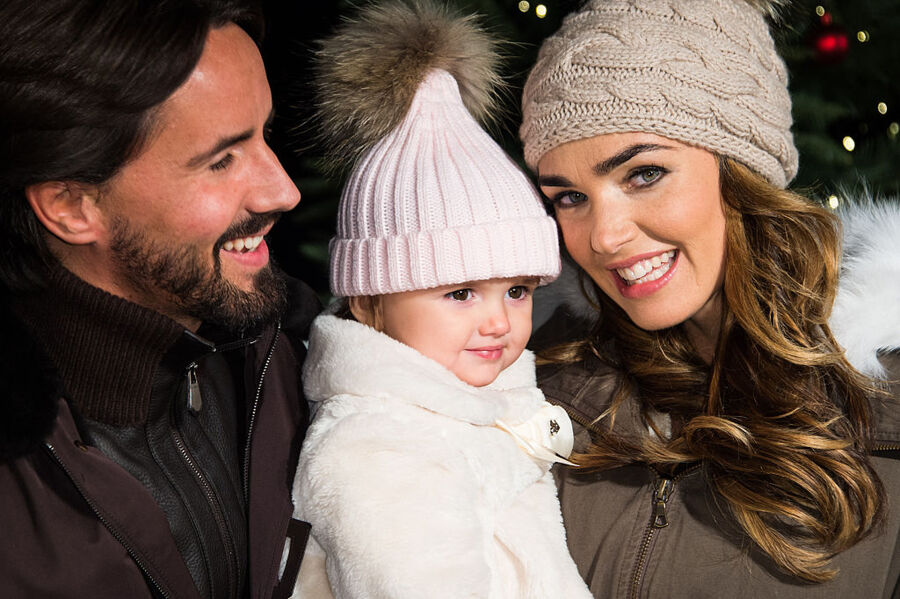 Ecclestone's four story home in Kensington is on the most expensive street in London and is valued at $120 million. The mansion has 57 rooms, but Ecclestone, her husband Jay Rutland, and their daughter Sophia live in just three of them: the living room, the kitchen, and the bedroom. Tamara's two personal assistants run her household. The women, Dani and Megan, claim they do the work of five people. The house has a staff of more than 50 who keep busy organizing her wardrobe, making her bed, and cleaning her gold bathtub. Ecclestone even has a dedicated staff member to walk her nine or 10 dogs.

Ecclestone married her husband, a 35-year-old businessman in 2013. Tamara's younger sister is Petra Ecclestone, who was recently in the headlines when the details of her contentious divorce from James Stunt became public.

Tamara has been in the headlines for more than a decade. She was a well-known socialite and party girl who posed for Playboy in 2013. But, since the birth of her daughter, Ecclestone has stated that her party days are very much over. Instead of expensive designer dresses and sky high stilettos, her wardrobe these days is more likely to be leggings, sweaters, and sneakers.

Despite her enormous wealth, Ecclestone is a bargain shopper who regularly hits Costco for bargain basement bulk items. She reportedly gets this bargain shopping gene from her father Bernie, who she says is the biggest lover of a sale or a deal ever. Though the Ecclestone family has billions. She recently told The Evening Standard:

"Yes, I like nice things, but if there is a way to save money or have a deal — my father will always say: 'Look for the deal, ask for a discount, you will always get it, don't just pay the first price. I do go to Costco and if there is money to be saved, why wouldn't you? It doesn't matter how much you have, if you can pay less for something, then you should."

There you go. Even billionaires and multi-millionaires love a good deal. Something tells us, however, that Tamara Ecclestone isn't wandering the aisles of Costco herself. Rather, one of the more than 50 household staff she employees is more likely to be the person to pick up discounted toilet paper and Advil. After all, the heiress does own an expensive collection of Hermes Birkin handbags worth nearly $400,000, including a custom Birkin emblazoned with an image of Tamara and her daughter, a gift that set her husband Jay back a cool $26,600.