By Amy Lamare on October 27, 2017 in Articles › Entertainment

Reality TV star and R&B singer Tamar Braxton recently announced that her newest album "Bluebird of Happiness" will be her last. News also broke that her husband Vincent Herbert was ordered by a court to repay a $3.7 million advance that was the subject of a lawsuit. Now, the couple has decided to sell their enormous Mediterranean mansion in Calabasas, California for $15 million.

The couple married in 2007 and bought their 13,716 square foot home in the Estates at The Oaks gated community in 2013. They paid $10.5 million for it. The home sits on two acres and has seven bedrooms, nine full bathrooms and two half bathrooms in the main house and guesthouse. 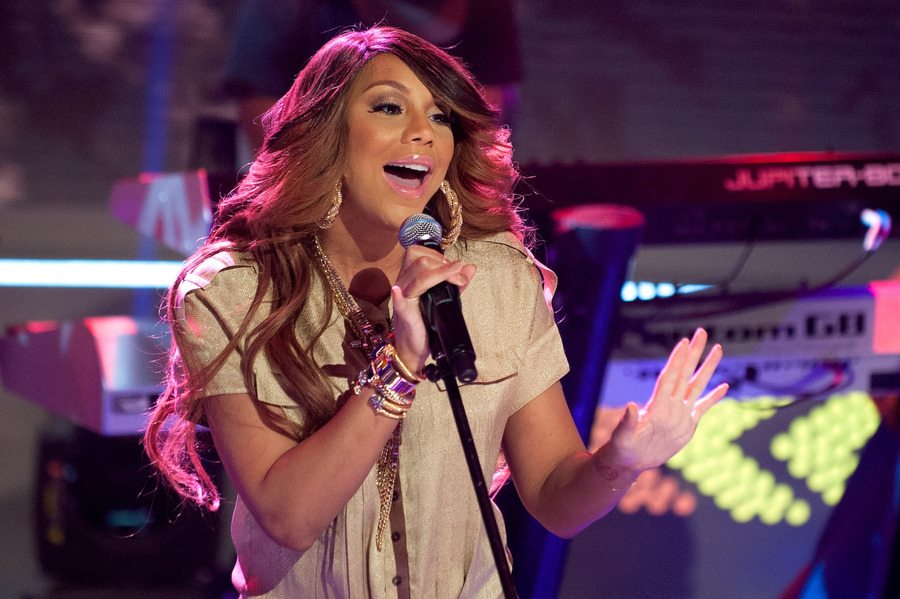 The grand entryway features a foyer with black and white floral patterned tile and a wrought iron staircase that curves up the stairway to the second floor bedrooms. The main living space occupies the back of the home and features hardwood floors laid in a chevron pattern.

The three story home also has a theatre, game room, wine cellar with tasting room, an office, recording studio, elevator, security camera, a man cave with barber chair, gym, and a below ground garage that can hold more than 12 cars. The home also has a champagne bar with tufted velvet sofas and a wood-paneled ceiling. It was designed to look like The Dorchester Hotel in London. The kitchen features elaborately carved cabinets, a commercial grade stove, and granite counter-tops. The mansion is U-shaped around a grassy yard with swimming pool and spa. The property has panoramic view of the mountains.

If you have $15 million to drop on this enormous house, your neighbors will include Kourtney and Khloe Kardashian, Blink-182's Travis Barker, Michael Jackson's mom Katherine, and Dr. Phil McGraw's son Jay.

UPDATE: In April 2018, after several price drops, the house was finally sold for $9.25 million.