Talent agency Endeavor is making moves towards an initial public offering that would tag the agency with a $10 billion valuation. If that comes to be,  CEO Ari Emanuel and executive chairman Patrick Whitesell will be very very very wealthy. The exact timing is not yet set, but the listing is expected some time in the next few months.

Endeavor's IPO prospectus indicated it will offer 21.3 million shares for sale to the public, projected to be priced at $23 to $24 per share. Shares will trade under the symbol "EDR" on the New York Stock Exchange.

Emanuel and Whitesell will control a combined 37.6 million of Endeavor's 429.7 million shares. The investment firm Silver Lake is the other controlling shareholder. Emanuel, Whitesell, and Silver Lake hold 89% of the voting control of the 26-year-old company.

If Endeavor hits that $24 a share price, Ari Emanuel and Patrick Whitesell would have a combined net worth of around $900 million. That's enough to make them vastly richer than the majority of the acting and athlete clients. They will be the richest talent agents of all time.

In a separate deal, Endeavor raised $835.7 million to take full control of the UFC. They also have arranged $950 million to be used as working capital for the sports league. Endeavor acquired a majority interest in the UFC in 2016 in a deal that paid brothers Frank and Lorenzo Fertitta $4 billion. 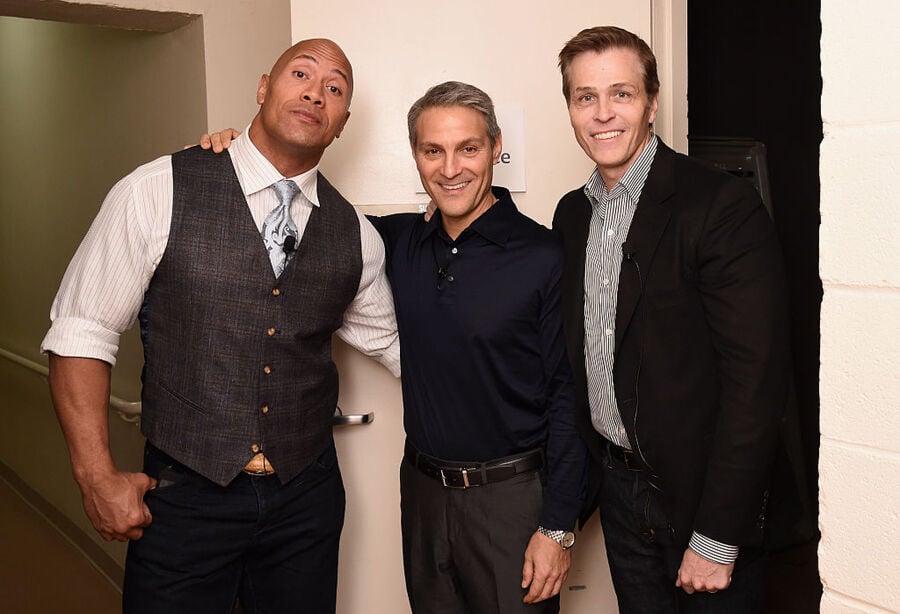 This isn't the first time Endeavor has planned an IPO. The company backed out of a 2019 IPO at the last minute after it received a cold reception from investors.

Endeavor is the parent company of WME (William Morris) and IMG. The IPO filing reveals the company has $5.92 billion in debt if the shares debut at $24 per share and the full buyout of the UFC goes through. The company has a cash balance just below $2 billion.

The IPO filing also revealed that Endeavor purchased Reigning Champs, a college athlete preparatory business for $200 million, and Flight Scope – a production, data, and tracking firm in the golf and tennis event industry – for $35 million. Endeavor also added Elon Musk to its board of directors.

The pandemic-related shutdown of production and sporting events led Endeavor to post a net loss of $625.3 million in 2020.

CEO Ari Emanuel started his career in the CAA mailroom before becoming a talent agent at ICM.

Tom Strickler co-founded Endeavor with Emanuel after a career at CAA and ICM. Patrick Whitesell joined from CAA several years later. In 2009, Endeavor merged with William Morris Agency, in a deal spearheaded by Emanuel.