By Simon Gerard on September 14, 2011 in Articles › Entertainment

Swizz Beatz is having a hot year, starting with his first Grammy win with Jay-Z earlier this year for the single "On to the Next One".  He made headlines again when he was announced the new Vice President of Creative Design & Global Marketing for Lotus Cars Group. This adds to resume that already includes serving as a creative director for both Reebok and Kidrobot.  Only selling in the States since 2005, Lotus Cars Group is looking to make some power moves over here. They thought Swizz Beatz, a known connoisseur of Lotus sports cars, among other luxury sport car brands, would be a great fit for their team. Lotus said they admire his entrepreneurial success and his sense of art, music and design. 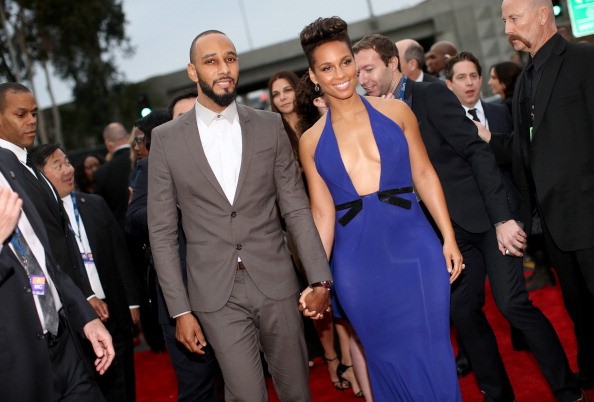 For those not familiar with Lotus, they are a British sports and racing car manufacturer that was founded in 1952. They are known for their compact, light-weight designs that produce high acceleration with great handling. They also have a very successful history in Formula One racing, before a break from 1994 until last year when they teamed up with Renault, a French car maker and racing team. Lotus is also infamous for helping with the design and manufacturing of the Delorean DMC-12, the car used in the Back to the Future movies.

The model he picked up for his wife Alicia Keys is a Lotus Elise (on his birthday, by the way), which is priced between $50,000 and $60,000. Not bad for a unique sports car you don't see every day. This two-seater coupe is rear wheel drive, powered by a small 1.8 liter engine. I imagine Swizz Beatz sprung for the S model, with is super-charged to 217hp with 184lbs of torque. That doesn't sound like much, but the lightweight of the Elise makes up for it. This Lotus weights in at less than two tons, with a comparable Audi TT Coupe weighing over three tons. And its got great mileage too, if you're into that kinda thing.

So not to let Swizz Beatz feel left out on his own birthday, Lotus gifted him a brand new 2012 Evora GTE. This GTE version of the Evora is way faster than Alicia's Elise, which is great because you'd be choked if your wife could beat you in a race.  This model is set to debut officially at Frankfurt Autoshow this year and has yet to be released, which means Swizzy might be the first to actually own one.  Thie Evora GTE is fitted with a race-tuned 3.6 liter V6 that produces 444hp in an ultra-light body. This model of course stays true to their light-weight tradition, but goes further with many parts being replaced with carbon fiber in-place of already-light aluminum. This is the most powerful Lotus ever offered, with existing Lotus Evora models costing between $65,000 and $80,000 the GTE should hit the six-digit mark.  Swizz Beatz's Evora GTE also came with a custom matte yellow and black paint job. We'll have to wait and see when an official swizz Beatz edition Lotus is released and how many rap videos it appears in.