There are lots of rumors floating around about Robert Kuok's wealth and possessions. One of the famous rumors is that he paid $6 billion for a custom built, gold plated yacht decorated with dinosaur bones. This rumor has turned out to be false. On the other hand, Robert could afford a $6 billion yacht if that's what he wanted. Kuok's net worth is $15.7 billion, making him not just the richest person in Malaysia, but also the second richest in Southeast Asia behind Dhanin Chearavanont of Thailand. He has been the richest man in Malaysia since 2002. How did he make his billions? In the sugar business. It's been a sweet life for the Sugar King, let's take a look…

Robert Kuok was born in 1923 in Johor, Malaysia's southernmost state. He is the youngest of three boys and his father was a Chinese immigrant and agricultural commodities trader. Kuok was a college student at Raffles College in Singapore when the Japanese bombed the island and declared war. As a result, he moved back to Johor and worked as the head of the rice department for then what was a trading company, Mitsubishi Corporation.

When Kuok's father passed away in 1948, he founded Kuok Brothers with members of his family to trade rice, sugar, and wheat flour. In 1959, he set up the Malaysian Sugar Manufacturing company which soon become the biggest sugar refinery in the country, controlling 60% of the domestic sugar supply. Sounds impressive, right? It's only the tip of the cupcake. By the 1970s, Kuok was known as the "Sugar King" after obtaining control of five percent of the world's sugar market. He must have a heck of a sweet tooth.

How did Kuok get such massive world control of sugar by the age of 37? He executed some savvy strategic moves. In 1963, bets Kuok had placed in the physical sugar and futures markets paid off when a hurricane decimated Cuba's sugarcane plantations and mills. Suddenly, his sugar was in greater demand. In 2009, Kuok, by then a billionaire, sold the family controlled Kuala Lumpur-based PPB Group's sugar investments for $389 million. 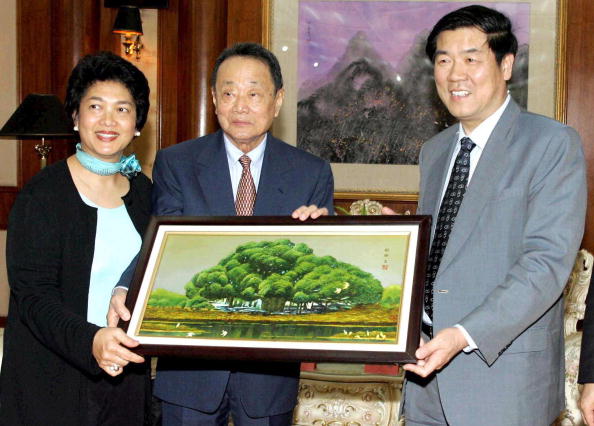 But we've jumped ahead. In 1971, Kuok built his first Shangri-La Hotel in Singapore. Six years later, in 1977, he opened the Hong Kong outpost of Shangri-La. In 2011, Shangri-La Asia, the region's largest luxury hotel group, managed 72 hotels, with half of them located in China.

In 1989, during China's crackdown on the pro-democracy demonstration in Tiananmen Square, Kuok forged ahead with his plans to build, in partnership with the government, the China World Trade Center in Beijing. In 1993, Kuok, now heading up the Kerry group, which he founded, started a bottling deal with Coca-Cola.

By 2007, Kuok took his plantations, grains businesses, and edible oils and merged them with Wilmar International, a Singapore based conglomerate, which made it the biggest palm-oil manufacturer in the world.

Robert Kuok has been married twice and has eight children, some of whom run companies he controls. He lives in Hong Kong on Deep Water Bay. Though Kuok officially retired in 1992, he has not stopped going into the office and has not named a successor, prompting a legal battle for control amongst his many children. Robert Kuok is worth $15.7 billion and is very media-shy, seldom giving interviews. Most of his companies are privately held by him independently or his family. His businesses include sugarcane plantations and refineries, flour milling, mining, oil, hotels, trading, finance, publishing, and freight.