By Simon Gerard on October 19, 2011 in Articles › Entertainment

Uber-reality TV producer Mark Burnett has teamed up with fast-food monster McDonald's to launch their own TV channel. The channel plans to start in central and southern California in approximately 800 locations, which is expected to reach around 18 to 20 million people.

Today, the  big broadcast networks of CBS, ABC and NBC are all loosing viewers to the range of specialty channels, cable channels and steaming services like Netflix, Hulu and YouTube. And with TV advertisers struggling to get the attention of the public due to streaming services and DVRs, Burnett, his digital production company Vimby and MCDonald's see an opportunity with the captive audience of people dining in their resturants.

With many McDonald's locations seeing upgrades, renovations, flat screens and free wi-fi, they will now all be finding themselves with two 40+ inch HD TVs to provide around 70% of the eating area a view. Through partnerships with BBC America, KABC-TV Eyewitness News and Vimby's network of filmmakers throughout 40 cities, plan to make original content for McDonald's customers. 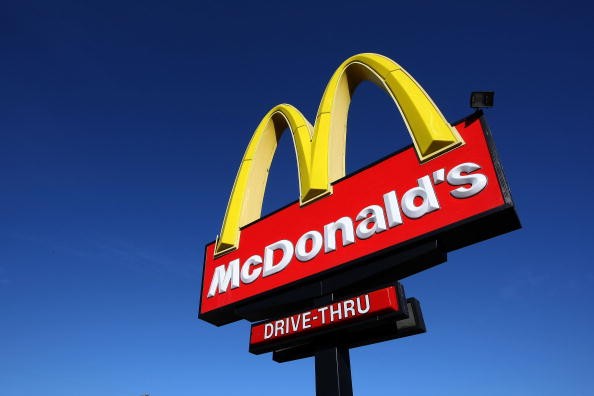 They have a few reality-style programs planned, such as "The McDonald's Achievers" which will profile college and high school athletes. Another is "Mighty Moms" which will be about mothers balancing their home life and careers. The is also plans for a McDonald's music channel that would feature music, art, fashion, nightlife and lifestyle news.

They will have hour segments that will repeat during the day, so don't expect a full day of programming if you plan on having 3 meals a day there. And if you're wondering about how much advertising they are planning to shove down your throat, they plan 8 minutes of ads per hour, with 90 seconds of McDonald's ads. The locations with the new channel will also have quiet zones for people wanting to avoid it.

If the trial run is successful in California, Burnett and McDonald's have plans to expand across America. With plans to bring on more local content partners and using the Vimby network, the McDonald's channel will have specific local content for each area it serves. This will provide relevant news, events and stories for the local customers, along with higher production shows for national broadcast.

With McDonald's global presence and Mark Burnett's success with hits such as Survivor, Are You Smarter Than a 5th Grader, The Apprentice, Rock Star, The Voice, Shark Tank, Expedition Impossible, The Contender,etc… We can safely assume total world domination will be next. And in case you're wondering what other TV hits Burnett has planned, he's got a haunted school show and a bible documentary in the works, so stay tuned for those as well.