By Amy Lamare on January 17, 2019 in Articles › Entertainment

In May 2017, Richelieu Dennis was having a dinner he had avoided having for two decades. He was dining with the U.S. president of Unilever, the $54 billion consumer goods conglomerate. The now 50-year-old is the co-founder of New York City based Sundial Brands, a $240 million in revenue maker of shampoos, conditioners, and lotions targeted at African American and Latino customers. Unilever had been chasing Dennis for a long time. They finally got to him through his friends. Suddenly, after avoiding Unilever's advances for years all of his friends were saying, "Hey, you need to talk to these guys."

As you can imagine, Unilever really wanted to buy Sundial. However, Dennis had a list of demands and he just assumed that Unilever would never in a million years agree to all of them. And to do the deal, he wanted all of his terms met. Most importantly, he wanted to keep control of his company – with absolutely no strings attached. To his complete surprise, Unilever agreed to all of his demands. Then the executives laid out their supply chain in Africa as a way of showing Dennis its sustainability and offered him $1.6 billion for Sundial.

Dennis co-founded the company with his mother Mary in 1991. Together, they owned 51% of Sundial. The two walked away with about $850 million. This makes Dennis and his mother two of the wealthiest African American entrepreneurs in the world.

The sale to Unilever is just the latest in a career defined by amazing timing. For the first 24 years of Sundial's existence, Dennis did not take a single cent of outside money. He started off as a street vendor in Harlem and rode the trend of natural beauty products – a segment that barely existed when Sundial was founded. Today that same segment is a $14.8 billion global industry. 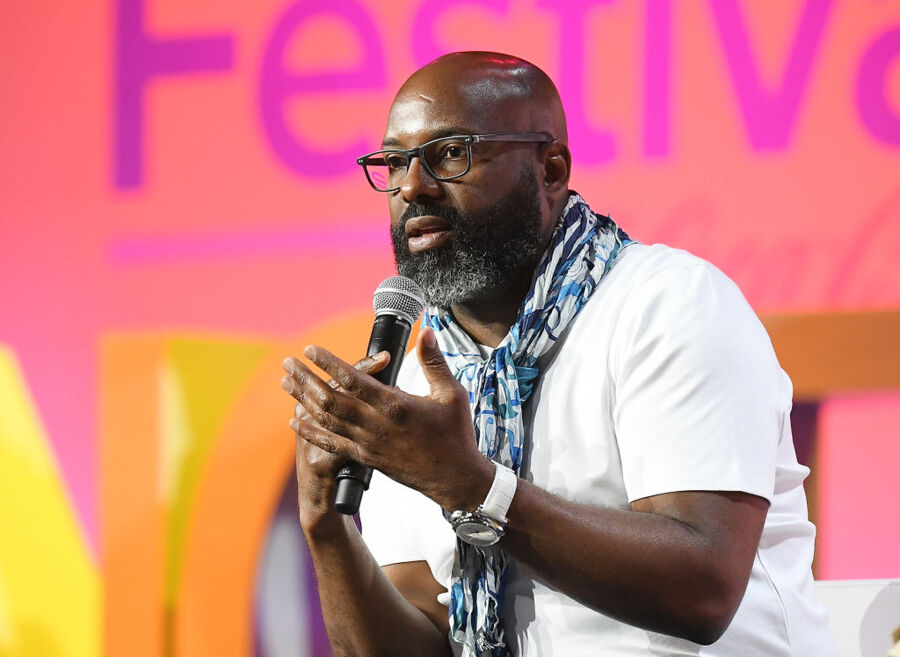 Dennis was born in Liberia and split his time between there and Sierra Leone with his mother who raised him on her own after his father died when he was eight years old. His mom was an economist working to promote economic mobility for women. His grandmother was a widow who sold her own hair and skincare products that were made using recipes that were generations old. Dennis attended Babson College in Wellesley, Massachusetts, a school well known for its entrepreneurship program.

Originally, Dennis planned to take his college education and return to Liberia to start a citrus farm. However, by the time Mary arrived in Massachusetts for his college graduation in 1991, civil wars were raging in Liberia and Sierra Leone. The Dennis' really had no choice but to remain in the U.S. Dennis needed to change his plans. He and his mom turned to those old family recipes – the soaps and creams his grandmother made and sold in Sierra Leone. Alongside Dennis' college roommate Nyema Tubman, a fellow Liberian, the trio went to work using ingredients from Africa such as shea butter, essential oils, and African black soap to make skin and hair products. Lotions and soaps were mixed in the bathtub of Dennis' small Queens apartment. They packaged them in Ziploc bags to sell on the street corners of Harlem.

Those creams and lotions filled a niche in the market. L'Oréal, Revlon, Coty, and other enormous beauty companies made products for women of color – mainly products to chemically relax or straighten their natural hair. Sundial's customers were looking for products made for their hair's natural texture. As word of mouth spread, Sundial went from selling on street corners to wholesaling products to local shops, natural stores, fairs, and festivals. Dennis and Tubman delivered products to vendors while Mary kept the books. Accurate management of the company's finances was critical, back in the early 1990s no bank would lend money to an immigrant from Africa.

By the early 2000s, natural beauty products were starting to take off. Dennis wanted to go mass market but refused to have his products placed in the ethnic aisle of drug stores. He was not a fan of the segmentation of ethnic products from mainstream products and considered it tantamount to segregation. It just felt wrong to him.

Dennis ended up waiting 16 years for stores to agree to put his products with the rest of the hair and skincare products. Macy's became the first mass marketer to carry Sundial in 2007. Target came onboard later that same year. It was perfect timing. Sales of relaxer products had been on the decline for a number of years, while demand for Sundial's products had skyrocketed. Sundial's revenues had reached $60 million by the mid 2000s.

African American consumers make up 14% of the U.S. population but account for 19% of the U.S.'s $3 billion personal soap and bath markets. It makes sense that Unilever pursued Sundial so hard and was willing to give Dennis everything he demanded. Sundial is a stand-alone business within the Unilever empire. Dennis' plans for Sundial going forward include expanding to Africa, South America, and Europe.

On the philanthropic side, Dennis founded and runs the New Voices Fund for entrepreneurs who are women of color. He also bought Essence magazine from Time, Inc. for an undisclosed sum.

Sundial grew until it was the largest black-owned beauty brand in the world and one of the 10 largest black owned businesses in the U.S. In 2015, Bain Capital purchased a minority stake in the company that valued it as $700 million. Two years later Unilever came calling. Now Dennis and his mother are basically a stone's throw from becoming billionaires.