By Brian Warner on April 8, 2018 in Articles › Entertainment

There are many valid arguments for and against the concept of rent control. Generally speaking, if you live in a city that has rent control, there are strict rules to how much your rent can be raised every year. For someone looking to rent for a long time, rent control is the greatest thing ever. Your goal should be to lock in a lease at an apartment you absolutely love, then never leave. My neighbors are an elderly couple who have lived in their apartment for over 20 years. They currently pay $700 a month for an awesome apartment that would easily rent for $2500 if it was on Craigslist tomorrow. Their landlord is essentially losing $1800 every month. Another major downside for rent-controlled landlords is that it's basically impossible to kick tenants out. This can be a real problem for an owner who is interested in remodeling or demolishing the entire building. The building owner either has to be patient enough to wait for the current tenants to move on their own… or die. If time is of the essence, there's one other option to get tenants to leave: Pay them. And in a city like New York, where real estate is more precious than gold, paying off tenants can be an extremely expensive endeavor. Then there's the story of Herbert J. Sukenik. Herb Sukenik held out for an absolutely insane amount of money to finally vacate his dingy 350 square foot Central Park apartment. It's the most money ever paid to get a single tenant to leave an apartment in New York, possibly the world.

Herbert Sukenik was born in the Bronx, New York in 1930. He attended Cornell University where he earned an undergraduate degree in physics. He then stayed at Cornell to earn both a masters in physics and a Ph.D. By all accounts, Herb was brilliant. He was also a bit of a social outcast. He worked for General Electric for a while then at Martin Company in their Space Systems division. In 1974, Herbert, who had become somewhat of a recluse, rented a tiny 350 square foot apartment in the Mayflower Hotel building. He never married and seemingly had no friends or family. He basically lived like a hermit for the next three decades. 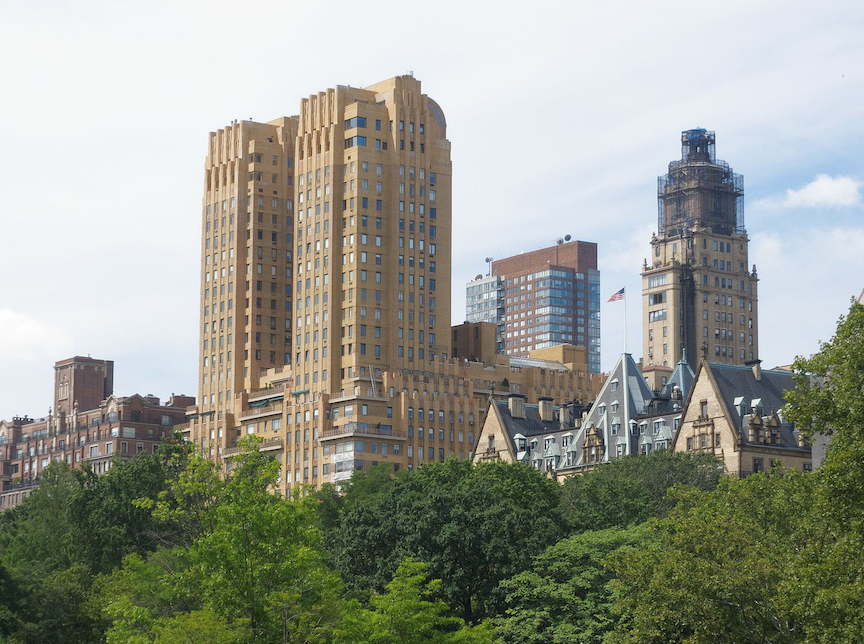 The Mayflower Hotel building sat on what was arguably the most valuable and highly coveted real estate in the world. Located at 15 Central Park West, the building was situated perfectly for someone to build luxury condos that would fetch tens of millions of dollars apiece. Possibly more. Seeing the obvious potential this property presented, in 2004 the entire building was purchased by real estate tycoons Arthur and Will Zeckendorf for $401 million.

The Zeckendorf brothers quickly began the process of paying off each one of the current tenants to move. Many of the early tenants accepted the first offer: $650,000. That left just a few holdouts. Those early birds should have held out longer because the move-out offer was raised to a mind boggling $1 million. All the remaining holdouts accepted, except one: Herb Sukenik.

At first, Herb offered to vacate his unit if the Zeckendorfs bought him a 2200 square foot, two bedroom apartment in a building nearby, then rent it back to him for $1 a month, for the rest of his life. The Zeckendorfs agreed. But then Herb suddenly backed out. Herb probably realized he was the lone holdout and these developers had very deep pockets. He demanded money. Lots and lots of money. Flabbergasted and unwilling to be held hostage, the Zeckendorfs began demolishing the building anyway. They hoped to drive Herb out from all the construction hassle and noise. Herbert was undeterred.

After living in a construction zone for over a year, Herbert's stubbornness finally paid off in 2005. Admitting defeat, the Zeckendorfs caved and made an offer Herbert could not (and did not) refuse. In order to finally get Herbert to leave his decrepit 350 square foot apartment, they offered him a one time cash buyout of… get ready for it… $17 million. That is by far the most money ever paid to get a single tenant to leave a New York City apartment. It's probably the most money ever paid to get anyone to leave any apartment. But it gets better. Not only did the Zeckendorfs agree to give Herb Sukenik $17 million cash, they also agreed to let him live in a $2 million apartment on Central Park South where he will pay $1 a month in rent for the rest of his life.

$17 million plus a $2 million apartment basically free for life! This guy is my idol! With Herbert finally gone, the Zeckendorfs were finally cleared to completely remodel the Mayflower Hotel pretty much from scratch. They sunk $1 billion into the building and turned it into what is now the most expensive and highly coveted address in all of New York City. Today, "15 CPW", as it is called, features a completely private driveway hidden from paparazzi, a cinema and 14,000 square foot gym that has a 75 foot pool. A one bedroom apartment averages $7 million. Two bedrooms $12 million. Three bedrooms $15-$30 million. Four bedrooms (only one available) $60 million. Five bedrooms, (only two available) $65 million and up. Current tenants include Goldman Sachs CEO Lloyd Blankfein, Sting, Jeff Gordon, Alex Rodriguez and Denzel Washington.

To read the full amazing story how 15 Central Park West became the most powerful and expensive address in the world, buy Michael Gross' new book: