Straight Outta Luck? What Happened To The Other Members Of N.W.A. In The Last Decade Or Two???

By Venus Lockett on August 18, 2015 in Articles › Entertainment

For those who have been living under a rock and are not yet aware, the movie Straight Outta Compton– about the rise and fall of "the world's most dangerous group", N.W.A.– premiered this past weekend to rave reviews. More than doubling its production budget of $29 million within its first weekend alone, the movie has already made $60.2 million!

More about the Movie

A lesson in hip-hop history, the movie details not only the roller coaster ride in association with the creation and subsequent takeover of super group N.W.A., but it also gives a fairly historically accurate overview of the creation and evolution of so-called "gangster rap" as a whole. While the overall level of truth contained within the film remains arguable, this musical biopic ranks Universal's 6th top opening of the year and also represents the best R-rated August film opening ever!

Nevertheless, while the world is in both shock and awe in regards to the true story behind this epic rap ensemble, many are unaware of what became of the group's less popular members. Indeed, while we're all well aware of the tragic death of the star of the group, Eazy-E, as well as the incredible accrual of wealth by the Beats by Dre mogul Dr. Dre (current net worth $850 million) as well the filmmaking success of well-known music mogul Ice Cube (current net worth $140 million), very few are aware of what happened to the other members who may not have been so lucky in their subsequent endeavors. 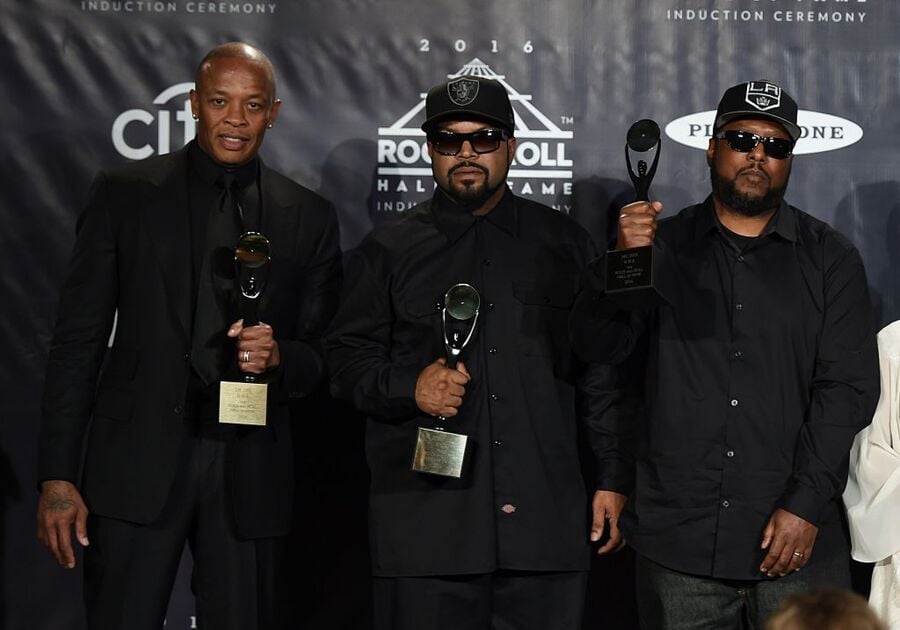 First off, the group's DJ, Antoine Carraby, has certainly not realized the same level of success and other members. Now living with some haunting memories from deceased group member Eazy-E, although the artist did participate in the creation of the movie, thusly earning a consultation credit, the DJ's life after leaving the group has been less than stellar. A quiet member of the group from the very beginning to the bitter end, Carraby took to filming pornographic films following his departure from the group as according to dailybeast.com. Estimates that he filmed over 300 adult films over the years, although things clearly didn't turn out how he originally planned, the artist certainly said he had his fair share of fun making the movies. What's more, with titles such "West Side Stories" as well as "Straight Outta Compton 1&2", it's clear that he also managed to maintain his light-hearted sense of humor.

On the flip side, Tracy Lynn Curry, better known as The D.O.C. had a bit more luck than his aforementioned counterpart. A notorious ghostwriter for a number of hip-hop artists in the industry, including the likes of his former group members, Eazy-E and Dr. Dre as well as Snoop Dogg among others, his personal/ professional relationship with Dr. Dre ended on bad terms following a misunderstanding in 2011. After enduring long stints of depression, experiencing serious voice issues, the artist still has a net worth of $1 million. Although he was also working on his own documentary about the group at one point, it seems that the widespread success of "Straight Outta Compton" may have outshined his efforts. At least for now.

One of the founding members of N.W.A., Kim Renard Nazel has been a professional producer since the 80's. Citing issues such as unfair payment in tandem with unwanted police attention, and backlash from gangs as his reasons for ultimately splitting with the group, the artist/producer claims he felt leaving the group was his only option as the risks were no longer worth the rewards. Now going by the alias "Professor X", he has dabbled in everything from electro-funk music to anime. Although his net worth is relatively unknown, it seems that the entertainer is happy to receive continuous opportunities to work in music and do what he loves.

One of the most vocal of the group, Lorenzo Jerald Patterson experienced limited levels of success in rap following his departure from the group. After a striaght to DVD release of a film he both produced and starred in, "Lost in the Game" (2004), he is also credited as a consultant to the new film. Nevertheless, the artist posted some less than excited tweets about the film's release after viewing a trailer that his character had been left out of. Either way, it seems that the artist is doing just fine. With a net worth of $1 million and a slew of new media attention, perhaps this artist is finally poised to receive his well-deserved just due.

Overall, whether you enjoy their music or not, N.W.A. remians one of the most influential hip-hop groups ever invented. Although their road has been littered with ups and downs, it seems that each surviving members of this group are once again in the position to come out on top.