Stormy Daniels Net Worth: How Much Money Does The Adult Star Have In The Bank And Make From Her Appearances?

By Brian Warner on March 25, 2018 in Articles › Entertainment

As you no doubt have heard by now, there is an adult film star named Stormy Daniels who allegedly had an affair with Donald Trump in 2006. Later tonight, 60 Minutes will air a highly-anticipated interview with Stormy. An interview that they delayed from airing after allegedly receiving legal threats from Trump's lawyers. So who is this Stormy Daniels character? Where'd she come from? What's her net worth? And how much money is she raking in off this recent surge into the spotlight?

Stormy Daniels was born Stephanie Gregory Clifford in Baton Rouge, Louisiana on March 17, 1979. As a child she wanted to be a journalist. Her parents split up when she was 4 years old and she did not see much of her father from that point onward.

She started stripping at age 17 after visiting a friend who convinced her to do a guest set. She ended up walking away with more money than she'd normally earn in a week answering phones at her day job. After high school she began stripping regularly at a club where she would earn an average of $300 per night. She soon moved on to bigger clubs all over Texas and Louisiana and could frequently earn more than $1000 a night in tips, 3-4 nights a week. 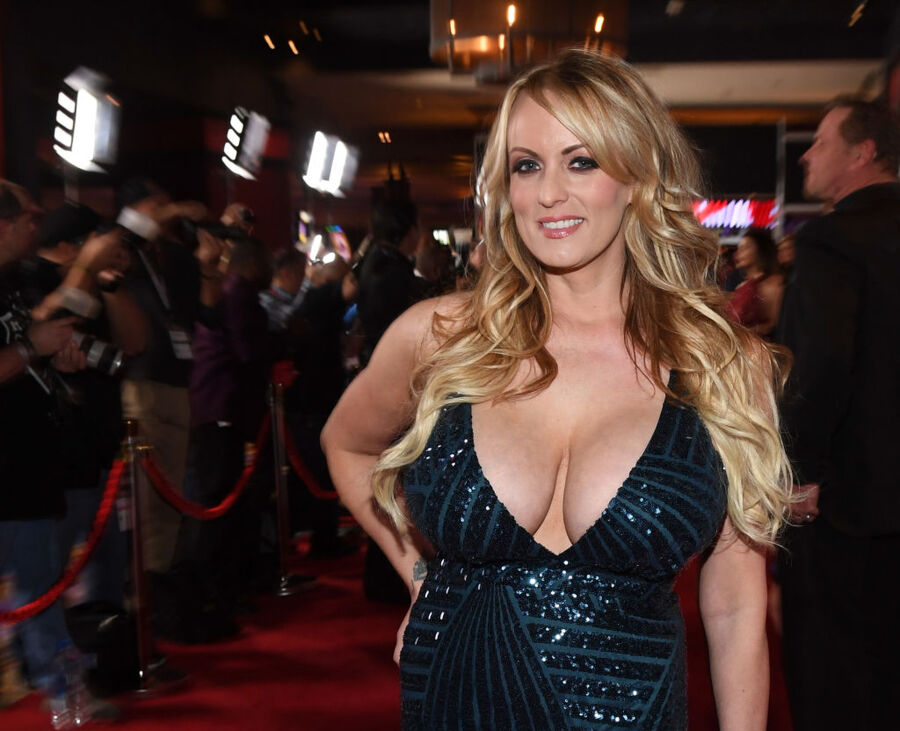 She made the jump to pornography at 23 and quickly landed a contract with Wicked Pictures. The typical contract for a hot newcomer pays around $75,000 per year. For her second contract, Stormy's annual salary was bumped to $250,000.

Stormy has been a director for Wicked since 2004. She has written, directed and produced dozens of adult films in the last decade.

In addition to her contract money, Stormy (like many adult performers) supplements her income by making appearances at conventions and strip clubs. Before her recent headlines, a featured dancer of Stormy's caliber might make $1000 to appear at a strip club. Today she is reportedly earning $10,000 a single appearance, not including the tips she earns giving dances.

Stormy owns a $215,000 house in the suburbs of Dallas. She paid cash (perhaps in singles?… kidding).