Michael Avenatti is adult film star Stormy Daniels' lawyer. He's representing her in her fight against Donald Trump. But that isn't the only battle he's got on his hands right now. He is the central figure in a number of lawsuits in the past four years related to the Seattle based coffee chain, Tully's Coffee. Avenatti partnered with actor Patrick Dempsey and bought the coffee chain out of bankruptcy in 2013. The trouble started almost immediately.

Tully's was founded in 1992 in Washington. The chain branded itself an independent, upstart rival to Starbucks, but couldn't compete with its 131 locations compared to the thousands of Starbucks across the globe. Keurig's parent company bought the Tully's brand for $40 million in 2009 and became the chain's coffee supplier. In 2012, Tully's filed for bankruptcy with more than $3 million in debt. This is when Patrick Dempsey entered the picture. In early 2013, Dempsey was the public face of Global Baristas LLC, which beat out six bidders, including Starbucks, and bought Tully's more than 40 Washington locations for $9.15 million.

The media focused on Dempsey. However, Avenatti reportedly promised to fund the entire deal. He had met the actor on a race course. Both men are race car drivers. By this time, Avenatti had worked on a number of high profile cases including the $10 million Paris Hilton defamation case. Once Dempsey and Avenatti were business partners, however, their friendship soured. The deal to buy Tully's closed in late June 2013 and by August, Dempsey was suing Avenatti for not funding the deal according to their agreement. 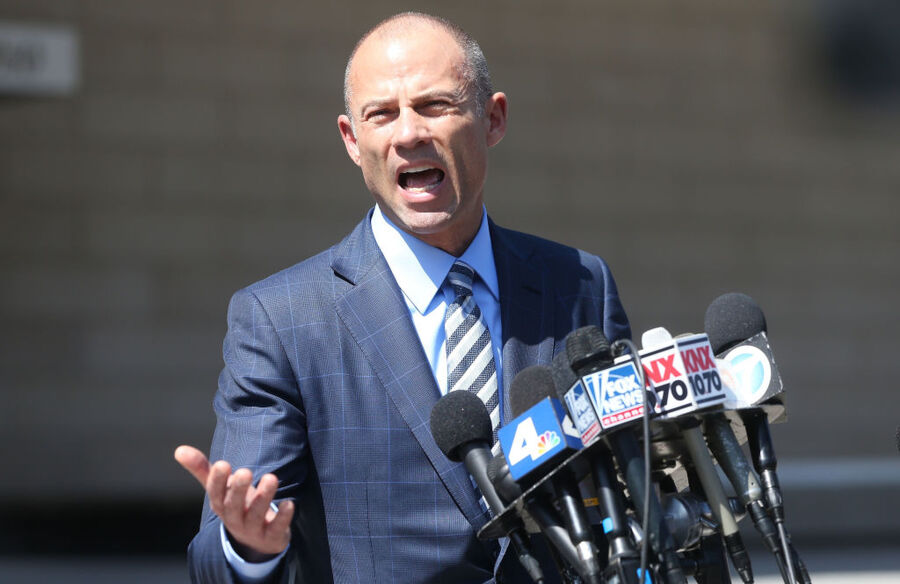 Dempsey's lawsuit alleged that an internet search revealed that Avenatti had borrowed $2 million at the insanely high interest rate of 15% to fund the deal. He did not actually have the money to finance the whole thing, leading Dempsey to pull out of the partnership.

In 2013, Avenatti had big plans for Tully's. A company representative told Bloomberg at the time that Tully's planned to open at least 25 stores in the U.S. and 200 in China. However, when Dempsey left, awareness of Tully's faded and the company no longer grabbed headlines. The 40 locations that Avenatti's Global Baristas purchased for just over $9 million became just 15 locations in the greater Seattle area by early 2018. Then, in March, every single Tully's coffee shop shut down abruptly. At first, the company said it was because they ran out of coffee. The company soon changed its tune and claimed that Tully's was rebranding.

Global Baristas owes $4,998,198 in federal taxes according to an IRS lien. The company also owes thousands of dollars in state taxes and has more than 20 state liens filed against them in Washington and California. In early April, Washington state issued a warrant over more than $721,000 in unpaid state taxes.

Since 2013, 46 lawsuits have been filed against Global Baristas. The company has been sued by a number of landlords for tens of thousands in unpaid rent. Global Baristas has been named in 13 unlawful detainer cases in the past year. Suppliers also have filed lawsuits against the company. Tully's is also in a legal fight with Keurig, which owns the Tully's brand. According to a lawsuit filed by Keurig's parent company last year, Global Baristas failed to pay the 2016 and 2017 licensing fees.

Avenatti claims to no longer be involved with Global Baristas. In fact, he insists he is only outside counsel for the company, However, he is still listed as the sole governing person for Global Baristas in Washington business filings. Avenatti claims he sold his part of the company at a profit sometime in the past. However, in 2017, Avenatti told the Federal Bankruptcy Court that he was the owner.

Two Tully's locations in Seattle have reopened with new names and new owners.

For what it's worth, Avenatti is still claiming that Tully's closed for rebranding, not financial and legal issues.