Stevie Wonder: The Hit-Maker Who Beat the Odds and Changed the Face of Music

By Paula Wilson on February 3, 2014 in Articles › Entertainment

The next time you feel like something insurmountable is standing in the way of your ability to pursue your dreams, take a look at Stevie Wonder.  A blind musical child prodigy, Stevie Wonder has been making great music since he was in elementary school, and he has collected a dizzying number of awards for his efforts.  With 30 Top 10 hits and a net worth of $110 million, Stevie Wonder has been writing and performing popular tracks for decades.  Odds are, at least one of the songs in your list of favorites is by the music master, and he's remained so musically relevant that he performed at this year's Grammy Awards with (comparative newcomers) Daft Punk, Pharrell, and Nile Rogers.  The man who went blind while still an infant, went on to inspire multiple generations of singers and musicians, and to write tracks that have gotten parties "bumpin'" for forty years.  Here's they story of how Stevie Wonder beat the odds and became one of the world's most loved music artists. 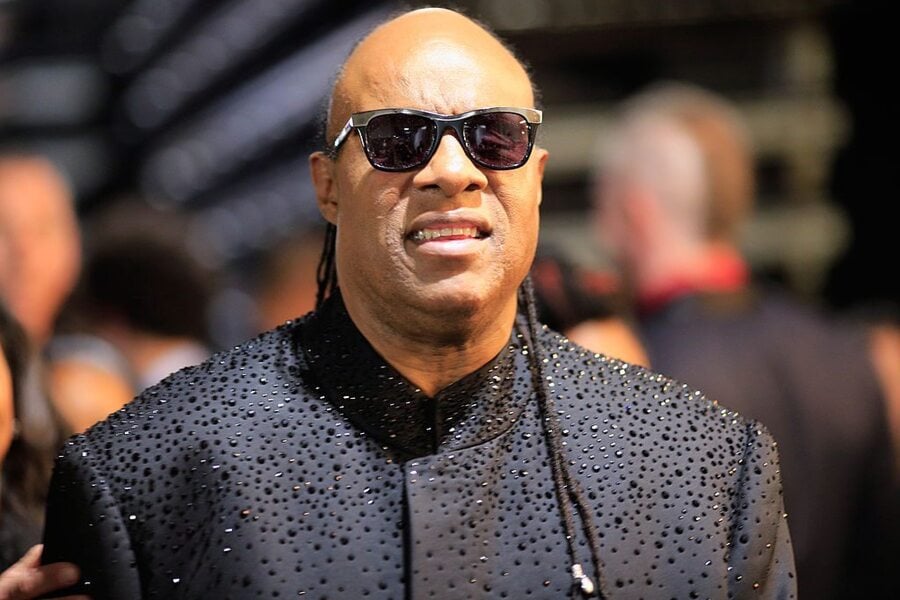 Stevie Wonder, also known as Stevland Hardaway Morris (Judkins), was born on May 13, 1950 in Saginaw, Michigan.  He was born a month and a half premature.  The fact that he was very premature, combined with the amount of oxygen pumped into his incubator at the hospital, created complications.  He developed retinopathy of prematurity (ROP).  ROP causes the eyes to stop developing and the retinas to permanently detach, resulting in blindness.  Though he went blind soon after birth, his disability was taken in stride by his large family.  He was the third of six children, and he and his siblings grew up in Detroit with their mother, after his parents divorced.  He showed an interest in music while still a young child, and he began playing the piano, then added the harmonica, drums, and bass in quick succession.  He loved singing with his church choir, and the members of the parish began to take notice of his surprisingly mature musical abilities.

In 1961, when he was eleven, Gerald White convinced his brother Ronnie White, of the popular group, The Miracles, to come hear then 11-year old Stevie perform at church.  Ronnie White was immediately impressed.  He took Stevie Wonder and his mother to meet Berry Gordy, the head of Motown.  The musicians and executives at Motown began referring to the child prodigy as "the eighth wonder of the world".  After hearing him perform, Clarence Paul, a producer at Motown, renamed him "little Stevie Wonder". , and his nickname was born.  He subsequently signed to Motown's Tamla label as Stevie Wonder and released his first single, "I Call It Pretty Music, But the Old People Call It Blues", in 1962.  By the end of 1962, he'd released two albums, "The Jazz Soul of Little Stevie" and "Tribute to Uncle Ray".  Neither album was particularly successful, but the following year, Stevie Wonder took the nation by storm. 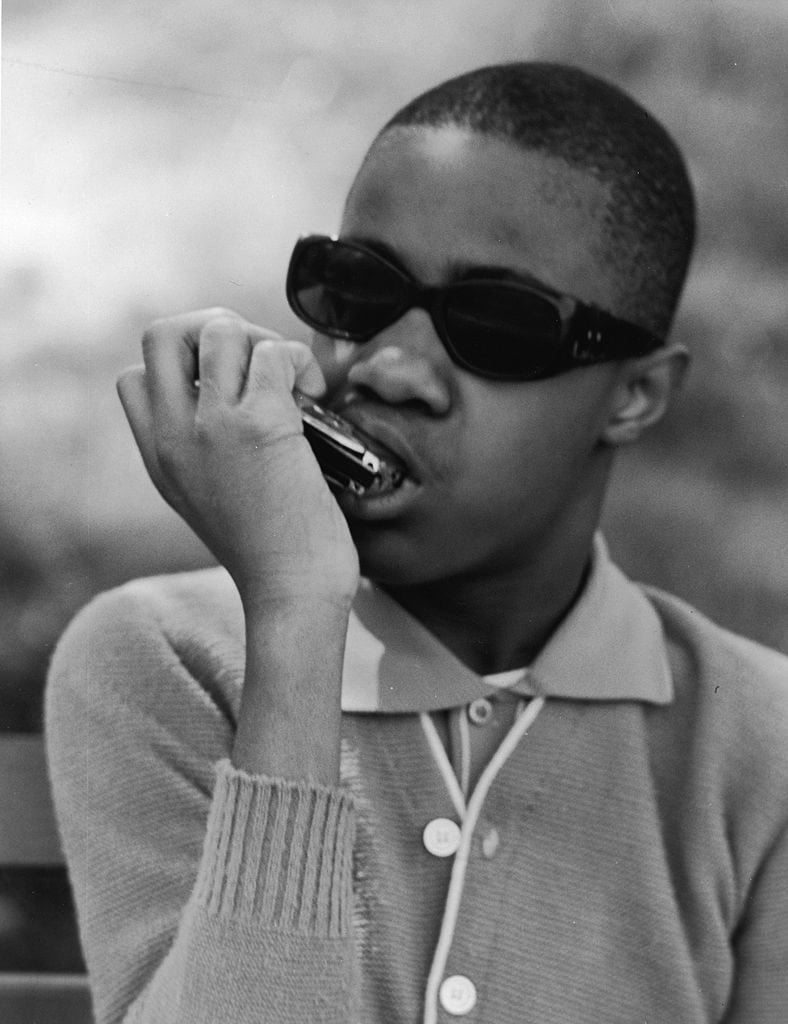 In 1963, as he was about to turn 13, a single of his live performance of "Fingertips (Pt. 2)", was released.  He sang and played bongos and harmonica on the track, and Marvin Gaye provided percussion.  It was part of the album, "Recorded Live: The 12 Year Old Genius".  The track rocketed up the charts, climbing to #1 on the Billboard Hot 100.  It made him the youngest artist to ever achieve a #1 on the Billboard charts.  He was on his way.  Over the course of the next decade, he would release multiple popular songs, as well as writing hits for other Motown groups.  He recorded such favorites as "Uptight (Everything's Alright)", "With a Child's Heart", "I Was Made to Love Her", "For Once in My Life", and "Signed, Sealed, Delivered I'm Yours".  By age 20, he'd already enjoyed 11 Top 10 hits on the Billboard charts.

However, just as any teenager feels when they enter adulthood, Stevie Wonder was beginning to chafe under the contract requirements of Motown.  He chose not to renegotiate his contract in 1971, and spent the next year proving to Motown just how important he was.  The end result was a 120-page contract that was unlike anything that have ever been co-signed by Motown.  It gave him more creative control and a larger portion of royalties from the sale and performance of his songs.  He took his newfound autonomy and released the album, "Music of My Mind".  A long-form musical musing, each track on the album fed into the next, musically and lyrically.  He played almost every instrument on the album himself, and the album set the tone for what would become a decade of exploration and amazing output.

His next album, "Talking Book", introduced him to a whole new audience.  The track, "Superstition", which featured a funky groove more often associated with rock  than R&B, made the song a hit on rock stations, as well.  He toured with the Rolling Stones in support of the album, and the interest in his music from a broader audience propelled the album to widespread acclaim and three Grammy Awards.  He followed "Talking Book" up with the album "Innervisions", which netted him two more Top 10 hits and three Grammy Awards.

During the summer of 1973, he was involved in a serious car accident while in North Carolina.  He was in a coma for almost a week and lost part of his sense of smell, and for a time, his ability to taste anything.  Once back on his feet in early 1974, he began touring again, and released "Fulfillingness' First Finale", which spawned two more Top 10 hits, this time both #1's, and gained him three more Grammy Awards.  In 1976, he released the album that is widely considered THE Stevie Wonder album, "Songs in the Key of Life".  Songs such as "I Wish", "Sir Duke", "Isn't She Lovely", and "Love's in Need of Love Today", have made "Songs in the Key of Life" one of those albums with which just about everyone is familiar.  Again, he won three Grammy Awards.  Then he took a step back and a well-deserved break. 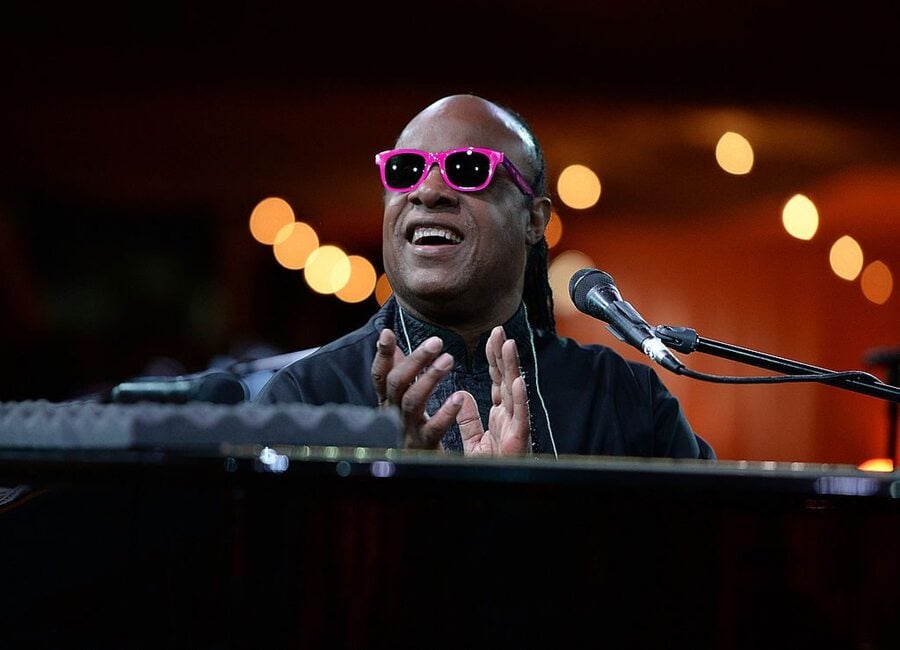 He began releasing new music again in 1979, and for the next decade he would experiment, play, and collaborate with a wide array of artists.  He released hit solo singles and duets, as well as writing and producing hit tracks for other performers.  His work during this time included,  "Let's Get Serious" (for Jermaine Jackson), "Happy Birthday", "Ebony and Ivory", "I Just Called to Say I Love You" (which won him an Oscar), "Part-Time Lover", and "I Do Love You" (for The Beach Boys), among many other tracks.  He also guest-performed on harmonica for tracks by Chaka Khan, the Eurythmics, Elton John, Barbara Streisand, and KISS, and dueted with Bruce Springsteen, Michael Jackson, and Julio Iglesias, among others.  He appeared on multiple soundtracks for movies such as "Jungle Fever" and "Bamboozled", and performed for benefit concerts around the world.

He has continued to tour and perform to this day, though he has understandably slowed down somewhat.  Mind you, in Stevie Wonder's world, slowing down means winning more Grammy Awards for duets with performers like Tony Bennett, and guest performing with artists as diverse as Busta Rhymes and Andrea Bocelli.  He has performed to sold-out crowds in almost every country in the world, and he has been honored by music organizations on every continent.  He released his last full-length album in 2005.  It featured his daughter, Aisha Morris, who clearly inherited her father's musical gift.  It also netted him yet another Grammy Award for Best Male Pop Vocal Performance.  It was announced in late 2013, that he will be releasing two new albums in the near future.  It will be interesting to see how his sound has evolved since 2005.  As a pioneer musical genius, both of his new albums are sure to be full of surprises.

Stevie Wonder survived an early birth, and the complications associated with that, and grew up into one of the most prolific and consistently brilliant musicians ever.  His innovation and creativity with regards to overdubbing and the use of electronic instruments has influenced every music artist who came after him, and his renegotiated contract with Motown set a new standard for what artists could ask for with regards to creative control and compensation.  It is almost as if his physical blindness allowed him to see the future of music in a way no one else could.  Lucky for all of us, he certainly never let his disability slow him down.  The next time you're feeling bummed out, turn on any of Stevie Wonder's amazing tracks, and remember that anything is possible.