By Joseph Gibson on September 21, 2017 in Articles › Entertainment

September is a notoriously slow month throughout the movie industry, following the traditional blockbuster summer period (which, this year, wasn't much of a blockbuster period at all), but coming before the prestige releases of later in the year. But it's still pretty impressive that the newest screen version of one of Stephen King's most popular novels is outperforming the expectations of most at the box office, and IT has emerged as the most successful September release ever according to The New York Times.

IT's opening weekend gross of $123,403,419 (as per Box Office Mojo) makes it easily the most successful September release on record. This is a noteworthy feat, and even more so when you consider the commercial implications that an R-rated horror film, which many teenagers in the potential audience would be barred from buying a ticket for, would outperform by such a wide margin.  The next biggest September film: Hotel Transylvania 2, pulled in $48,464,322 in its opening weekend. 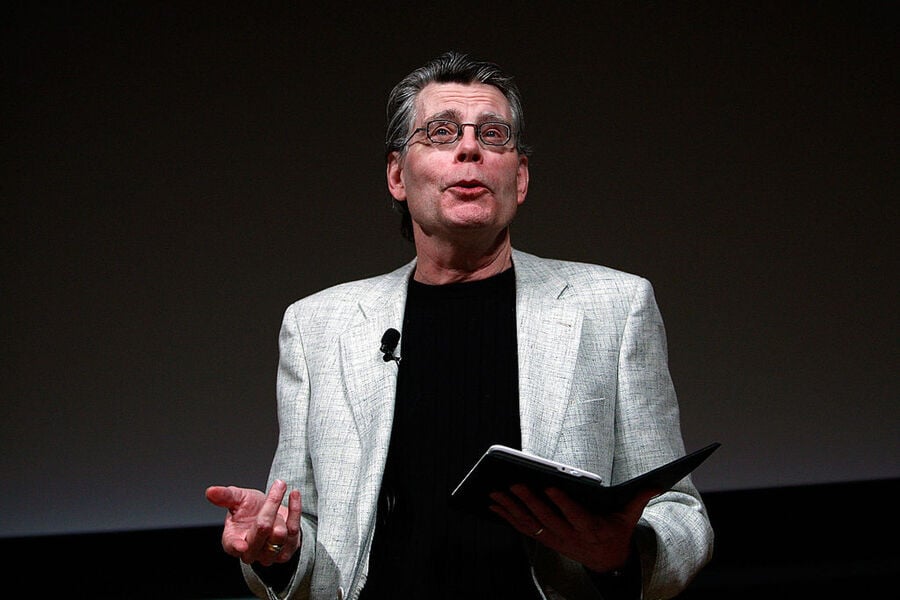 And it's not just September releases that IT has devoured in its rampage through American movie theaters. It's also the biggest-opening horror movie released in any part of the year, smashing Paranormal Activity 3, the previous record-holder, which had a $58 million inflation-adjusted opening. That's even though it came out in October, when audiences are traditionally at their hungriest for scary movies.

The question of why IT was able to surpass any and all commercial expectations for it is a cultural one, ripe for speculation and extrapolation, but another somewhat related question is – can Stephen King get any richer? He's among the most successful authors of all time, and that doesn't take into account the massive box office success (and, in fairness, a healthy portion of disappointments) of the feature films based on his novels and short stories. It's not known exactly how much King stands to gain from the box office performance of IT, but it will only serve to add to his formidable $400 million fortune, and there's still a sequel on the way.