Who Is Stephen Bisciotti And How'd He Get Rich Enough To Own The Baltimore Ravens?

By Amy Lamare on January 9, 2014 in Articles › Entertainment

In February 2013 the Baltimore Ravens won Super Bowl XLVII in the Harbaugh Bowl that pitted head coaches John and Jim, real life brothers, against each other for the NFL's ultimate prize. When the clock ran out, John Harbaugh and the Ravens emerged victorious. Another big winner on the day was 53 year old Ravens owner Stephen Bisciotti. The huge gambles he made as owner had finally paid off. Big time. But who is Stephen Bisciotti and how did he make the billions required to own a major professional sports franchise? Where did he get the nerve to step in and make what were considered at the time, shocking hires (namely coach John Harbaugh) and then sit back and trust his vision to play out into victory? 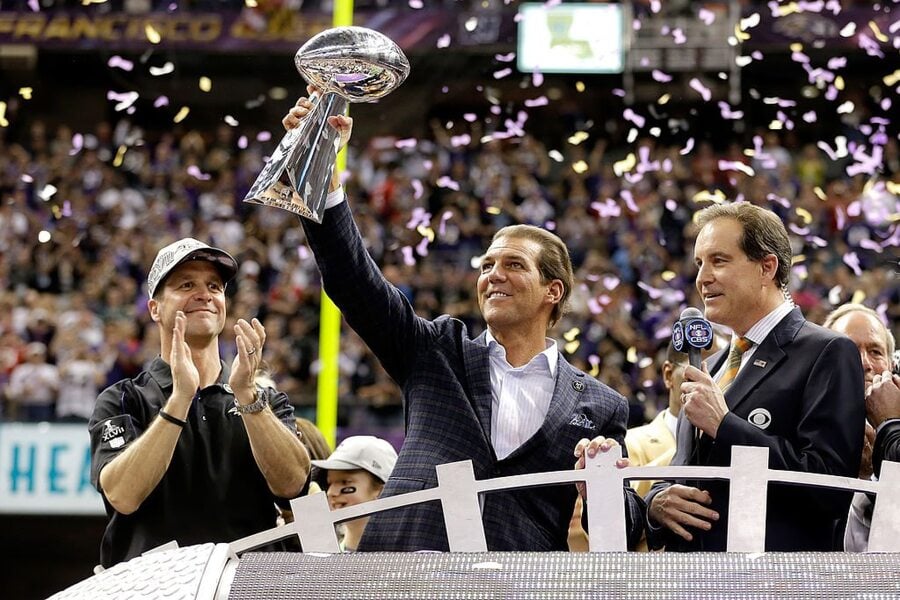 Stephen Bisciotti was born April 10, 1960 in Philadelphia but he moved with his family to a Baltimore suburb when he was just a one year old. He is a lifelong sports fan who grew up in an Italian-American working-class family in an area called Severna Park, Maryland. As a kid, Stephen Bisciotti loved sports like many All-American boys and girls. He went to Baltimore Colts and Orioles games with his siblings and father. Bisciotti even had a chance to go to the Colts' training camp a number of times as a kid. The young Bisciotti famously walked around asking players if he could try on their helmets. The Ravens' media guide features a picture of Bisciotti as a child standing next to Johnny Unitas:

Stephen Bisciotti's father passed away when he was eight years old. His mother, also a huge Baltimore sports fan, carried on the sports tradition. She enthusiastically fed her youngest son's love of football most of all. Bisciotti played football at Severna Park High School during his senior year. He spent his summers during high school building piers around Baltimore. Bisciotti went on to get a liberal arts degree from Maryland's Salisbury State University on 1982.

Bisciotti was driven to make a lot of money young in case he died early like his father. He did not want his wife and children to have to worry about how they would survive. In 1983, at the age of 23, Stephen Bisciotti teamed up with his cousin Jim Davis to start Aerotek, a staffing company in the technology and aerospace sector.

Timing, as they say, is everything, and in 1983 Bisciotti and Davis were at the forefront of what would become the technology revolution. Operating out of a basement in Stephen's Annapolis, Maryland home with secondhand office equipment, the company amassed $1.5 million in sales in their first year in business alone. Aerotek grew and eventually became the Allegis Group, which today the largest privately held staffing firm in the U.S. and the fourth largest in the world. The company, which is based just outside Baltimore and has offices throughout the U.S., Canada and Europe, has over 10,000 employees and 80,000 high-end contract workers.

Stephen Bisciotti is a recruiter, and thus has the skill-set that makes him able to size up talent with a keen eye. This skill has served him very well as owner of the Baltimore Ravens. Bisciotti has been involved with the Ravens ownership since 2000, when he became a minority owner holding 49% of the team. He became the full owner on April 9, 2004 when he made a $325 million dollar deal with the team's former owner, Art Modell. Bisciotti's birthday is April 10th, so he basically bought himself an NFL team for his 44th birthday. Not bad! 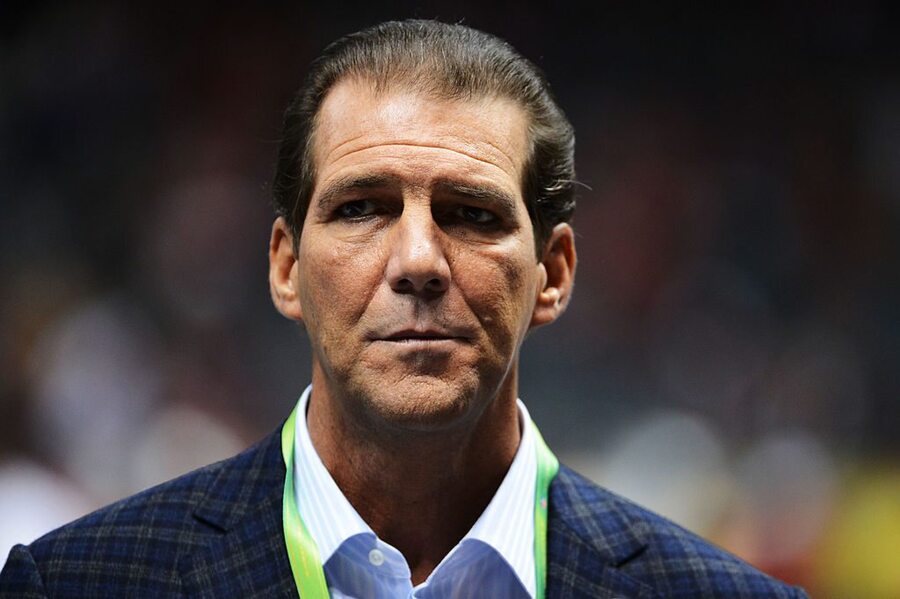 Once he owned 100% of the team, Bisciotti immediately got to work. He immediately replaced the team's decrepit practice field with a state-of-the-art practice and training facility. They call it "The Castle," and it opened six months after the Bisciotti era began, in October 2004.

As a rule, Bisciotti is a hands off owner who trusts his General Manager Ozzie Newsome implicitly. But when it is warranted, Bisciotti will step in and take action. This was the case when he fired Coach Brian Billick after the 2007 season. Billick had spent eight seasons with the Ravens and won a Super Bowl. Yet Bisciotti had another idea for the direction of his team and that idea was John Harbaugh. Prior to becoming the head coach of the Ravens, Harbaugh had spent a single season as a defensive backs coach and nine years as special teams coach for the Philadelphia Eagles. Remember, Bisciotti made his fortune in recruiting and is able to size up talent very quickly. He didn't go wrong with Harbaugh. Since John has been coach of the Ravens they've made five playoff appearances in five seasons (2008-2012). In 2012 the Ravens went 10-6 and won Super Bowl XLVII.

With two Super Bowl wins under his stewardship of the Baltimore Ravens, Bisciotti and GM Newsome are one of, if not the best, owner-GM combinations in the league. Stephen Bisciotti is only one of 12 NFL owners to ever win more than one Super Bowl. Stephen Bisciotti's Baltimore Ravens may have missed the NFL Playoffs in 2013 with an 8-8 record, but he can console himself with his two Lombardi trophies and $1.6 billion dollar net worth.