Captain Kirk and Mr. Spock are one of Hollywood's most iconic duos and now the actors who portray them will be paid accordingly. Chris Pine has played the role of Captain Kirk and Zachary Quinto has starred as Mr. Spock in the Star Trek reboot movies Star Trek in 2009 and Star Trek Into Darkness in 2013. The two were among the cast who was not totally satisfied with what they were going to be making for the upcoming film Star Trek Beyond in 2016. To the actors, it seemed "highly illogical" that they were not being paid enough, while Paramount Pictures claimed that they were "givin 'her all she's got, Captain!"

In order for the latest Star Trek film series to "live long and prosper," Paramount needed to keep Pine and Quinto on board as Spock and Kirk. Back in 2007, some of the stars of the series signed contracts for the movies which had not been renegotiated since. According to California law, personal services contracts are not allowed to bind anyone for more than seven years, so many stars of the movie series had their deals declared invalid in 2014. The original cast had only signed up for two sequels which took them through next year's Beyond film. Since 2013's Into Darkness, there had been no negotiations taking place at all so something had to give.

Pine only made $600 thousand for 2009's Star Trek, which grossed over $385 million. For 2013's Star Trek: Into Darkness, Captain Kirk made $1.5 million of the $467 million gross. Before a new deal was struck, he was scheduled to make $3 million for the upcoming Star Trek Beyond. Thanks to a lucrative new deal, Pine will now make $6 million for the third Star Trek film, which is double what he was supposed to make, and will be 10 times what he made for the first film in the series! 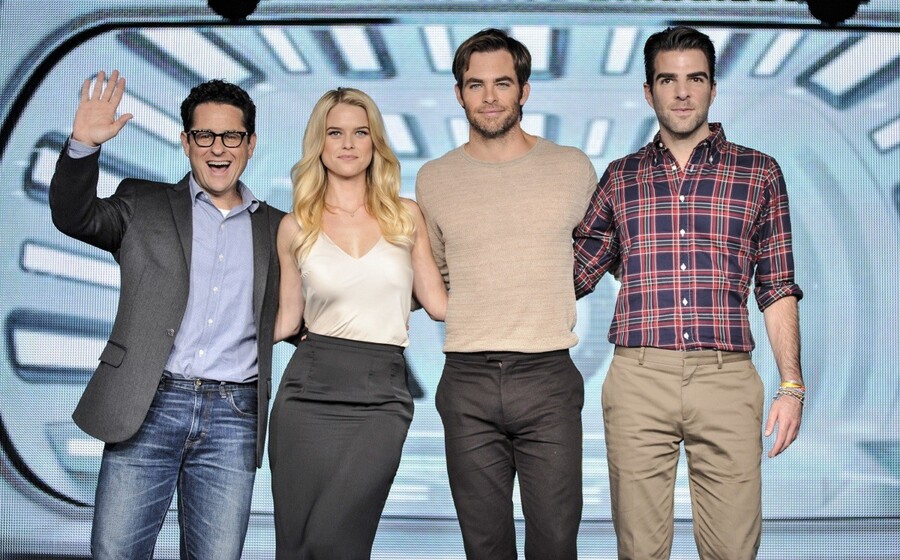 The new deal features big raises and much better performance bonuses for the cast. Paramount only wanted to give the ship mates nominal raises, but ended up giving in for the better of the franchise. Thanks to last minute negotiations, the production house ended up adding somewhere between $10 and $15 million to the movie's budget to pay the stars of the show. As part of the new deal, Pine and Quinto have been granted an option and will now be a part of the 4th film in the J.J. Abrams directed series.

Some of the Star Trek film series' stars have recently been on the rise. Chris Pine starred in another Paramount movie, Jack Ryan: Shadow Recruit, while Zoe Saldana  is now a part of Marvel's Guardians of the Galaxy. The cast of the upcoming Star Trek Beyond also includes Karl Urban, Simon Pegg, Anton Yelchin, and John Cho.

Star Trek Beyond recently started production in Vancouver after some delays. Writer and producer Roberto Orci spent much of 2014 working on the script, only to get the ax and be replaced by co-creator of Dark Blue Doug Jung and director of Fast & Furious Justin Lin. Hopefully these raises in pay will help Star Trek to boldly go where no film has gone before!