This Stanford Statistician Won The Lottery FOUR TIMES!!! Was It Dumb Luck? Cheating? A Little Of Both???

As we all know, the odds of winning the lottery are not good. If you want to win the average Powerball, your odds are 1 in 175 million. Statistically speaking, it's easier to be killed by an asteroid than it is to win the lottery. But as with anything in life, there's always an exception to the rule. In the case of un-beatable lottery odds, the exception is a mysterious woman named Joan Ginther. Ginther is a statistician who earned a Ph.D. from Stanford University. In 2010 she made headlines by scratching off a $10 million prize on a $50 scratcher lottery ticket. And while winning a multi-million dollar lottery one time would normally be an amazing, against-all-odds accomplishment, this story was particularly notable because it was Ginther's fourth multi-million dollar lottery win. FYI, the odds of one person winning four prizes of that amount are roughly 1 in 18 septillion (24 zeros). Perhaps what's even more incredible is the fact that she purchased all of her winning tickets at stores in one small town in Texas. So how did she do it? Was she insanely lucky? A mathematical genius?? A cheater? An insanely lucky mathematical genius cheater???

Generally speaking, most experts believe that Joan's first big lottery win of $5.4 million in 1993 was in fact dumb luck. For one, there are no records of Joan winning any other lottery prize larger than $600 up to that point in her life. Although, it should be mentioned that Joan's father did coincidentally win $2,451 a few months before her first big win. Another reason that Ginther's first win was probably dumb luck is the fact that she used a combination of numbers from her birthday on the winning ticket. It's kind of hard to cheat when you're playing numbers you were born with.

But there are rumors that Joan did not buy the $5.4 million ticket herself in 1993. Some people believe that her 78 year old father actually bought the ticket. Why do people think this? Well, at the time Joan was living in the Virgin Islands and her father was living around the corner from the store. Furthermore, the $5.4 million prize was an annuity that ended when the winner died. A $5.4 million annuity was much more valuable to the 46 year old Joan, as opposed to her 78 year old father. Although Joan's father did end up living to 92.

In 2001, maybe because she was feeling really lucky, Joan moved full time to Las Vegas, Nevada. Yet despite the 1400 mile move, she continued to make frequent trips back to Texas. Specifically the tiny town of Bishop, population 3100. And whenever she was in Bishop, Joan played the lottery.

After winning the lottery with her lucky birthday numbers, Ginther moved to scratch-off tickets.

Joan has never granted an interview and there are no photos of her on the internet. A lot of people on the web think this is a photo of Joan, but it's really a photo of a convenience store employee at one of the locations where she purchased one of the winning tickets:

So what was Joan's Winning Secret?

First off, in order to juice her odds, it seems that Joan may have been using a simple gambling strategy similar to counting cards in blackjack, or timing a progressive slot jackpot. For example, she would monopolize select lottery games at a specific store that she believed was due for a win. In a given year, Joan would purchase thousands and thousands of tickets at stores around Bishop. She was largely responsible for one store, the Times Market, for selling almost half a million dollars' worth of tickets for the 2010 $140,000,000 Extreme Payout scratcher game. This is the game that resulted in Joan winning $10 million.

No one knows exactly how, but Ginther was also likely working with another lucky winner named Anna Morales. Between 2009 and 2012, Ms. Morales won 23 prizes worth $1,000 – $10,000 each. Although the two women have refused to grant interviews, and outwardly have no personal connection, a local reporter did discover that Ginther paid to have Anna's home remodeled. They also coincidentally claimed prizes on the same day at the same lottery office eight times. How were they working together? As we said, no one really knows, but it could be as simple as helping Joan physically scratch off all those tickets. 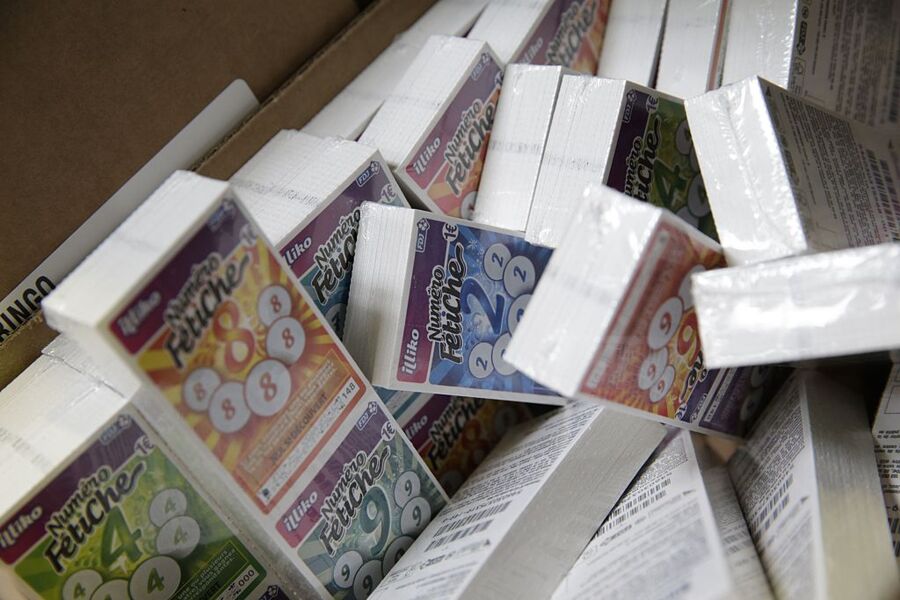 Another advantage that Ginther supposedly exploited has to do with the fact that stores with higher lottery sales tend to get more prizes. Purchasing mass quantities of tickets in a handful of stores naturally increased her odds of winning prizes. The fact that some of those prizes turned out to be worth millions of dollars, as opposed to much smaller prizes, may have once again been a case of dumb luck. It's believed that during the years she played the Texas lottery, Joan may have spent $2.5 – $3 million purchasing 80-100,000 tickets.

Uncle Sam gave Joan another unexpected but crucial edge. Did you know that you can write off your gambling losses against your gambling winnings on your Federal taxes? I did not know this until just now. Because Joan had that $5.4 million annuity coming in every year, she was able to write off all of her gambling losses against her winnings. This strategy made it much cheaper to play. For example, if Joan lost $150,000 on scratchers in a given year, it would actually result in a $52,000 savings on her annuity income. Also keep in mind that many scratcher tickets actually result in another free play scratcher. When you factor in the tax savings and free play scratchers, it's believed that Joan was essentially able to buy her tickets for 25 cents on the dollar. Brilliant.

All in all, it's pretty obvious that something more than dumb luck was at play. And at this point no one has been able to prove that Joan broke any lottery rules on her way to winning $21 million. Although I'm sure lottery officials are moving mountains right now to cut off all of these advantages ASAP. In the meantime, I think we should all take a weekend trip to Bishop, Texas! I hear it's lovely this time of year!