By Issac Morgan on June 16, 2015 in Articles › Entertainment

Sprite's 21-year-old "Obey Your Thirst" slogan has been changed to "Obey Your Verse," an innovative summer campaign that features 16 notable versus from influential rappers including Rakim, Nas, Drake and the late Notorious B.I.G.

However, you must hurry quickly to a store near you to purchase the limited edition product packages that are available through the end of the summer. Examples of famous lines from artists are: Drakes "Know Yourself, Know Your Worth," Nas's "The World Is Yours," Rakim's "Thinking Of A Master Plan," and "Lyrically Supposed I'm To Represent," by B.I.G.

Sounds like a great start to a new collection of cans as antiques that someday might be worth some money.

According to a press release from the Coca-Cola Company, artists were selected based on their reputation for being true to themselves through their music, and advancing the culture. Coca-Cola credits the Wieden-Kennedy advertising agency based in New York as its driving force behind the revolutionary campaign.

Sprite and hip-hop culture seem to have an unbreakable bond that continues to make history through integrated marketing approaches which attract iconic superstars to endorse its products, creating a win-win situation for the company and its celebrity endorsers. Acknowledging hip-hop's powerful influence, the brand had become one of the first to establish a pioneering role in the evolution of the hip-hop generation. 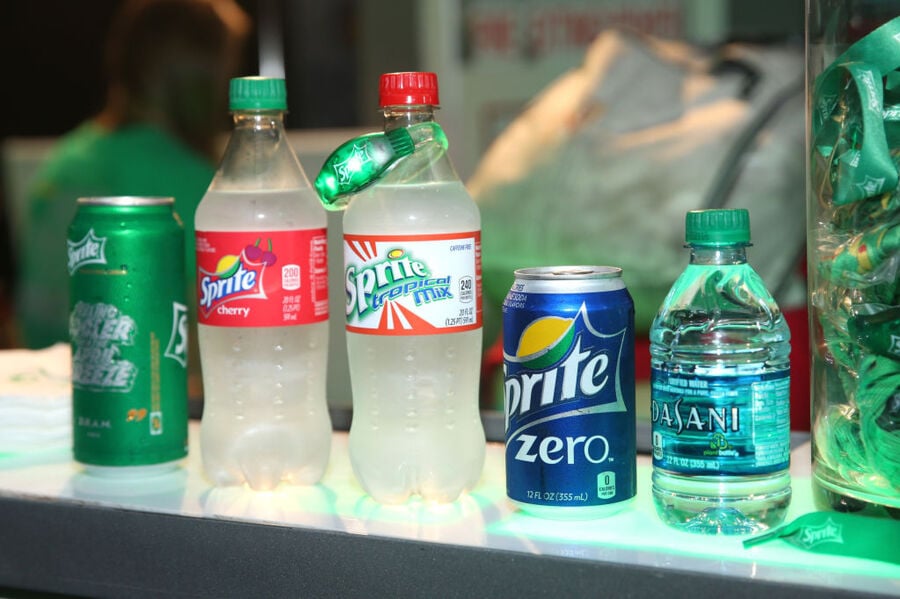 In the 80's, legendary rapper Kurtis Blow was featured in a commercial; several years later the Canadian rapper Drake appeared in a very creative TV ad that was an obvious lucrative business move for both parties. Other present-day musicians who have added to its success by partnering with the major Coca-Cola brand include Missy Elliot, Fat Joe, Common and Nas.

"Sprite recognized and respected the power of Hip Hop early, and it became a part of the brand's essence decades ago," says Kimberly Paige, Vice President, Sprite Brands and Flavors, Coca-Cola North America. "By honoring and recognizing great lyricism from some of the genre's biggest icons on our product packaging, we're demonstrating how Sprite continues to support Hip Hop artists that remain true to themselves."

Rumors have been spreading that Drake will appear in a new TV commercial during the coverage of the NBA Finals, set to debut as soon as this weekend, which would be his first since the "Spark" commercial airing in 2010. Although it's never a simple process to license lyrics for commercial use, especially when dealing with multiple publishers, Paige claims that the entire process was completed with ease.

"We were able and very fortunate to work with some amazing partners, who took what could have been a very long and extensive process and made it easy – they really hit it out of the ballpark," she says.

Is it possible that any southern MC's will make the cut for Sprite's next edition of "Obey Your Verse?" Perhaps, respected Atlanta based artists such as Andre 3000 and Big Boi of Outkast will be featured next.