Spotify recently filed the paperwork required for its IPO. In it, we learned that the music streaming service lost $1.5 billion and reported $4.99 billion in revenue in 2017 on their F1 filing. The company will debut on the New York Stock Exchange with the ticker name SPOT. According to Spotify, company shares have traded as high as $132.50 on private markets. This gives the world's leading streaming music service a self valuation of just over $23 billion. According to stock market experts, the valuation of Spotify is more like somewhere between $6.63 billion on the low end, $15.92 billion in the middle, and $23.44 billion at the high end.

Daniel Ek and Martin Lorentzon founded Spotify in Sweden in 2006. Both founders came out of the Swedish tech startup scene looking to build a new business. Ek grew up equally proficient with his computer and guitar, having received the first of both when he was 5 years old. By the time he was 14, the first dot com boom was in full swing and he was making $20,000 a month making and hosting websites. Ek gave college a try at Sweden's Royal Institute of Technology. He dropped out after eight weeks and was hired by Lorentzon's company TradeDoubler. The two bonded. Lorentzon took TradeDoubler public in 2005, netting $70 million for himself and $1 million for Ek. 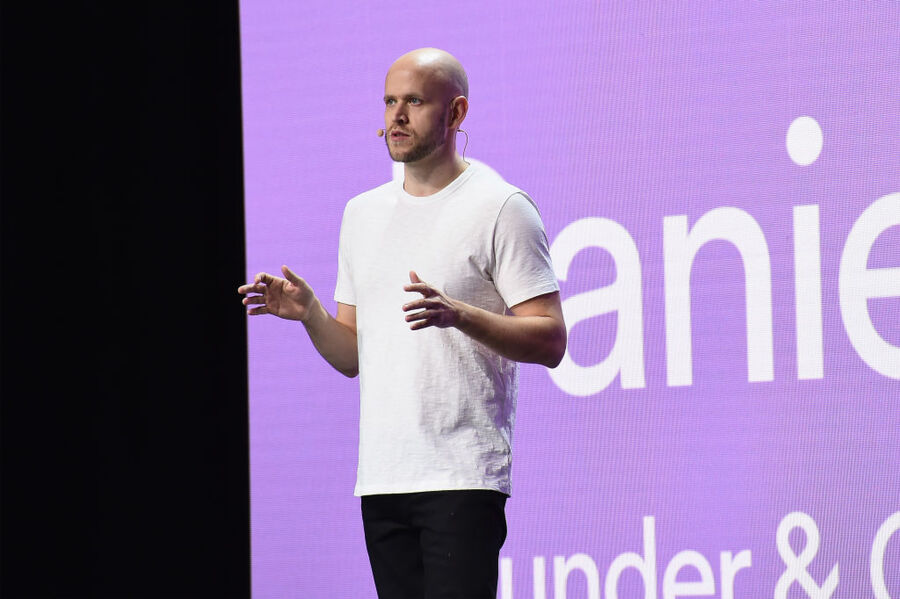 When the pair came up with the idea for a free, ad-based, music streaming service, Ek spent two years trying to pitch the idea with success to music executives. That wasn't an easy task. Spotify debuted in October 2008 in Scandinavia, France, Spain, and the U.K. It took about three more years to finalize licensing with U.S. music labels and debut here. All that work paid off as today, Spotify is the largest music streaming service in the world. It operates in 61 countries with 159 million monthly users, 71 million of which are premium subscribers. For comparison, Apple Music, which is Spotify's closest competitor, lags far behind with 36 million subscribers.

Spotify's filing with the SEC is 250 pages long. The filing gives newly public information on the company, especially on ownership structure and valuation. Ek owns 9.2% and his co-founder Lorentzon owns 12.25% of the music streaming service, not including warrants and options.

Spotify's IPO filing also discloses private transactions that valued the company at $12 billion in early 2018. That would give Ek a net worth of $1 billion and Lorentzon $1.3 billion.

Investors who stand to cash in on Spotify's IPO include Tencent Holdings (7.5% stake), Tiger Global (6.9% stake), and Sony Music Entertainment (5.7% stake). Napster and Facebook's Sean Parker is an early investor as is Li Ka-Shing, Hong Kong's richest man who recently announced his retirement at 89-years-old.

There is no word yet on when, exactly, Spotify will go public but all indications point to very soon.