It takes a lot of chutzpah to start a retail business in a recession, but Sophia Amoruso knew her clientele and knew they were bargain shoppers seeking vintage style and quality. Still, the best of intentions and market research are no match for crushing unemployment, curbed spending habits, and a difficult climate to get financed in. Did that stop this Nasty Gal? Hell no! She forged on ahead in a stunning and inspirational manner. The lessons learned from her journey aren't limited to a clothing business. Her drive and determination led to her stunning net worth all before the age of 30. 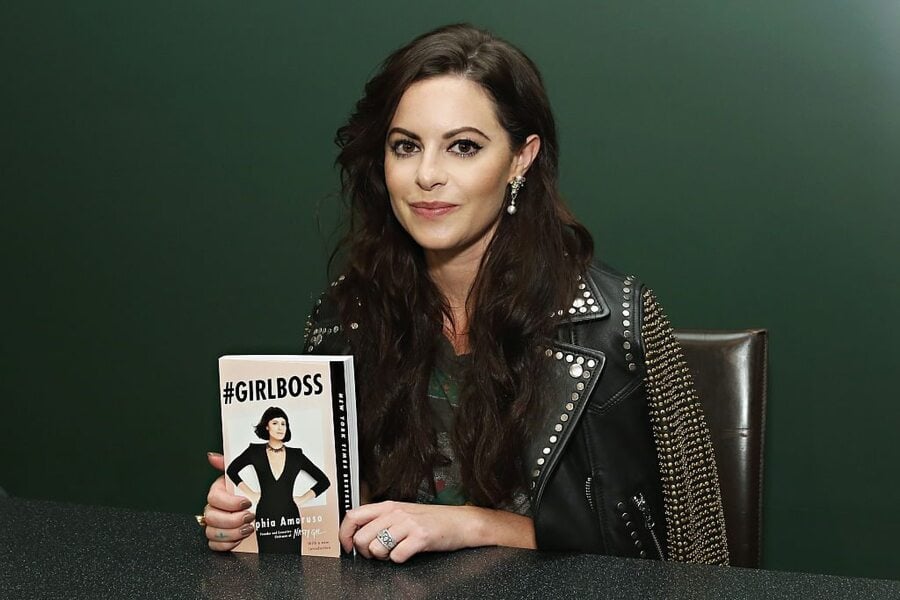 But seriously, why does someone set out in one of the worst economic climates in recent memory to start a business and HOW do they go about it? Amoruso, now not yet 30-years old, had balls that belied her real world experience when she set out. She stared out doing what she loved—sharing cool vintage clothes via social networking – and soon found she could create a business out of it.

Still moving from thrift store shopping and sharing on MySpace for fun to running an over $100 million dollar business in just a few years is a leap few are able to make. But Sophia Amoruso isn't your average 29 year old. Where most under-30 stories of success of her caliber hail from Silicon Valley, Sophia, who grew up in nearby Sacramento, did what is very hard to do—built a retail business. In 2008. During a recession. I know I keep saying that- but at that time businesses were failing left and right. Clothing businesses, restaurants, start ups, banks, major car manufacturers. Chances are you know someone (or several someones) who were laid off that year. Her sense of timing was epic.

Amoruso has had an entrepreneurial streak since she was a child. Growing up in her Greek-American family helped. She comes from a family of business owners and entrepreneurs. One grandfather ran a piano shop, the other ran a motel. Her dad sold mortgage loans. Her mom was a real estate agent. No one she knew worked a 9-to-5, punch a time clock kind of job.

Then, when Amoruso was 10 years old, both of her parents lost their jobs in the recession of the early 1990s. And that's where she learned lessons of perseverance. They cut up their credit cards. They pulled her out of her private Catholic school to save the tuition money. But the Amorusos are survivors. Sophia got a paper route to help out. When she was a teenager, she worked at Subway where she took note of her co-workers – many of them high school dropouts – and vowed not to be like them.

Her parents divorced when she was a senior in high school and she moved out of her childhood home and in with friends. She attended a San Francisco community college for a bit and bounced from job to job, working at two photo labs, a record store, and a shoe store before getting into the business of eBay selling in 2006. 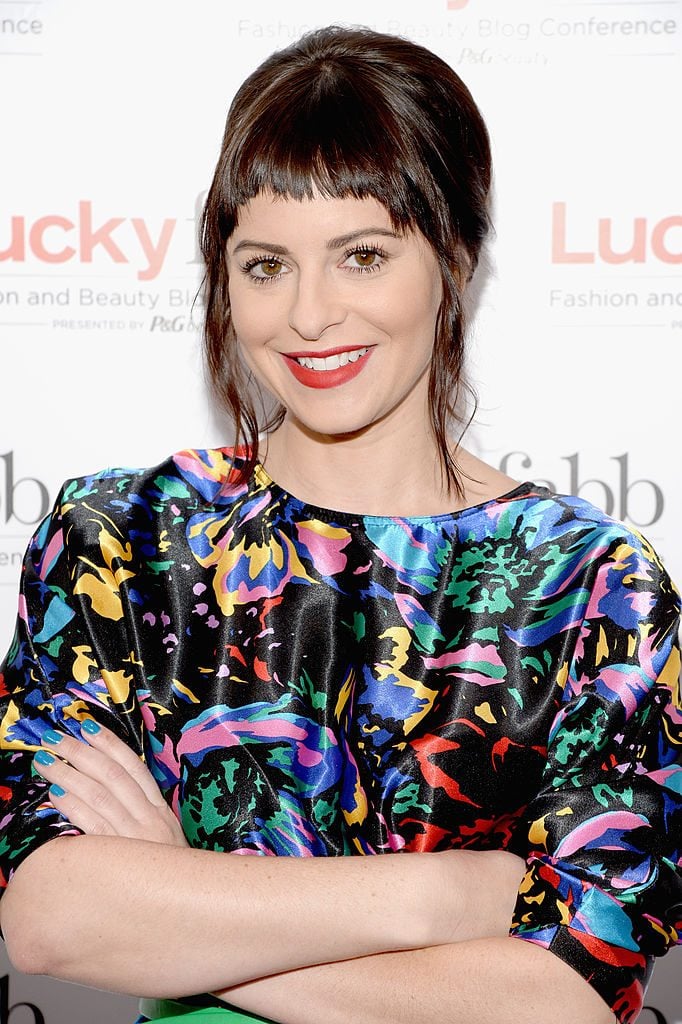 Born in San Diego in 1984, Amoruso was, as the saying goes, in the right place at the right time. Had she been older, eBay wouldn't have been around yet and social networking would not be the way we communicate. Had she been younger, these two same things would have hit their saturation point of usefulness by the time she was ready to start a business.

By the time Sophia was 22, she'd worked ten different retail jobs. She enrolled in art school as photography major but found it bored her. Then, during a bout of "what am I doing with my life blues" she found vintage-clothing eBay sellers.

Look, we've all been there. Seduced into eBay auctions for things we like, love, or collect. Sometimes packages show up at my door and I'm reminded of a late night, wine-fueled, eBay bidding war victory (does anyone want to buy a violently pink Kate Spade handbag by chance? A tie-dyed Lululemon running skirt? No? OK). But when Sophia Amoruso got into eBay, it changed the trajectory of her life.

She had already been an avid thrift store shopper for years, scouring them for vintage styles that matched up with her own fashion sense. Then eBay sellers started friending her on MySpace and Sophia noticed some things. (MySpace! Doesn't that seem like a million years ago? In fact, it is less than a decade ago, which I guess is a million years in social media time.) Mainly, she noticed that she had a better eye for photography and styling than most eBay resellers.

She thought she could do it better and she set out to do just that. She would buy an item on eBay (or in –anything from a vintage dress to a Chanel jacket – and then flip it for three to five times as much as she bought it for. As the real estate market—which had made this practice commonplace – continued to tumble in 2006, Amoruso thrived applying that principle to fashion.

Remember Amoruso was accepted to art school for photography. She used those skills to take pictures of the clothing she was selling—hanging on a hanger, styled on a mannequin, or modeled by one of her friends or even herself. She scoured flea markets, thrift stores, vintage stores, and estate sales on weekends looking for hidden treasures. She discovered a vintage Chanel jacket in a Salvation Army store for $8. It sold on her eBay store for $1,050. A cheap (in price and construction) thrift-store neon checkered little boy's sweater sold for $550.

She was doing so well on eBay that she began to promote her own URL NastyGalVintage.com in her feedback to customers. eBay didn't like that and it kicked Sophia Amoruso and Nasty Gal off their site. By that time, she'd been on eBay for a year and a half and was selling $115,000 worth of clothing, netting $20,000 of that for herself.

Sophia was a one-woman operation when she launched her website. She was going up against the biggest online brands, companies with entire teams of people to handle coding the website, fulfilling the orders, and offering customer service. Also, in 2008, when many brands had yet to embrace social media, Amoruso was all over social media. (And even earlier on MySpace). Nasty Gal has a strong presence on Facebook, Twitter, Instagram, Pinterest, and Tumblr. It does almost no advertising. It thrives on word of mouth and social media. It is a company perfectly suited for the 21st century in that way.

Amoruso succeeded largely because she had "the eye". She could figure out what would sell and why. This has enabled Nasty Gal to invest in limited runs of new vintage inspired clothing, which the company sells at full price in an era when retailers are offering deep discounts to move excess inventory.

But how did Amoruso go from netting $20,000 to having a personal net worth of $250 million? How did the world at large become aware of Nasty Gal? Kelly Ripa discovered an item on Nasty Gal that she simply had to have. Problem was, it was sold out. The fashion blog whowhatwear.com plugged NastyGal.com. Amoruso stopped a girl in a bar in New York because she liked her jacket. She asked her where she got it. The answer? Nasty Gal. She had permeated the consciousness of the fashion minded.

In 2011, Amoruso moved Nasty Gal from Northern California to downtown LA to be closer to the vendors and merchants in Los Angeles's fashion district. She secured two rounds of funding from Index Ventures totaling nearly $50 million. Index backs sites like Net-a-Porter, Facebook, Dropbox, and Etsy. They spent 18 months trying to get Amoruso on the phone. Oh, and she managed to retain controlling interest in her company even with the significant backing of Index Ventures. The investment from Index enabled Amoruso to create an options pool for her 150 employees. She also put in a formal management team – many found on LinkedIn from the Gap, Urban Outfitters, Juicy Couture, and Zappos.

In the past eight years, Sophia Amoruso has grown her spirited fashion company to $128 million in sales. For perspective, Nasty Gal had $223,000 in revenue in 2008 and $23 million in 2011. Her site has the sticky metrics online retailers salivate over. She has five million visits a month and has sold goods to more than 350,000 customers in 60 countries. Half of the site's orders are from repeat customers. One quarter of its 250,000 customers visit NastyGal.com once a day for at least seven minutes. The top 10% of visitors hit the site more than 100 times a month.

Sophia Amoruso didn't go to college. But she knew her market and mastered social media – converting likes into sales and a $250 million net worth. And, while she's kept her head about her company's finances, eschewing pricey desk chairs in favor of more thrifty seating – she has splurged on two special items – a white Porsche that she paid for in cash and a pair of stylish silver spiked Christian Louboutin heels. Despite the recession, Amoruso's vision paid off.