By Venus Lockett on October 14, 2015 in Articles › Entertainment

A notorious Hollywood mogul and businesswoman, Sofia Vergara has had quite a career so far. Over her many years working within the entertainment industry, she has had her fair share of both television and film roles. What's more, she has also scored her share of endorsement deals. From Diet Pepsi to Synthroid, how much did she get paid? Let's find out!

In 2011, the actress took on a deal with Cover Girl cosmetics. Her first official commercial airing in 2012, much to the delight of fans of the brand. In exchange for a series of commercials, print photos, and appearances, the actress scored $3.5 million.

In the same year, she also linked up with the well-known discount chain store, K-Mart and launched her own clothing line. A sensibly sexy line geared towards soccer moms, Vergara created the line so that busy moms can look good on a budget. The line includes clothing, undergarments, and jewelry pieces that seem to have struck a cord within her target demographic. That is wonderful news for K-Mart, which paid her an unprecedented $7 million, for the usage of her name and likeness, as well as help with creating the brand.

2011 was clearly a busy year for the entertainer. She also appeared in a number of State Farm commercial, which were both comical and well received by the public. A great deal for all parties involved, in exchange for the usage of her talents and beauty, she was compensated with $3.5 million.

Yet another of her marvelous moves in the year of 2011, the actress also appeared in a series of hilarious commercials for the cable company, Comcast. She also received $2.5 million for her appearances in the ads. 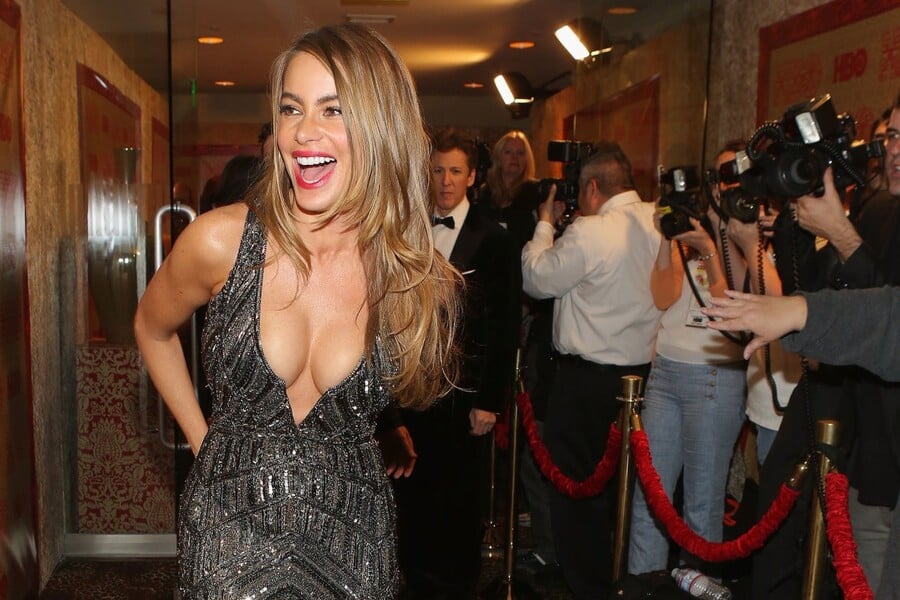 Rounding out her highly lucrative year, she also appeared in a number of commercials in the promotion of Diet Pepsi. Most notoriously, one in which she appeared opposite soccer champion and model, David Beckham. Sexy and hysterical, Sofia received $3.5 million for appearing in the commercials and even went on to sign another endorsement contract in 2013.

Fast forward to 2013, the starlet landed a furniture line with the popular furniture store, Rooms to Go. For helping to create the line as well as allowing the usage of her name for the line, she was paid another $3 million.

Most likely one of her most difficult yet rewarding campaigns, also in 2013, Sofia was paid to share her frightening experience with thyroid cancer and why she utilizes Synthroid to address her hyperthyroidism. She received $6 million for working with this company to help spread awareness.

In 2014, she filmed a 30-second spot for the well-known phone company, AT&T and received another $2.75 million in the process.

Lastly, also in 2014, the actress signed on to be the face of the well-known dandruff shampoo brand, Head & Shoulders. Cutesy and family centered, the actress took home $4 million for signing this deal.

Overall, with a net worth of $100 million, it is doubtful that the actress will be strapped for cash anytime soon. With the impressive ability to net such a large sum in a few short years alone, the whole world needs to keep an eye on the next moves of this versatile, Univision host.