Snapchat Founders Are Now The Youngest Billionaires On The Planet

By Brian Warner on March 2, 2015 in Articles › Entertainment

Back in November 2013, the whole world was stunned when it was revealed that the founders of Snapchat had turned down (for what) a $3 billion cash acquisition offer from rival social media juggernaut Facebook. I was particularly shocked, because like most people, I just assumed Snapchat was nothing more than a silly app that helped college freshmen send disappearing photos of their genitalia to members of the opposite sex. How could that be anything more than a flash-in-the-pan fad like Chatroulette or Words With Friends or Myspace? It seemed absolutely crazy to me that the people behind Snapchat, Evan Spiegel and Bobby Murphy, would have the nerve to reject so much money in an offer that was delivered to them personally by Facebook CEO Mark Zuckerberg. Especially when you consider that the two founders were both under the age of 23 at the time. Well, it turns out I really should have had more faith in team Spiegel and Murphy because as of right now, they are both the youngest billionaires on the planet.

At the time Zuckerberg offered $3 billion, Spiegel and Murphy are believed to have each owned 15% of Snapchat. That would have meant that they both would have received $450 million before taxes. After taxes, they both would have been left with around $270 million in the bank. At 23 years old. From an app that causes photos to disappear.

In August, 2014, Snapchat took in an investment from Venture Capital firm Kleiner Perkins, which valued the company as a whole at $10 billion. By this time, Spiegel and Murphy's ownership stakes had been reduced to approximately 7.5% each. That meant their paper net worths (before taxes) were $750 million per person. At 24 years old. From an app that causes photos to disappear. 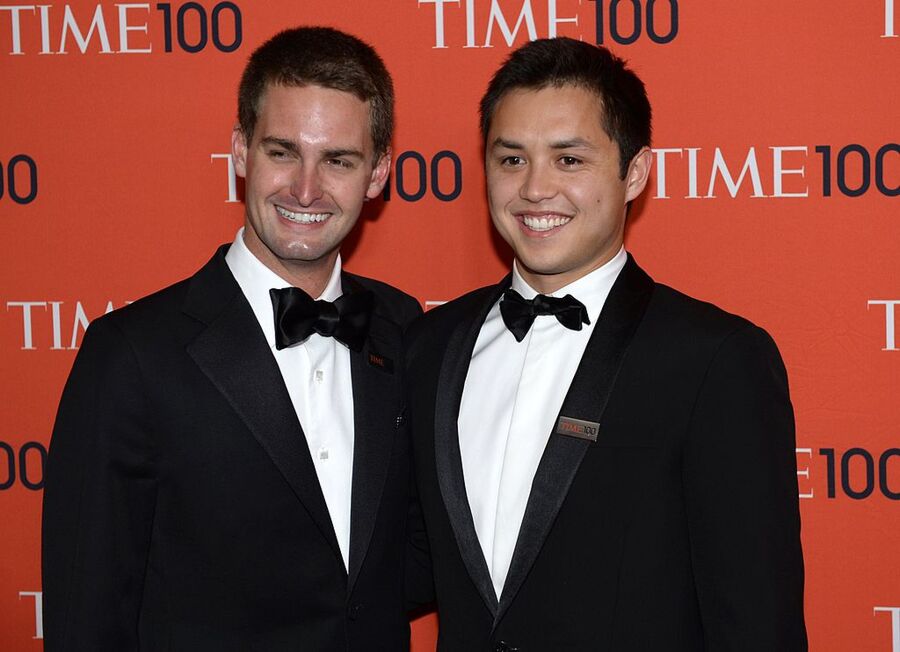 Just five months later, Snapchat received another investment round, leaving the company with a valuation of $19 billion. As of this writing, the company is valued at $20 billion.

At 24 and 25 years old, respectively, Spiegel and Murphy are officially the youngest billionaires on the planet. They both knock out the previous holder of this title, 29-year-old Greek shipping heiress Athina Onassis (born January 29, 1985).

Other notable young billionaires include: