From Slave To Millionaire Land Owner: The Biddy Mason Story

Bridget "Biddy" Mason was born in August 1818 on a plantation in the southern United States. She was an African American woman in the time of slavery. She was a slave in the house of Robert Smith, a farmer in Mississippi. While she was a slave for Smith, Biddy gave birth to her daughters Ellen, Ann, and Harriet.

The Smiths' were converts to the new Church of Jesus Christ of Latter Day Saints. They decided to move to the Utah territory in 1847 to live amongst other Mormons. The whole household packed up and traveled in a caravan through the Midwest with Biddy walking most of the way, tending the sheep and her daughters.

In 1851, Robert Smith once again decided to move. This time he settled in San Bernardino, California. What Smith didn't seem to know at the time was that California was a free state as slavery had been outlawed. The California constitution stated "Neither slavery nor involuntary servitude unless for the punishment of crimes shall ever be tolerated in this state." Biddy and her daughters had become free the moment they crossed the border into California. It is unlikely that Biddy was aware of this and Robert Smith sure wasn't going to tell her, so she continued working in his household for a time. 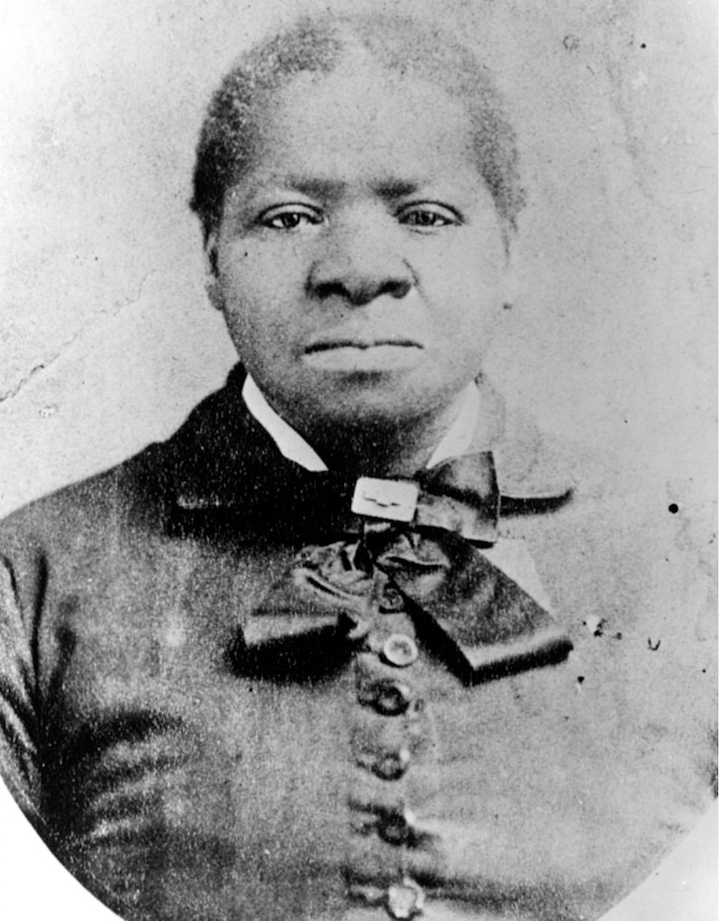 Smith saw some success in cattle ranching and Biddy made friends with the free black people in that area of California. She grew particularly close to Elizabeth Rowan and Robert and Winnie Owens. Over time, Smith became paranoid that his slaves would be freed, so he moved all of them, including Biddy and her daughters, to a remote canyon in Santa Monica to hide them from authorities. He was planning to move the household to Texas, which had an agreement with California that stipulated that former adult slaves who returned to a slave state would once again become slaves.

Biddy's friends were not going to let this happen to her. Elizabeth Rowan sent a message to the Los Angeles County Sheriff, telling him that Smith was still keeping slaves and that they needed the sheriff's help. The sheriff and Robert Owens served Smith with a writ of habeas corpus. He was ordered to appear in court for trying to lure people of color out of the state without notifying them that they would once again be enslaved.

Robert Smith went on trial in January 1856. He claimed that Biddy and the other African Americans in his household were family members who had offered to go to Texas with him of their own free will. The court ruled in favor of the former slaves and they were all free. Biddy was 37 years old.

She moved in with the Owens family and her oldest daughter, Ellen, married the Owens' son Charles. Not long after, Biddy met Dr.  Griffin, and the doctor hired her to be his nurse and midwife. Biddy Mason delivered many babies and was beloved across Los Angeles. At the time, less than 20 of LA's 2,000 residents were African Americans.

Owens and Griffin were both landowners and the two urged her to invest in land. In 1866, Biddy Mason had saved enough money to buy a parcel of land on Spring Street, in what is now downtown Los Angeles. She finally had a family home of her own. However, Biddy's home at 311 Spring Street wasn't just a home for her and her daughters, it was also a place where stranded or needy settlers could stay. Biddy also held civic meetings  in her house and ran a daycare for working moms.

Over the years, Biddy continued to invest in real estate and her community. She set up her own midwife business. During the Los Angeles flood of the 1880's, Biddy told a local grocery store that any family who were homeless as a result of the floods were to be given groceries. Biddy Mason paid their bills.

In 1884, she noticed that Spring Street was becoming more active. Stores and business were setting up shop. It was a good time to make a profit and she sold half of her property for $1,500. She then made the savvy decision to build a two story brick building on the remaining half. She rented out the street level to businesses and lived in an apartment on the second floor. She also sold a lot she owned on Olive Street for a tidy profit. She had bought that lot in 1868 for $375 and sold it for $2800 roughly 16 years later.

In 1885, Biddy turned over part of the Spring Street property to her grandsons for a nominal fee. She signed the contract with her customary "X." Biddy was a wealthy and successful real estate investor, midwife, and beloved resident of Los Angeles, but she had never learned to read or write.

Bridget "Biddy" Mason died on January 15, 1891 at her beloved home on Spring Street. At the time of her death, she was one of the richest women in Los Angeles with a $300,000 fortune (about $6 million today).