From Skid Row Junkie To Millionaire All Thanks To Juice

By Amy Lamare on October 31, 2016 in Articles › Entertainment

In 2003, Khalil Rafati was not in a good place. He was homeless, addicted to heroin, and living on Los Angeles's dangerous and notorious Skid Row. He was emaciated, covered in sores, and weighed just 106 pounds. Today, he is a transformed man. He is not just clean and sober, he's also the millionaire owner of SunLife Organics, a chain of juice bars that started in Malibu and now has six locations all over Los Angeles and counts among his customers David Duchovny and Anthony Kiedis. But don't expect to pop in for a quick juice. SunLife Organics locations typically have lines out the door and down the block, full of people waiting to buy drinks with names like "The Happy" and "The Elixir of Life."

It has been just five years since 46-year-old Rafati started his juice empire. He credits the juice with saving his life, something he wrote about in his memoir I Forgot To Die. 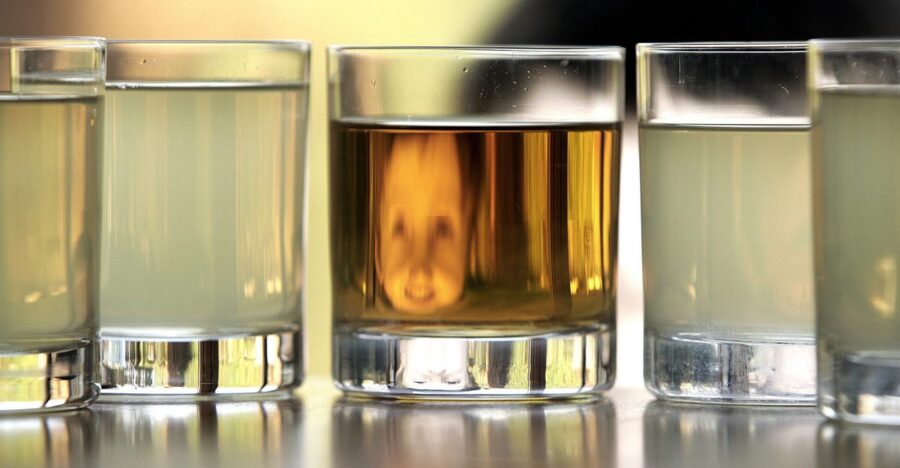 Rafati was born in Toledo, Ohio in 1969, the son of a Polish Jewish mother and a Palestinian Muslim father. His parents raised him Roman Catholic. He was sexually abused as a child and had run ins with the law. In 1992, he hopped in his car and drove non-stop to Los Angeles to start a new life. Once in L.A., Rafati started a business detailing cars and soon found himself employed on the estate of Elizabeth Taylor. Other celebrity clients followed including Guns N' Roses guitarist Slash and actor Jeff Bridges.

But Rafati wasn't content just doing odd jobs for celebrities, so he invested his earnings in bulk purchases of marijuana, which he sold at a huge profit. That soon turned into selling ecstasy at raves and smuggling ketamine across the border from Mexico. And then one night he tried heroin and found what he'd always wanted: A happy childhood.

Rafati fell into a deep spiral of addiction and nearly died in 2001 when he intentionally overdosed on heroin at a house party. Paramedics saved his life that time, but Rafati had yet to hit bottom.

That bottom came in June 2003 when he was living on L.A.'s Skid Row. He had had countless failed attempts at sobriety, and served time in Los Angeles County Jail. He was done. Rafati soon became as addicted to his health and sobriety as he'd been to drugs. The first step to his new life happened when a friend introduced him to juicing and super foods. For Rafati, the changes he felt were instantaneous.

In 2007, Rafati founded a sober living house in Malibu called Riviera Recovery Center. He started making his own juices and smoothies for the patients and staff. He created a drink called "The Wolverine" with dates and bananas that became SunLife's signature drink.

"The Wolverine" is designed to rejuvenate and strengthen those who drink it. Soon word of his smoothies started to spread like L.A.'s famous wildfires in Malibu and people who weren't patients at Riviera started showing up to enjoy one of Rafati's smoothies.

The true test of his smoothies was evident in the results in Riviera's patients. They were all getting stronger and healthier. It was then that Rafati decided to open a juice store. SunLife Organics was born with the help of $50,000 he had saved in gold coins and a bit of financial assistance from a professional gambler.

Rafati's mission was simple. He wanted to: "Love, heal, and Inspire."

SunLife Organics sells 32 different kinds of smoothies and protein shakes full of ingredients chosen for their effect on the body's health like Dandelion Greens and Himalayan Pink Salt.

Rafati's SunLife Organics staff is made up of people who need the kind of help he so desperately needed to get clean and sober 13 years ago. He is a father figure to them, pushing them to get healthy, and helping them in any way that he can.

It's not just celebrities and Malibu residents who frequent Rafati's juice bars. He's created an informal meeting place for people on the mend, people whose spirits need a boost – from drugs, alcohol, a bad breakup, a bad day. His juice bars are comforting places for those who thirst.