Six Self Made Immigrant Millionaires (And One Billionaire)

It takes a lot of ambition, dedication, and vision to build a million or billion dollar business and net worth. Can you imagine how hard you have to work to make that happen? Now imagine doing it outside of your home country. That's just what these seven people have done. Immigrants make up 13 percent of the population of the United States.

Nearly 14 million people have immigrated to the U.S. in pursuit of the American Dream in the last decade. Many, if not most, come here searching for a better life. They come to the U.S. knowing that if they work hard, they will be rewarded and that there is opportunity in the land of the free and home of the brave. That is not the case in many of the countries these six millionaires and one billionaire come from.

In fact, one in six small business owners in the U.S. is an immigrant. The seven people below bring a unique perspective to the business they've started and/or run. These millionaires (and billionaire) come from diverse backgrounds and are in a number of industries ranging from technology to fashion to restaurants. 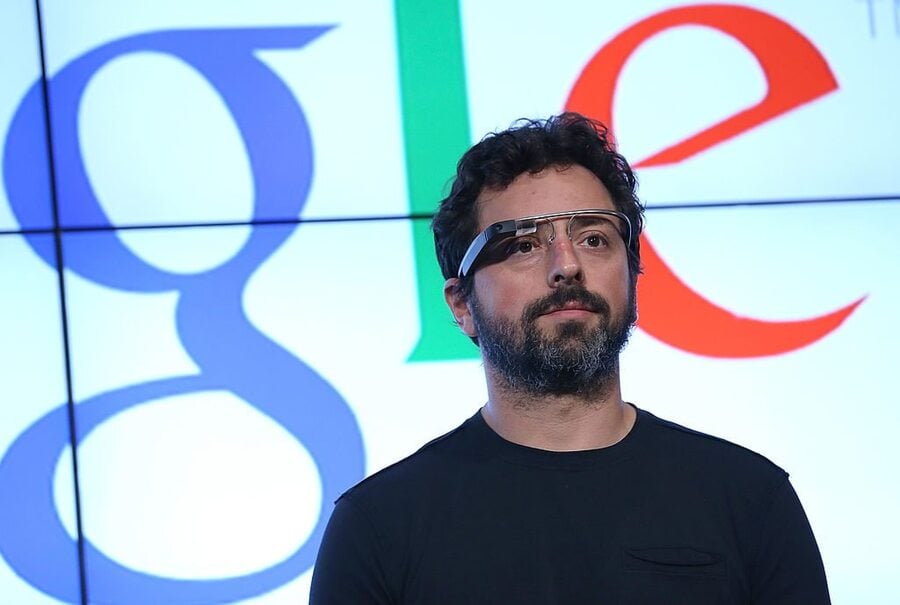 Sergey Brin's family left Moscow for America in 1979 during a period of anti-Semitism in their native land. Brin was 6 years old. The family settled in Adelphi, Maryland and Brin got his B.A. in mathematics and computer science in 1993 at the University of Maryland. After than he set off for Stanford for a MS and PhD which is where he met Larry Page. The two came up with the idea for Google and launched the now ubiquitous search engine in 1998. When Google went public in 2004, Sergey Brin became a billionaire overnight.

Carlos Castro fled to the United States from El Salvador in 1980 when his country was in the midst of a violent civil war. He was 26 years old and he had to leave his wife and young children behind in El Salvador. Castro entered the U.S. illegally, landing in Washington D.C. where he worked as a janitor, dishwasher, and eventually cook before he became a legal resident of the U.S. in 1986. Castro started working in construction, saving up enough money to bring his family to the US. In 1988, a family friend suggest that Castro and his wife start a Hispanic grocery store. The idea clicked with the couple and they spent the next couple of years learning as much as they could about the ins and outs of starting a small business.

The first Todos Supermarket opened in 1990 in Woodbridge, Virginia. It wasn't easy at first, especially that first year. Gladis Castro worked other jobs to make ends meet and was making more money cleaning houses than the store was. Business did pick up, however, and the Castros opened a second Todos in 1998 in Alexandria, Virginia.

Jose Wilfredo Flores also escaped El Salvador's brutal civil war. He was 14 years old when he made the month long journey to Philadelphia. He arrived in the U.S. stuffed into a U-Haul truck with many other illegal immigrants. The police pulled over the truck and detained the occupants, but Flores was released because he was so young. Flores continued on to Washington D.C. where his uncle and 18 year old brother were. He had no shoes, no money, nothing but a desire to live a better life.

Flores cleaned offices part time while going to middle school. When he was 15, he left school to work full-time in construction using a fake ID that said he was 18. Several years later he became eligible for a legal work permit and by the time he was 25, he had learned the concrete business and was supervising a crew of 50. It was a good job, but Flores dreamed of owning his own business. He wanted more.

A little more than a decade ago, Jose Flores used his savings and a line of credit to start Jessup, Maryland-based W Concrete. One of his company's first jobs was to pour concrete for the building that replaced his middle school. In 2011, W Concrete brought in $6.6 million. Jose Wilfredo Flores is also now a U.S. Citizen.

Lowell Hawthorne moved to the Bronx in 1981 when he was 21 years old. One of the lucky few to arrive in the U.S. with a green card in hand, he landed a job with the NYPD as an assistant stock handler while getting his associate degree in accounting from Bronx Community College. He was promoted to accountant with the NYPD but that wasn't his calling. Back in Jamaica, Hawthorne's father had run a bakery. Hawthorne wanted to work day in and day out alongside his family so he pitched the idea for a Caribbean themed, family-style restaurant to his seven brothers and sisters who had also moved to the U.S.

Lowell Hawthorne and his siblings had a hard time securing a small business loan because of the high failure rate of restaurants- especially niche restaurants like Golden Krust. The Hawthorne siblings took out second mortgages on their houses and borrowed money from their friends and family. With $107,000 raised, the first Golden Krust restaurant opened in 1989 in the Bronx. By 1991, Hawthorne was able to leave his job with the NYPD to focus exclusively on the restaurant. In 1992, he became a U.S. citizen.

There are now over 100 Golden Krust locations along the Eastern seaboard. In 2011, Golden Krust had $100 million in revenue. Of course Hawthorne has plans for expansion of more franchises as well as a line of cooking sauces.

Shama Kabani moved to the U.S. with her family in 1994. She was 9 years old. Her dad drove a taxi and her mom ran a café that later became a Subway franchise. She watched her parents work hard, even harder than many, as they were also trying to adjust to their new country. Kabani started her first business at the age of 10, selling gift wrap.

After she earned her master's degree from the University of Texas in organizational communications, Kabani had a hard time finding a job. She had written her thesis on the impact of social media and knew she wanted a job in that industry, but those jobs didn't quite exist yet. So Shama Kabani took $1,5000 and launched The Marketing Zen Group, a digital marketing firm that focuses on social media and digital public relations for clients that range from publicly held Fortune 1000 companies to privately held small businesses and non-profit organizations.

In just a few years, Kabani's firm has gone from one employee to 30, and reached the $1 million revenue mark just two years after launching. The firm is expected to have more than doubled that when 2012's revenue totals come out.

Shama Kabani became a U.S. Citizen in 2012, a process that took three years. Not yet 30, Kabani is primed for a long and successful career.

Founder and CEO, The Natori Company

Josie Natori moved to New York from her native country of the Philippines in 1964 to attend Manhattanville College in Purchase, New York. She received her bachelor's degree in economics and went on to work at Merrill Lynch. She was promoted up through the ranks and became the first female Vice President in the investment banking industry. Josie Natori became a U.S. citizen in 1974, and began brainstorming ideas for her own company. At one point she considered opening a car wash and a McDonald's franchise. Josie Natori stumbled upon fashion when a buyer at Bloomingdale's showed interest in a nightgown Josie had made from what was originally a hand embroidered peasant style blouse from the Philippines.

The Natori Company sells lingerie, sleepwear, loungewear, and underwear to high-end department stores both in the U.S. and internationally. In 2011, Natori entered into a deal to offer a more affordable lingerie line available exclusively at Target and that same year her company's sales topped $150 million.