Shirley Temple: The Child Star Who Left Hollywood on Her Own Terms and Became a Stellar Adult

By Paula Wilson on February 11, 2014 in Articles › Entertainment

For a distressing number of child stars, growing up means growing right out of a job.  For many former child stars, this means that their teenage and young adult behavior, amplified by the presence of the media and full bank accounts, spirals out of control.  Since they can no longer make movies, they start making headlines instead.  However, there are a few former child stars that have handled the transition well.  They either shifted their focus to another career, or carefully orchestrated their images as they matured.  Shirley Temple, the first major child star in Hollywood, became famous worldwide without the use of social media.  She was the epicenter of an entertainment empire before she started kindergarten and earned the equivalent of tens of millions of dollars before she was a teenager.  With all of her early success, the potential for a disastrous young adulthood was very present.  Despite the odds against her, she went on to craft one of the most fascinating post-Hollywood careers ever, and set the standard for all child stars to come.  How did she do it?  Her story will surprise you.

Shirley Temple was born in Santa Monica, California on April 23, 1928.  Her family was almost textbook-normal.  Her parents were a bank employee and a homemaker, and she had two brothers.  She showed an early interest in music and movement, so her mother enrolled her in acting, singing, and dancing classes when she was three, at Meglin's Dance School in Los Angeles.  At the time, Mary Pickford was a big star, and wore her hair in ringlets.  Shirley Temple's mother began styling her hair the same way, and the style would become one of the young actress' signature looks. 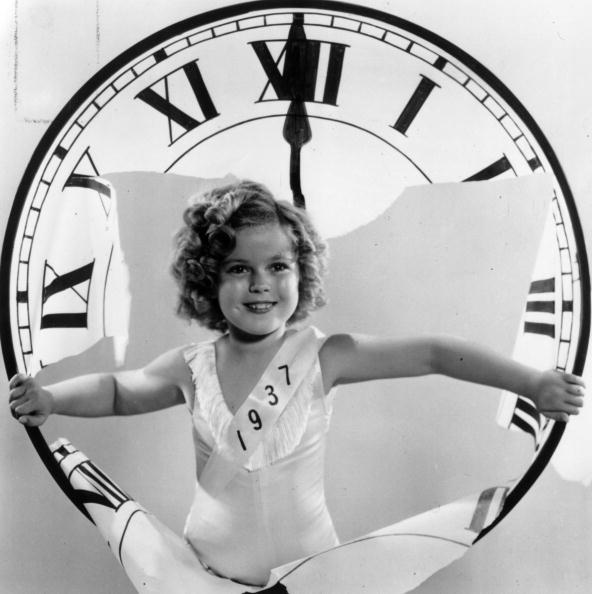 She began acting professionally when she was four years old, after being scouted at her dance school.  She signed with Educational Pictures, and for the next year, she appeared in a series of wholesome family-oriented short films, playing recurring roles in "Baby Burlesks" and "Frolics of Youth", as well as modeling in advertisements.  Educational Pictures loaned her out to other studios to play smaller roles in such feature films as "The Red-Haired Alibi", "Out All Night", and "To the Last Man".  Educational Pictures subsequently went bankrupt, but the Fox Film Corporation knew talent when they saw it and immediately signed her. Over the course of the next year, she appeared in 10 films.  By the time filming on her third movie at Fox, "Stand Up and Cheer!", had wrapped, entertainment executives knew they had a star.  They began promoting the now six-year old actress, making sure she was seen prior to the release of the film.  "Stand Up and Cheer!" was a hit, and suddenly, Shirley Temple was the child actress everyone wanted to see.  By the middle of 1934, she was making a remarkable $1250 per week.  Adjusted for inflation, that equal to $22,000 per week today.  Not bad for a six year old!  She continued to make audience's happy with her work in "Little Miss Marker".

Though her singing and dancing ability had been somewhat utilized in her previous projects, Fox executives decided it needed to be placed front and center.  The film, "Bright Eyes", was created just to showcase her abilities as a "triple-threat".  The movie, released in December of 1934, featured Shirley as a sweet, wholesome orphan who thawed a seemingly heartless grandfather-type character.  It featured her now legendary performance of "On the Good Ship Lollipop" and was a massive and instant success.  The following year, she received the first Juvenile Oscar, and added her hand and footprints to the sidewalk in front of Grauman's Chinese Theater.

After Fox merged with Twentieth Century Pictures, entertainment impresario Darryl F. Zanuck hung the success of the studio around the seven year old's neck.  With a nineteen-member team of writers known as the Shirley Temple Story Development Team, Twentieth Century-Fox churned out eleven original scripts, and multiple adaptations of classic stories, all crafted around the pint-sized actress who had become their biggest box office draw.  Over the course of the next five years, she would star in such popular films as "The Little Colonel", "Our Little Girl", "Curly Top", "The Littlest Rebel", "Poor Little Rich Girl", "Dimples", "Wee Willie Winkie", and "Heidi".  Her films were the top box office draws through 1938, and she was the #1 actress in Hollywood during those years, as well.  Her films, which were released during the Depression, were light, frothy, sweet projects, that always ended on a happy note.  They usually involved her rehabilitating someone curmudgeonly or selfish by being kind and lovable, and they were perfect escapist fare.

However, by 1939, her star had begun to fade.  Twentieth Century-Fox was having trouble figuring out how to market the eleven-year old actress.  She began to have as many hits as misses.  Flops like "Little Miss Broadway" and "Just Around the Corner", bumped up against successes like "Rebecca of Sunnybrook Farm" and "The Little Princess".  The studio couldn't seem to find the right balance.  She was offered the part of Dorothy in "The Wizard of Oz", but Darryl F. Zanuck turned it down and cast her in another book adaptation, "Susannah of the Mounties".  While the film did make money, she was no longer the top box office draw in Hollywood. 1940 brought two major flops. At this point, her parents looked the situation over, bought out her contract, and sent her off to a private day school in Los Angeles.  Twentieth Century-Fox quickly appropriated her former offices, and within weeks, it was as if Shirley Temple, the child actress, had never existed.

Before Shirley turned 13 years old, she had earned more than $3 million from acting, merchandise and appearance fees. That's equal to just under $35 million in today's numbers.

MGM approached her a year later, and signed her to a movie contract.  Their plan was to revive her career by having her work opposite their two brightest teen stars, Mickey Rooney and Judy Garland.  Unfortunately, Shirley Temple's sweet, wholesome energy did not work with the other two performers, and all plans for film projects were quickly scrapped.  She appeared in one unsuccessful film before her contract was dissolved.  She made another attempt with United Artists, but again, found little success.  She returned to school and went back to being a regular pre-teen.  In 1944, at age 16, David O. Selznick decided to revive her career.  She began appearing in a series of successful wartime films, including "Since You Went Away" and "I'll Be Seeing You".  However, his focus soon shifted, and she began appearing in movies that were lackluster at best.  Her performances began to show her frustration at being stuck playing sweet, wholesome girls, even though she was in her late teens.  In 1950, after looking over her career and considering what she wanted from life, she announced her official retirement from film work.  She was 22 years old.

However, the entertainment world was not done with her.  In the late 50s, she began hosting, and occasionally starring in, a television series that showcased adaptations of fairytales.  The series, initially called "Shirley Temple's Storybook", and later "The Shirley Temple Show", was a hit.  However, NBC, the network that aired the program, kept moving the air date and times around.  Eventually viewership declined, since no one ever knew when the show was going to air.  She then went on to guest starring roles on such shows as "The Red Skelton Show", but for the most part, she stepped away from Hollywood.

She did not step away from the public eye, however.  Instead, she shifted her focus to politics.  Here is where her story diverges wildly from the usual post-child star trajectory.  The same actress who had come to epitomize wholesome, wide-eyed innocence, had some very clear ideas about how the country should be run.  By the mid-60s, she was a very active member of the Republican Party in California.  After losing the election to become the representative of California's 11th Congressional district, she secured a more interesting role in government.  The fact that her image was synonymous with all things good prompted President Richard Nixon to appoint her Representative to the United Nations General Assembly in 1969.  In 1972, she stepped away from politics to battle breast cancer.  She announced her mastectomy surgery and recovery to the world, becoming one of the first female public figures to speak openly about breast cancer.

Whether it was that the times were different, or that her family was so normal and protective of her, or that she really was as wholesome as she seemed on film, Shirley Temple managed to buck the troubled former child star trend in a big way.  She went from being the nation's biggest box office draw to genuinely affecting the reputation of the United States overseas.  While she received numerous awards from Hollywood, including a star on the Hollywood Walk of Fame, she rarely discussed her childhood career.  She was more interested in world politics.

Her films are beloved worldwide, so it only stands to reason that she would be welcomed wherever she went.  However, that stellar reputation only existed because she matured as gracefully as she did.  Most importantly, unlike many child stars, Shirley Temple chose when to walk away from Hollywood.  Looking back at her very full life, it is clear that she made the right decision.  She passed away February 10, 2014, in her home, surrounded by friends and family.  At the end of the day, that's all anyone, former child star or not, can ask for.