By Simon Gerard on October 10, 2011 in Articles › Entertainment

It's looking like the financially troubled country of Greece might be pawning a few assets to stay afloat. This time, it's looking like the Sheikh of Qatar (Sheikh Hamad bin Khalifa Al Thani) wants to buy the Greek island of Skorpios and another smaller one near by, both in the Ionnian Sea. 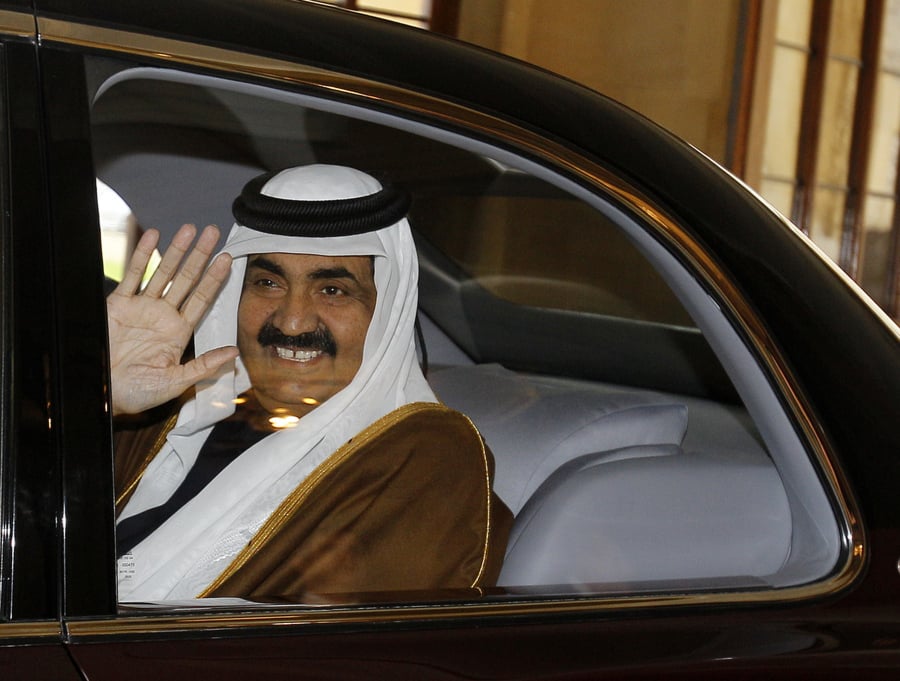 The island of Skorpios is more than a beautiful, undeveloped island, it has a very famous history as well. Skorpios formerly belonged to Aristotle Onassis, the famous Greek shipping billionaire. He bought the island from the Greek government and it's where he married Jackie Kennedy in 1968. Onassis built a luxurious villa called the Pink House for his new wife on the island, which included tennis courts and spectacular gardens.

The island is now owned by his billionaire granddaughter and heiress, Athina Onassis Roussel. In 2009, she made a public statement that she was looking to sell the island, with Bill Gates making a visit as a potential buyer. Now the Sheikh of Qatar, who has a lot invested in Greece might also be looking to scoop it up. Skorpios Island is estimated to be worth around $200 million. In spite of Athina Onassis Roussel's claim, the Greek government is against the sale of a national landmark. They also cite that Aristotle Onassis specified in his will that his island could not be sold.

In spite of that, it hasn't stopped Athina from showing a few billionaires around the place. We'll have to wait and see if the deal for this pristine, unspoiled island paradise is allowed by the Greek government. And if Bill Gates does jump back in to start a bidding war with the Sheikh of Qatar, he'd probably win, considering Bill Gate's house is worth 3/4 the price of this island and his much larger net worth.