How Shark Tank's Barbara Corcoran Turned a $1,000 Loan into a $80 Million Dollar Empire

By Amy Lamare on December 14, 2013 in Articles › Entertainment

Barbara Corcoran wields her no-nonsense, mother hen shtick on ABC's Shark Tank and directs it both at the budding entrepreneurs looking for a deal and at her fellow sharks. She can cut Kevin "Mr. Wonderful" O'Leary down with a withering gaze, bring Mark Cuban's boyish exuberance under control, and get Daymond John to lighten up a bit. She is inherently likeable and yet, you would not want to mess with her. This is one tough lady who took a $1,000 loan from an ex-boyfriend and said goodbye to her career as a diner waitress and hello to the lucrative world of New York City real estate.

Corcoran grew up in Edgewater, New Jersey as the second oldest of 10 kids. Her father was a printing-press foreman and her mother was a housewife. Corcoran was not a good student academically, earning straight Ds in her Catholic elementary. She credits her street smarts as a big factor in both survival and success. She attended St. Thomas Aquinas College, where she worked at everything from hot dog vendor to orphanage housemother before graduating in 1971. 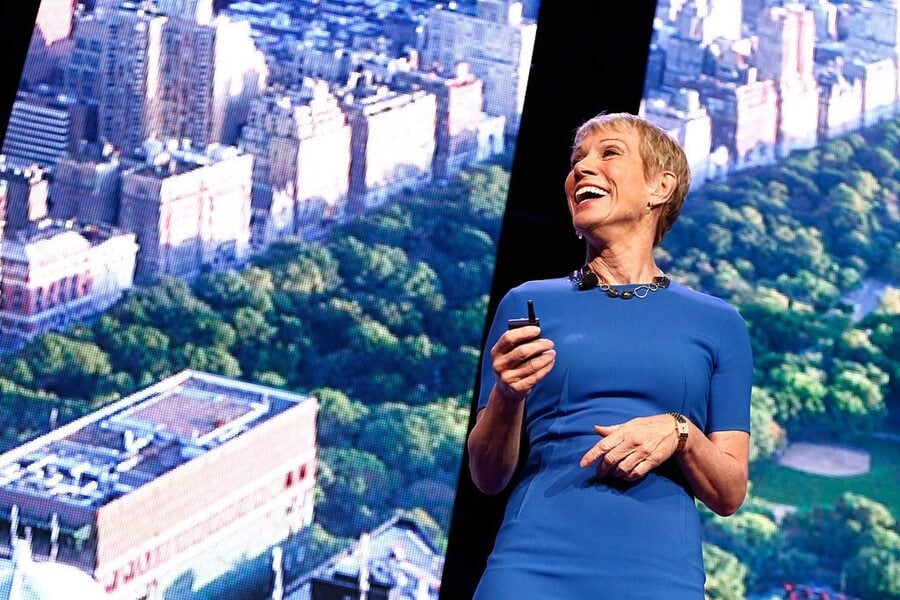 After college, Corcoran was working as a waitress in a diner when she borrowed $1,000 from her then boyfriend Ray Simone, who was a small New Jersey-based contractor. She called her business Corcoran-Simone, gave Simone 51% controlling interest, and Barbara's real estate career was off and running.

She started out as a rental agent, and one day found herself showing rentals to an engineer from Union Carbide. The engineer told Corcoran he wanted to buy a place. Exhibiting the moxie she is known for, Corcoran didn't let the fact that she had no listings stop her. She took him all over town, acting like she knew what she was doing. The engineer ended up buying a place, and Corcoran's commission was $3,000, about 10 times more than a typical rental commission. She took this as a sign that Corcoran-Simone was destined to go into sales. She advertised for a sales agent.

In 1973, a three-line ad in the New York Times cost $180. Whenever Corcoran found herself with more than $180 in receivables, she would hire another agent. She started to get used to the bigger commissions and kept growing her company. By 1975 she had moved to larger office spaces and gotten totally out of the rental agent business. Now Corcoran-Simone handled only sales.

By 1978, the company had annual revenue of $560,000 and Simone told Corcoran he was marrying someone else. As they divided the company, Simone told her she would never be successful without him. Barbara started the Corcoran Group to prove him wrong. It was the first female owned real estate firm in New York City. In her first year in business, she had seven agents and $350,000 in revenues.

Corcoran approached building her company differently, perhaps representative of her gender norms. Real estate, especially in New York City, is a high stress job. She recognized that anything you could do for your employees that made them feel appreciated would come back to the company in increased loyalty, and eventually, revenues. 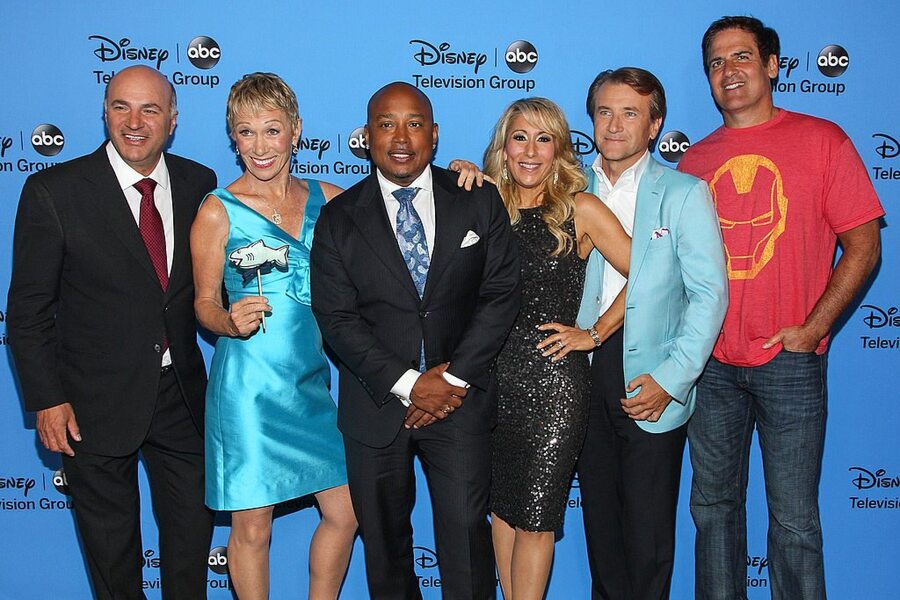 Corcoran admits to having weaknesses in business, such as never keeping an eye on the revenue. She knew that if she had an idea that the Corcoran Group would have an extra $80,000 in September, she'd have spent it.

In 1993, the Corcoran Group was selling real estate online, two years before their competitors. She also went out and registered all the domain names for her competition so that they'd have to go to her when they wanted it. But, in a shrewd and calculated move, she didn't charge them for those domains, she just wanted them to have to call and ask her for it so that she'd know when her competition made a move to start selling real estate online.

In 2001, Corcoran realized that her company had more listings than her competitors in every category. She was the No. 1 broker in New York, she'd reached her goal. It was time to sell the company and be present for her young family. After eight years of in vitro treatments, at age 46, Corcoran had her son Tommy. She wanted to give the energy and commitment she'd given to building the Corcoran Group to her family. She had 850 salespeople and revenue of $97 million.

When NRT offered her $20 million, she told them she'd take $66 million. The deal was signed in September 2001, just before 9/11/01. But it wasn't all champagne, roses and success for Corcoran. It may be hard to believe now, but Corcoran once had a huge fear of public speaking. She was invited to speak at a seminar for home buyers. She took the podium in front of 800 people and started her speech with a joke. However, she completely forgot the punch line. She opened her mouth and nothing came out. Eventually the emcee called up the next speaker. She didn't let this failure stop her. The next day she called NYU and pitched herself as an instructor in real estate sales. She taught courses for the next five years, becoming an excellent public speaker in the process.

Corcoran had the courage to seize opportunity, she didn't let rejection stop her, and she relentlessly protects her optimism and the optimism of her firm. Today, Corcoran has a net worth of $80 million, two children, her gig on Shark Tank, a regular gig on the Today Show, and countless other speaking engagements. She's come a long way from that diner waitress who took a $1,000 loan to become a rental agent.