By Mark Kurlyandchik on August 30, 2016 in Articles › Entertainment

The name Shaquille O'Neal is synonymous with great proportions. We all know the retired basketball superstar, Shaquille Rashaun O'Neal, lives large. Big money, big houses, big shoes. The 7'1″ NBA All-Star boasts a net worth of $350 million, a 70,000-square-foot mansion in Florida, a size 23 shoe, and four NBA Championship rings. O'Neal is a force to reckon with. And his dominance isn't limited to just the basketball court. The Shaq attack has been hugely successful in the business world, as well. So successful, that some day he plans on joining Michael Jordan in the billionaire athletes club. This is how he built a business empire off the court… 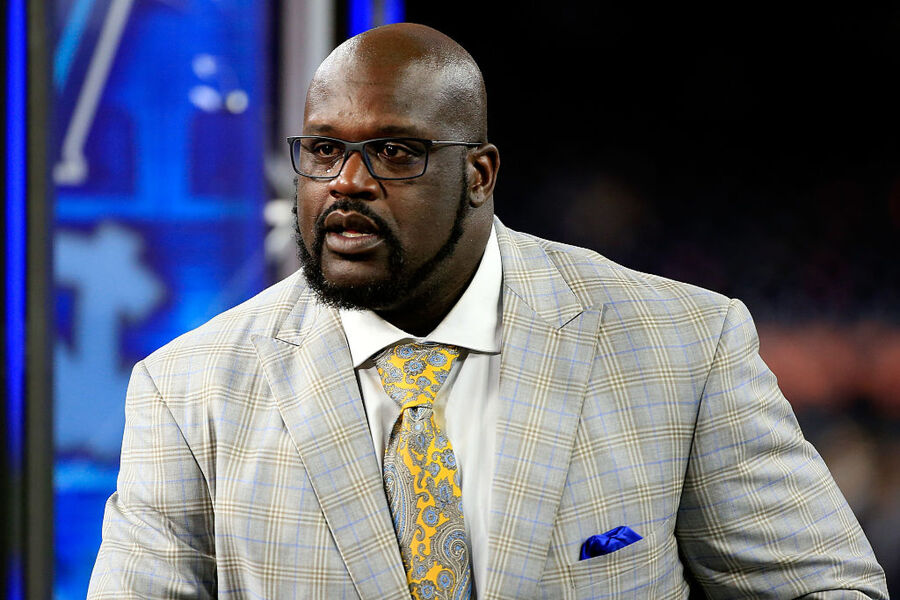 Shaq was born on March 6, 1972, in Newark, New Jersey. He has no contact with his biological father, Joseph Toney, who was imprisoned for drug possession when Shaq was just a baby. When released from prison, Toney gave up all parental rights to Phillip A. Harrison, Shaq's stepfather, who was an Army Reserve sergeant, and his mother, Lucille. Shaq attended Cole High School in San Antonio, Texas, and went on to study business at Louisiana State University. During his time playing basketball for Louisiana State, Shaq was named "College Player of the Year." After his junior year, he dropped out to join the NBA, but returned in 2000 to receive his degree, as a promise to his mother.

Shaq is inarguably one of the most dominant players in NBA history. In the 1992 draft, the Orlando Magic slotted him their first overall pick, where he was named Rookie of the Year. He played for the Magic until he was signed as a free agent by the LA Lakers. From 2000 to 2002, he won three back-to-back championships before being traded to the Miami Heat in 2004, the team he went on to won his fourth championship with in 2006. Between 1992 and 2011, Shaq earned $299 million in NBA salary alone.

Shaq's great success on the court inspired him to continue seeking the same prosperity off the court. A big believer in higher education, he received his MBA from the University of Phoenix in 2005, his Ed.D. in Human Resources Development from Barry University in 2012, and has said that he would like to attend law school to pursue his education even further.

When it comes to entrepreneurship, it's obvious Shaq is of the belief that bigger is always better. His real estate firm, The O'Neal Group, partnered with MDM Development to create Met Miami, a sprawling complex in downtown Miami. At 866 feet, the 1,000-unit tower will be the tallest residential high-rise south of NYC. Also to be included in the complex are a Marriott hotel, a 24-Hour Fitness, and multiple office buildings.

In 2012, The O'Neal Group partnered with Boraie Development, with financing from Goldman Sachs Urban Investment Group and other community investors, to purchase and renovate a movie theater in Shaq's hometown of Newark. The old theater was crumbling and in desperate need of repair. The re-opening of the CityPlex 12 introduced the massive renovations, totaling nearly $7 million, which included 12 brand new screens, digital projection, 3D capability, and stadium seating. The special 300-seat auditorium, called Shaq-DX, has a 47-foot screen, surround sound, and leather seating.

Shaq was also a pre-IPO investor in Google and can boast about being Twitter's very first verified account. It is obvious that he has a great eye for opportunity and doesn't hesitate to invest when he sees potential in a business. He has stakes in Muscle Milk and Vitamin Water, as well as the social media start-up, Tout, which was the platform he used to announce his NBA retirement. He owns 55 Five Guys restaurants, and multiple car washes and fitness centers. He is also the spokesperson for Dove Men, and recently became an investor in The Original SoupMan, a national food truck brand.

In 2013, Shaq bought a minority stake in the Sacramento Kings. The exact size of his stake is not known. What is known is that it's less than 5% and believed to be between 2 and 4%. The Kings are currently worth around $1 billion, which means Shaq's stake is worth $20-40 million.

This past March, Shaq was asked to speak about entrepreneurship at South by Southwest in Austin, Texas. He told the crowd of 500, "I look for big dreamers, people like me." When seeking companies to invest in, he's interested in those that "help people, inspire people and change the world".

As shocking as it sounds, according to a recent Sports Illustrated report 60% of all NBA players are broke within just five years of retiring. Judging by the business empire that Shaq has managed to build off the court, I think it's safe to say he wont be part of that 60% any time soon. All NBA players, young and old, should pay attention to how Shaquille O'Neal used his on court success to transform himself from a professional athlete to a well diversified business tycoon. A tycoon who is on pace to be a billionaire in the next decade.