By Paula Wilson on April 28, 2018 in Articles › Entertainment

Country music has become increasingly popular over the last 20 years.  During the rise of disco, rock, punk, New Wave, R&B, and hip hop, from the late 60s through the early 90s, country music was somewhat shunted off to the side.  While it has always remained popular among certain circles, it has only been since the mid-90s that country music singles, and the artists that sing them, have begun to achieve mainstream success again.  One of the artists who was instrumental in leading country music's resurgence is Shania Twain.  The Canadian country singer has a net worth of $400 million and the hit singles and awards to back all of that money up.  However, Shania Twain's early life was anything but successful.  Poverty, homelessness, a lack of food, depression, and violence were daily experiences for her, and music became her escape.  Her desire to build a better life fueled big dreams, and somehow she made them happen, against all odds.

Shania Twain was born Eileen Regina Edwards on August 28, 1965 in Windsor, Ontario, Canada.  She grew up with her mother and stepfather in Timmins, Ontario, Canada.  Her family was very poor when she was growing up.  Food was scarce and their home was quite remote.  She grew up chopping wood and hunting to supplement their food supply.  Her parents fought violently with each other regularly, and her mother suffered from depression.  Though her home life was far from ideal, Shania did not tell anyone about their problems, as she was afraid the state would separate her family.  She convinced her mother to move everyone to a homeless shelter in Toronto in 1979.  Two years later, they returned to living with her stepfather, and Shania began singing in bars for tips in order to support her family.  She was given $20 per night for performing from midnight to 1 am.  She was eight years old.  She began writing her own songs when she was 10 years old.  She was subsequently invited to perform on the "Tommy Hunter Show", on the CBC, when she was 13.  During high school, she also performed with a cover band called, Longshot. 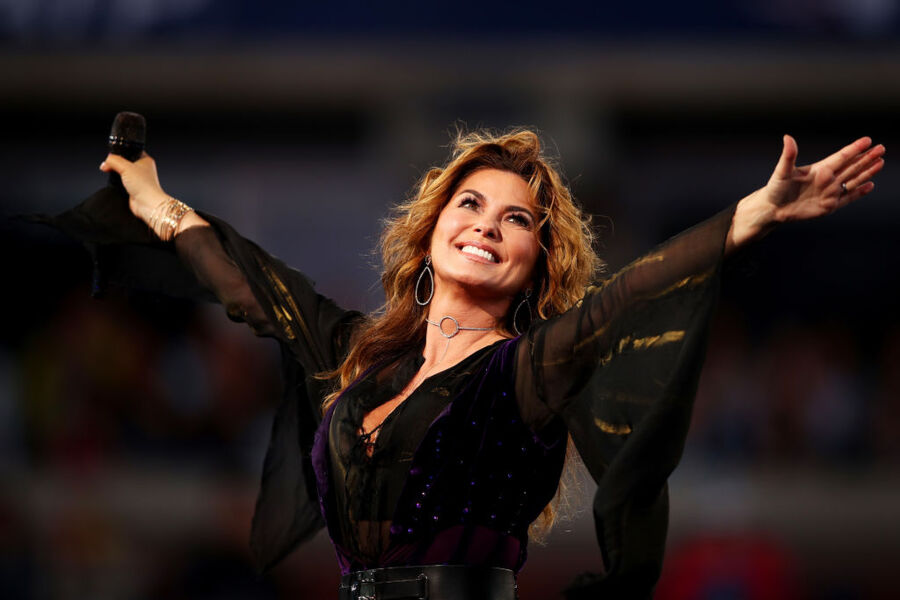 She put her performing career on hold to work for her stepfather's reforestation business.  The job required her to spend long periods of time in the woods, alone, pulling logs from place to place, and walking miles per day.  She used her downtime to practice singing and guitar playing, and after graduating from high school, she set about trying to build a music career.  She began performing with a cover band all around Toronto, and taking regular singing lessons with vocal coach, Ian Garrett, in exchange for cleaning his house.  She started to gain attention from producers and other singers, singing backup vocals on various albums, and taking a trip to Nashville to record demos.  Her vocal quality and performance ability, combined with her songwriting talents, caught the attention of Mary Bailey, a local singer who had achieved some success on the country charts in the late 70s.  Mary Bailey took the young singer under her wing, and in 1985, she took her back to Nashville to record songs with producer, Tony Migliore.  The demos were unsuccessful.  Shania, who was more interested in launching a rock career than a country career, chafed under Mary Bailey's insistence that she pursue country.  It eventually caused a rift between the two singers, and they went their separate ways for two years.  During this time, she began dating and working with John Kim Bell, a conductor.  He supported her pop music aspirations, but was ultimately inclined to agree that country was a better fit for her voice. 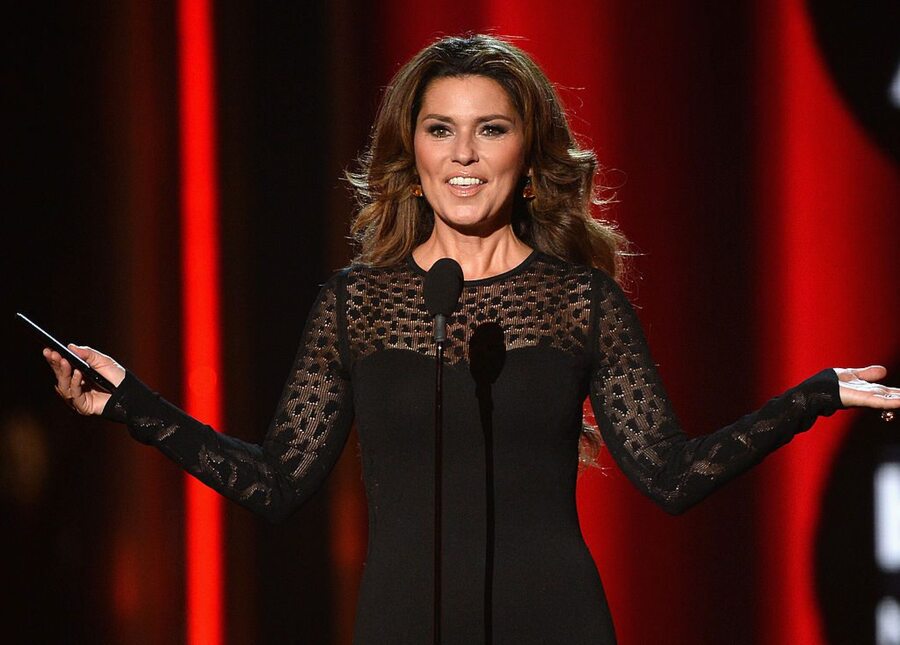 In the fall of 1987, both of Shania Twain's parents were killed in a car accident, and she returned to Timmins to take care of her younger siblings.  She began singing at a local resort in order to support everyone.  She was twenty-two years old.  Six years later, the last of her siblings was grown enough to move out of their childhood home.  She immediately assembled a demo tape, and her manager arranged for her to meet with a few record labels.  Mercury Nashville Records signed her almost immediately.  Her first album, "Shania Twain", was released in 1993, and though it was only moderately successful in the US, it was a hit in Europe.  Her second album, "The Woman in Me", was co-written by Robert "Mutt" Lange.  The two began dating while working on it, and subsequently married.  The album, released in 1995, was a success, spawning the hit singles, "Whose Bed Have Your Boots Been Under", "Any Man of Mine", "The Woman in Me", "(If You're Not in it for Love) I'm Outta Here!", "You Win My Love", and "No One Needs to Know".  The album went on to sell over 12 million copies and won the Grammy Award for Best Country Album.  Shania Twain had arrived.

Her next album, "Come On Over", was released in 1997, and became the album that would start the country-pop crossover movement for her and other artists.  Hit songs such as "You're Still the One", "Man! I Feel Like a Woman", and "That Don't Impress Me Much", were hits with mainstream audiences as well as country fans, and "Come On Over" spent nearly two years on the charts.  It holds the record as the best-selling album of all time by a female musician and the top-selling country music album ever.  It has sold over 40 million copies and counting around the world.  She went on the very successful "Come on Over Tour" for a year, and subsequently won the Entertainer of the Year Award from both the Academy of Country Music and the Country Music Association.  She became the first non-US Citizen to receive the honor from the Country Music Association.

Since then, she has released another studio album, "Up", as well as a "Greatest Hits" album.  Both albums were successful.  She's also won four more Grammy Awards.  She  began appearing on her own reality show "Why Not? with Shania Twain" on the Oprah Winfrey Network.  In December 2011, she began performing in her own show in Las Vegas called, "Still the One".

It too her 15 years to release another album after the dissolution of her marriage to her producer/husband Mutt Lange. Lange had an affair with Shania's best friend. Shania and Mutt officially divorced in June 2010. In December 2010, Shania married the ex-husband of her best friend!

In September 2017 she finally released the album "Now" which became very successful.

In the meantime, she is performing, raising her child, and by all accounts enjoying life.  She deserves it.  After a rough childhood, and multiple false starts with her singing career, she is finally at a point where she can sell out a Las Vegas theater every night, and keep fans eagerly awaiting an album for eleven years.  The eight-year old girl who performed in bars at midnight to help feed her family, went on to become the best selling female artist of all time.  If that's not a bit of poetic justice, who knows what is.