You probably know Keanu Reeves from movies like the Bill and Ted franchise, Speed, or The Matrix trilogy. His name comes from Hawaiian descent and translates into "cool breeze over the mountains." There are probably plenty of things you didn't know about Keanu Reeves, and here are seven such facts you can use to impress your friends.

Keanu is known for being generous with his money. He turned down $12 million for the film Speed 2, because he was already committed to star in a Canadian stage production of Shakespeare. Reeves has started his own cancer charity and has been a huge supporter of organizations like PETA, SickKids Foundation, and Stand Up To Cancer. He even gave $75 million he made from The Matrix to the special effects and makeup crew of the film. Keanu Reeves has a net worth of $350 and has said "I could live on what I have already made for the next few centuries."

It may be difficult to believe, but Reeves recently celebrated his 50th birthday. It is hard not to remember him as a young Theodore "Ted" Logan in Bill and Ted's Excellent Adventure. Reeves has already starred in some 70 movies and time is not slowing him down, as he is already signed for five more films in the next year.

Reeves is certainly a popular actor, but he is also a bit of a rock star. He has played bass in the rock band, Dogstar, which he formed with actor Rob Mailhouse in 1991. The band has released two albums and has opened for Bon Jovi, David Bowie, Weezer, and Rancid. 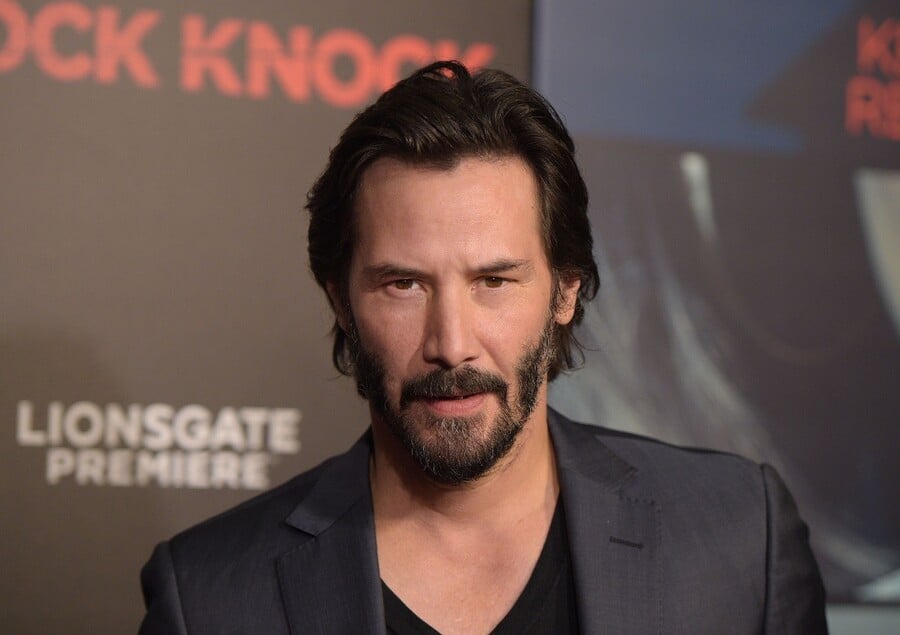 Keanu's fans love him, perhaps a bit too much. In 2014, he came home to find a woman in his library, who told him that she was there "to meet him." He stayed calm and spoke with her while calling 911. The scary thing is, that just three days later, a second woman broke into his house. This one chose to go skinny dipping in his swimming pool.

No Stranger To Tragedy

Reeves met actress and production assistant, Jennifer Syme, at a party in 1998, and within a year the couple was expecting their first baby. The story took a sad turn when Syme gave birth to a stillborn daughter. Just 18 months later, the actress was killed in a car crash, at just about the time Reeves was scheduled to start shooting the sequel for The Matrix.

He Knew What He Wanted To Do

Young Keanu knew he wanted to be an actor from an early age and did not waste any time. His first role came at just nine years old, when he starred in a theater production of Damned Yankees. In his early roles, he was credited as K.C. Reeves, because his manager thought that the name Keanu was too exotic sounding. Reeves made his television debut in 1984 in the series Hangin' In.

As a young man, Reeves was given the nickname "the wall" as a hockey goaltender. His childhood dream was to represent team Canada as an Olympic hockey player, but that was cut short due to injury. Ironically, Keanu would play a goalie in his first studio movie, Youngblood.