By Amy Lamare on July 7, 2015 in Articles › Entertainment

Most actors don't set out to become rich and famous from television commercials. In fact, for a struggling and/or aspiring actor, booking a commercial can help pay the bills while they work toward their television and film dreams. From $5,000 to $20,000 commercial paydays can be pretty lucrative but are not usually life changing. Commercials aren't supposed to be an actor's big break—but once in awhile they are. Sometimes an actor books a commercial that makes them richer than they'd be if they booked a film. These seven actors make (or made) a truly UNBELIEVABLE amount of money from acting in a television commercial or series of commercials. In fact, when you find out just how much, you might think about going out and getting a commercial agent of your own and taking a chance at this insane money yourself! 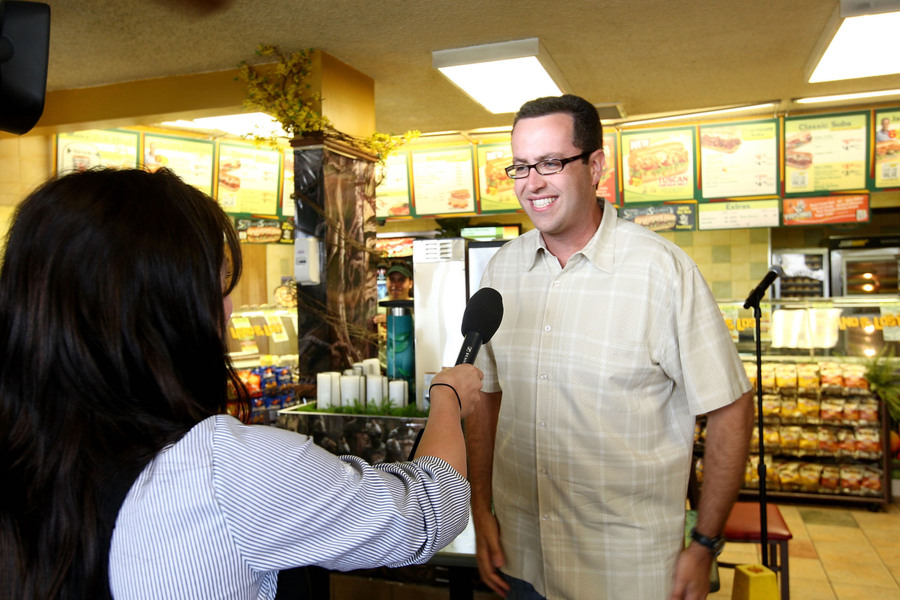 Also Known As: The Pine-Sol Lady

Diane Amos has been coming into our living rooms wielding a bottle of Pine-Sol since 1993. Wow. She's been shilling Pine-Sol for more than 20 years! She is an actress and stand-up comedian who was cast as the Pine-Sol lady because the company felt she would be believable in the role as someone who would actually use the product. It probably didn't hurt that Amos, who was just 36 years old back in 1993, told the casting agents she'd heard of Pine-Sol, and that her mom used it. Prior to being cast as the Pine-Sol lady, Amos made a steady but modest income as a stand-up comedian. In the late 1980s she was a frequent contestant on game shows, winning more than $46,000 as well as trips and prizes on "Wheel of Fortune", "The $25,000 Pyramid", and "Super Password."

Also Known As: The T-Mobile Girl

Canadian model Carly Foulkes hit a big payday when she was cast as the T-Mobile spokesperson in 2010. Clad in a number of pink outfits, her mission was to tell the world about a better (and cheaper) cell phone service. T-Mobile wasn't cheap with their compensation, paying Foulkes $1 million per year. When Foulkes auditioned for this campaign she repeatedly pronounced mobile as Canadian English does (mo-bye-l), but that didn't deter the casting directors!

Also Known As: Flo from the Progressive Insurance ads

Love her or hate her, Flo has invaded our living rooms via Progressive's very successful ad campaign. Actress Stephanie Courtney plays the very enthusiastic Flo-but the small screen wasn't her goal, let alone commercials. She is a member of the legendary comedy troupe The Groundlings and moved to Los Angeles to become a stand-up comedian. She auditioned left and right for commercials as a means of making ends meet, but was only booking one a year—until 2008, that is. That is the year Progressive Insurance cast her as Flo. Flo's Facebook fan page has over 5 million likes and six years into the campaign, Flo is going strong and Stephanie Courtney is laughing all the way to the bank.

Actor Dean Winters can currently be seen in the amusing "Mayhem" campaign for Allstate Insurance. The clever spots have Winters portraying the different instances of "Mayhem" that can cause damage to your car. He has been playing Mayhem since 2010, but before that he appeared on such TV shows as Oz", "30 Rock", "Law & Order: SVU", "Rescue Me", and "Sex and the City" as well as in movies such as "P.S. I Love You" and "Conspiracy Theory". However, he's become a household name not from these "more legitimate" acting gigs, but from his role as "Mayhem".

Also Known As: "The Most Interesting Man in the World" from Dos Equis ads

He is "The Most Interesting Man in the World" and his name is Jonathan Goldsmith. He's been the spokesperson for Dos Equis beer since 2006. Before being cast as The Most Interesting Man in the World, Goldsmith was a character actor struggling to make ends meet while living on a boat in Marina Del Rey, California. At the audition he improvised, embellishing stories about living on a boat as well as removing his shoe and sock, which for some reason struck the casting directors as something The Most Interesting Man in the World would do. Goldsmith has said that his friend, the actor Fernando Lamas, was his inspiration for creating the character. The advertisements first began appearing in the United States in 2006 and have since then become an Internet meme. Profits for Dos Equis have doubled since Goldsmith's campaign began running.

Also Known As: "Can You Hear Me Now" Verizon ads

Salary: $10 million (over life of contract)

Actor Paul Marcarelli must hear "Can you hear me now" in his sleep. Thanks to those five words, he made $10 million over his nine year long gig as the Verizon spokesman in the "Test Man" series of commercials. He was cast in 2001, and at the time was living with his boyfriend and another friend and struggling to make ends meet while trying to make it as an actor. The Verizon commercials definitely changed Marcarelli's life!

Also Known As: Jared from Subway

Technically, Jared Fogle isn't an actor, but since he's made $15 million from his Subway spots since 1999, he most definitely deserves to be on this list. In 1999, Subway discovered that then college student Jared Fogle had lost 245 pounds in one year just from eating nothing but Subway sandwiches. Subway confirmed the story and took the idea to their advertising agency. The ads featuring Jared began running in 2000 and have run on and off over the years ever since. His face and name are now synonymous with the Subway brand.

Unfortunately, in July 2015, Jared's home was raided as part of an FBI investigation in the child pornography. The raid was connected to a former employee of Jared's charity who had been arrested. As of this writing, there is no evidence that Jared had any involvement with the charges, but the bad press was enough for Subway to quickly announce that they had mutually agreed to sever their relationship after nearly 16 years.