Seven Celebrities Who Are Richer Than Their Celebrity Parents

Naturally, we would all like our children (or hypothetical children, depending on your stage in life) to do well. We'd even be thrilled if they did better than we did, right? Well, I hope so! The following seven celebrities all have famous parents who were super-successful in their own right. But these seven kids of celebrities all have way more money than their parents. Is it the time they live in compared to the time their parents did? Is it that performers of all stripes are just paid more now? Whatever the case is, from Miley Cyrus to Jennifer Aniston, these actors and musicians have all made more money than one or both of their famous parents.

In the early 90s, no one was bigger than Billy Ray Cyrus. With his mullet and his hit single "Achy Breaky Heart" off the album Some Gave All he dominated the charts. The song spent 17 weeks as the #1 country music single in 1992 and the album sold nine million units.

On the other hand, his daughter Miley Cyrus, who made her debut in 2006 alongside her father in the hit Disney Channel series Hannah Montana, has amassed a $160 million net worth by the age of 26. She was paid $15,000 per episode plus the money she made touring as her character – and then she launched her own very successful singing career. 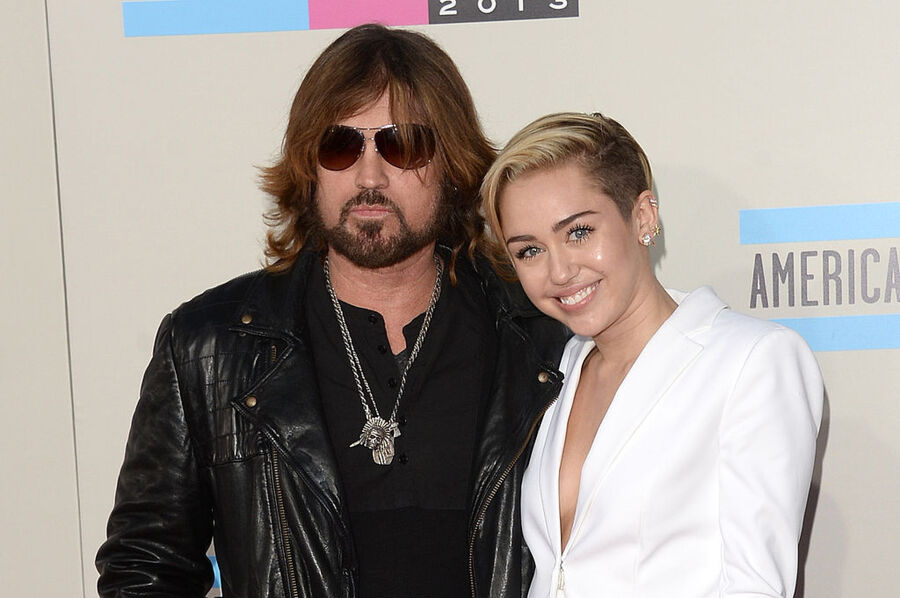 John Aniston has had a long and lucrative career as a soap opera actor. He got his start in 1985 playing Victor Kiriakis on Days of Our Lives. In fact, he still plays that role today! He has also had roles on a number of TV shows including The West Wing, Gilmore Girls and Mad Men. By any standard, John Aniston has had a successful career and $10 million is nothing to sneeze at.

However, thanks to her long-running role as Rachel on Friends, his daughter Jennifer is much, much, much wealthier. She earned most of her $240 million net worth on the NBC sitcom, with a $1.25 million per episode salary during the last season of the show. Oh and in 2018, Netflix paid each of the show's actors $2 million each to keep the show on the streaming service. Then of course, Aniston also appears in films regularly and she makes about another $10 million a year through endorsement deals.

Jerry Stiller has been on two long-running sitcoms since the 1990s – and that's just the second half of his career. Jerry got his star in the 1970s, alongside his wife Anne Meara. They were a very popular and successful comedy team. Then, later in life, he was cast as Frank Costanza on Seinfeld, which, at the time, had the highest-paid cast in TV history. Once Seinfeld ended, he returned to TV to play another father in King of Queens. All of this together earned him his $12.5 million fortune.

On the other hand, Ben Stiller is known for movies such as Zoolander, Meet the Parents, Tropic Thunder, and There's Something About Mary. He also had the popular sketch comedy show that he wrote and produced, The Ben Stiller Show. To date, he has written, starred in, directed or produced over 50 films. Just as an actor, his films have grossed more than $6.4 billion at the worldwide box office. For all of this, he has accumulated a net worth of $200 million.

Blythe Danner began her long career on Broadway. In 1970, she won the Tony Award for her role in Butterflies Are Free. She went on to appear in a plethora of roles over the next three decades on television and the big screen. Then in the 2000s, she appeared on Will & Grace and in the Meet the Parents trilogy. She has a net worth of $45 million.

Bruce Paltrow married Blythe Danner in 1969. Bruce Paltrow executive produced the TV series The White Shadow from 1978 to 1981, St. Elsewhere from 1982 to 1988, and Tattinger's from 1988 to 1989. He also created and wrote The White Shadow and Tattinger's. He also wrote, produced, and/or directed the films A Little Sex and Duets as well as the TV movies You're Gonna Love It Here, Operating Room, High, Shirts/Skins, New Year, Fargo, and Big City Boys. Bruce Paltrow passed away on October 3, 2002 at 58 years old with a net worth of $30 million.

Blythe and Bruce's daughter Gwyneth has earned more than both of her parents. She's best known for her acting career and her 1999 Oscar for Shakespeare in Love as well as her role as Pepper Potts in the Marvel films. She has won an Academy Award, a Golden Globe Award, a Primetime Emmy Award and two Screen Actors Guild Awards. Her films have grossed $3.2 billion at the U.S. box office and $8.2 billion worldwide. She is also the proprietor of the luxury lifestyle brand Goop, which has been valued at $250 million. She has a net worth of $60 million.

Jon Voight has been acting professionally since 1969's Midnight Cowboy. He won an Academy Award in 1978 for Coming Home. He appeared in a number of critically acclaimed and  blockbuster films that made a ton of money including The Champ, Deliverance, Runaway Train, Mission: Impossible, Heat, Enemy of the State, Varsity Blues, and Pearl Harbor. He even appeared in Lara Croft Tomb Raider alongside his daughter. Over the years, he has won one Academy Award out of four nominations, and three Golden Globe Awards out of nine nominations. For all of this, he has a net worth of $55 million.

On the other hand, Angelina Jolie has appeared in many successful films including Girl, Interrupted, Maleficent, Mr. and Mrs. Smith and many others. Her breakthrough role came in 1997 with the biopic George Wallace, for which she won her first Golden Globe Award, followed up with another Golden Globe for her portrayal of supermodel Gia Carangi in Girl Interrupted. Jolie swept the awards, earning a third Golden Globe, a second Screen Actors Guild Award and her first Academy Award for her supporting role in Girl, Interrupted. Jolie is also a director. She brings in an additional $20-million-a-year in income for her endorsement deals with Louis Vuitton and St. John. Angelina Jolie has a net worth of $100 million.

Kirk Douglas is one of the biggest star of Hollywood in his day. He started out in The Strange Love of Martha Ivers in 1946 and continued to work throughout the next several decades. He starred in more than 90 films and was nominated for three Oscars.

Michael Douglas has earned $300 million from films including The China Syndrome, Romancing the Stone, A Chorus Line, The Jewel of the Nile, Fatal Attraction, Wall Street, The War of the Roses, Basic Instinct, Wonder Boys, The American President, and Traffic. Douglas has won three Golden Globes and two Academy Awards, first as producer of 1975's Best Picture, One Flew Over the Cuckoo's Nest and as Best Actor in 1987 for his role in Wall Street.

Kris Jenner is the anchor of her family's fortune. Without her, the momager, there would be no Keeping Up with the Kardashians (nor all of its spin offs). She is the executive producer of all of the family reality TV shows and handles all of her kids dealings from modeling to makeup empires. For this she takes 10% of all Kardashian-Jenner family earnings. This has built her $90 million fortune up quite nicely.

And then there is her youngest daughter Kylie Jenner, model and proprietor of Kylie Cosmetics, who, once again, is NOT a billionaire. Still, with a net worth of $300 million at 21, she's far out earned her mother and will continue to do so.