By Amy Lamare on January 18, 2020 in Articles › Entertainment

Seth MacFarlane has just signed an enormous new overall deal at NBCUniversal Content Studios, the brand new unit of NBCUniversal, under the direction of Bonnie Hammer. The deal is reportedly for five years and valued at nearly $200 million. Under the deal, MacFarlane's Fuzzy Door Productions will develop television projects both for NBC and other networks, including NBCUniversal's new streaming service Peacock. This is the first overall deal announced since Universal Television, Universal Content Productions, and NBCUniversal International Studios all joined together under one banner.

MacFarlane joins a growing number of high-profile creators and producers to land lucrative television deals. Shonda Rhimes, Ryan Murphy, and "Blackish" creator Kenya Barris all inked a deal with Netflix worth nine figures each. "The Good Place's" Mike Schur got a similarly large deal to stay at Universal Television. Mindy Kaling, on the other hand, left Universal Television for a more lucrative deal with Warner Bros. Television. JJ Abrams and his wife Katie McGrath also took all of Bad Robot's creations and content to Warner TV in a deal worth $250 million. Greg Berlanti, signed a four-year contract extension with Warner Brothers Television for $400 million last year. 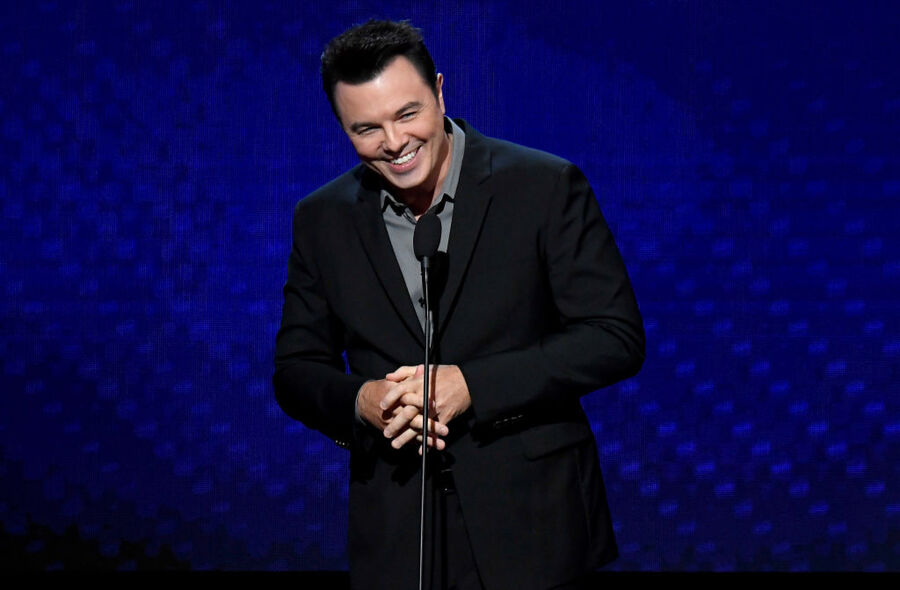 Previously, MacFarlane was in a long-term overall deal at 20th Century Fox Television. That deal expired in June. Fox currently produces his animated comedies "Family Guy" and "American Dad" as well as "The Orville." MacFarlane's Fuzzy Door also produces "Cosmos: A Spacetime Odyssey" hosted by Neil deGrasse Tyson. MacFarlane also wrote and starred in the film "Ted" and its sequel as well as "A Million Ways to Die in the West."

MacFarlane's exit from Fox comes as no real surprise as he's been critical of the network in recent years, particularly the news division, Fox News. Last year he said he was "embarrassed to work for this company" in response to Tucker Carlson's telling viewers of his Fox News show to "always assume the opposite of what they're telling you on the big news stations."

Of course, 20th Century Fox Television became a part of Disney when the merger was completed in March 2019. Fox's broadcast network, Fox News, and Fox Sports were not part of the assets acquired by Disney. They are now part of the standalone Fox Corp.