By Paula Wilson on April 11, 2018 in Articles › Entertainment

Like most musicians, Ryan Tedder's journey to the top of the charts has followed a well-worn path full of major ups and downs. When his initial attempt at a solo career faltered, he retreated behind the scenes as a songwriter. When his second shot at stardom came, Ryan pounced. And even though you still probably don't recognize his name off the top of your head, I bet everyone reading this article has heard of his band, OneRepublic. Thanks to songs like "Apologize", "Good Life", "Secrets" and "Counting Stars", OneRepublic has quickly become one of the biggest bands in the world today.

But you might be surprised to learn that OneRepublic actually started out as a side project for Ryan. Technically speaking, OneRepublic STILL IS a side project for Ryan, at least in terms of record sales and accolades. How is that possible? Well, it turns out that Ryan never actually stopped writing songs for other musicians. And not just a handful of songs here and there. Over the last decade, Ryan has secretly written dozens of songs that have dominated the Billboard charts. Songs from artists like Beyonce, Ellie Goulding, Adele, Timbaland… the list goes on and on. Chances are, if you're listening to the radio right now, you're probably listening to something Ryan Tedder wrote. Oh and by the way, thanks to his success, Ryan has amassed a personal fortune of $30 million. This is his incredible story. 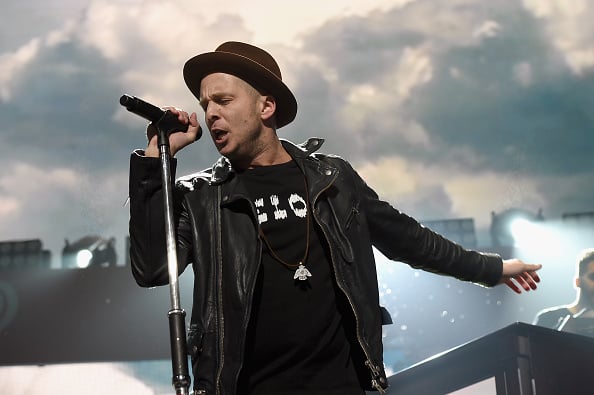 Being a songwriter can be a truly thankless job.  You pour your heart and soul into the lyrics and music of a song, and then someone else gets to sing it and walk home with all the awards.  On the other hand, a successful songwriter has the privilege of making tons of money pretty much anonymously.  Ryan Tedder is one of these songwriters who spent years toiling behind the scenes helping every major popstar you can think of rise to the top of the charts.

Ryan Tedder was born in Tulsa, Oklahoma on June 26, 1979.  He fell in love with music early, influenced by his father, who was a musician.  He began playing piano when he was three and then began singing when he was seven.  He was largely self-taught, and honed his singing skills by imitating a wide-range of singers, from Stevie Wonder to Peter Gabriel.  He performed in school plays, in church choirs, and formed his own bands during high school.  He then went on to Oral Roberts University and graduated with a degree in Public Relations and Advertising.

He knew he wanted to pursue a career in music after graduation, but breaking into the music industry is difficult.  He moved to Nashville to focus on finding his niche as a recording artist.  Initially, making it as a recording artist included working as a waiter and in retail at Pottery Barn.  However, he finally snagged an internship at Dreamworks SKG, where he sang various demos.  This led to his independently producing demos for other Nashville-based artists.  Dreamworks subsequently offered him a publishing deal, but at the time, he was focused on becoming a performing musician.  He was not interested in writing for other artists, so he turned them down.  While working in Nashville, he appeared on an MTV reality series that featured five singer-songwriters competing for a recording contract with Lance Bass' record label, Free Lance Entertainment.  He won the competition, but quickly discovered that the record label and the recording contract were essentially non-existent.  He was left with nothing. 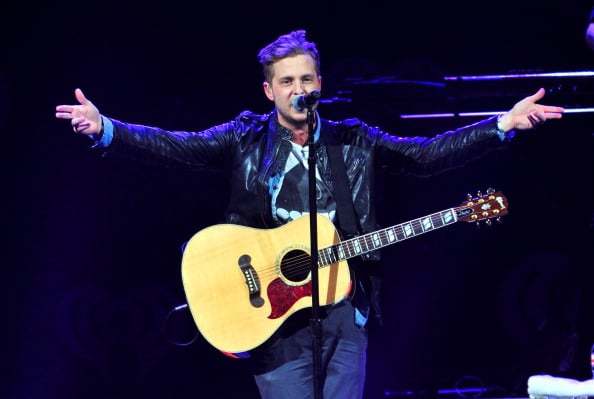 Ryan went back to producing demos for other artists, while trying to get his name out there.  In 2002, one of his tracks caught the attention of famed producer, Timbaland.  For the next two years, Ryan produced tracks for artists working with Timbaland, while also shaping his own musical identity.  By 2007, it had become clear to everyone in the music industry that Ryan Tedder was pop music's "secret weapon".  He signed an independent publishing deal with Kobalt Music Group, and then went about quietly taking over the airwaves.

Thanks to his work with Beyonce, Ryan was nominated for two Grammys in 2010, one for Record of the Year for the song "Halo" and one for album of the year for "I Am…Sasha Fierce". His work on Adele's album "21" earned him a 2012 Grammy for Album of the Year.

Along the way, he finally got his wish to become a popular recording artist.  His band, OneRepublic, formed in 2007, became hugely popular via MySpace.  The group built an audience base almost entirely through social media.  Their grassroots approach worked, and they have since released three successful albums.  Their single, "Apologize", written by Tedder, went on to become the most legally downloaded song in US digital history.  It was the second best-selling song between 2000 and 2010, as well.  The success of the song led them to sign with Timbaland's record label, Mosley Music Group, and it was only up from there.  Suddenly, the songwriter everyone wanted was a popular recording artist himself.  He has since written multiple hits for the band, including "Stop and Stare", Good Life", "Say (All I Need)", "All the Right Moves", "Secrets", "Marchin On", "Feel Again", "If I Lose Myself", "Something I Need", "Burning Bridges", and "Counting Stars".  Their most recent album, "Native", debuted at #4 on the Billboard 200.

Between October of 2013 and March of 2014, six of Ryan Tedder's songs charted in the Top 40.  That's a feat that no other writer/producer has achieved – ever.  Four of his songs, "Bleeding Love", "Apologize", "Halo", and "Counting Stars", are all included on the list of the best-selling singles of all time.  In 2017, he was nominated for a Golden Globe for the song "Faith" which was featured in the movie "Sing".

It is only recently that the general public has started to realize that there is one man behind so many of their favorite songs.  Audiences are also beginning to realize that that songwriter is the frontman for his own band.  It's part of the reason OneRepublic's third album is their fastest-selling to date.  Ryan Tedder is a very lucky man.  He went from self-taught musician to struggling artist to sought after songwriter to bonafide star.  He's now a songwriter who has finally stepped out of his own shadow and into the spotlight.  Getting to have his cake and eat it, too, must be mighty sweet.