Self Made Billionaires Who Never Went To College

While no one will deny the value of a college education, there are people who manage to succeed, beyond any normal expectations, without one. The four men on this list are billionaires many times over, and none of them ever set foot on a college campus to matriculate. There are no BA/BS degrees, no MBAs, no JDs, no MDs, no PhDs. In fact, not all of the following four men even hold high school diplomas. Sometimes a rare individual comes along who can parlay their street smarts into billions without a traditional college education. These entrepreneurs learned as they went along, making the process of starting their own businesses their personalized classrooms. Make no mistake about it, this is not the norm. Stay in school, get your degree—but if you don't, perhaps all is not lost.

Education: dropped out of high school in the 9th grade

David Murdock dropped out of high school during 9th grade. In 1943, he was drafted into the U.S. Army and served in World War II. After the war, Murdock moved to Detroit. He was homeless. A Good Samaritan helped Murdock secure a $1,200 loan so he could purchase a diner. Later, he moved to Arizona and worked in real estate. His next stop was Los Angeles, where, in 1978, he acquired control of International Mining. He eventually became the largest shareholder in Occidental Petroleum. In 1985, he bought Castle & Cooke, the firm which owned the Dole Food Company. He then took Dole public in 2009.

When John Paul DeJoria founded John Paul Mitchell Systems in 1980 he was homeless. Well, technically he was living in an old Rolls Royce along L.A's Sunset Strip. He wasn't exactly sleeping under a bridge or in an alley somewhere with his belongings in a shopping cart. DeJoria and cofounder Paul Mitchell scraped together $700 and set out to sell their shampoo door-to-door. Today, Paul Mitchell is sold in more than 150,000 beauty salons in 87 countries and is a billion dollar business. 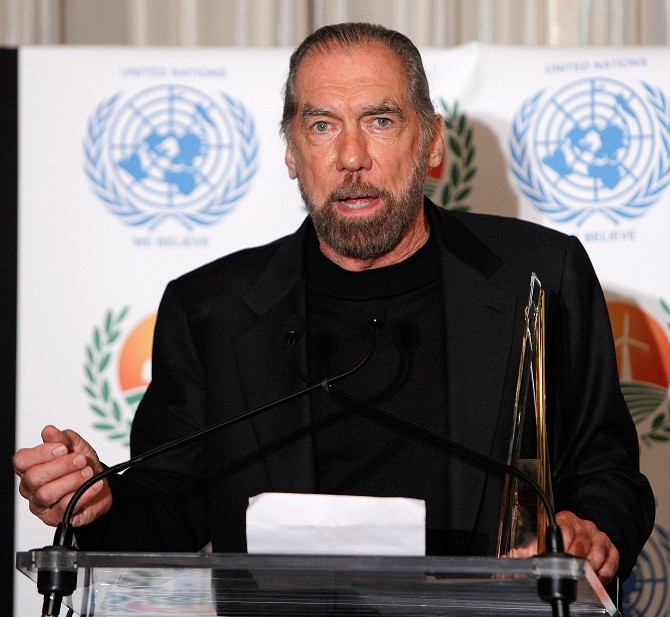 Education: Dropped out of high school

Richard Branson's story is inspiring for entrepreneurs. His high school headmaster once told him that he would "either go to prison or become a millionaire." He dropped out of school at 16, due to difficulties with academia from his dyslexia and started a magazine called "Student," in which he advertised the sales of records. It was a success and inspired him to get into mail-order record sales and a brick and mortar record store. Branson founded Virgin Records, the Virgin Megastores, Virgin Airways, Virgin Mobile, and most recently, Virgin Galactic. 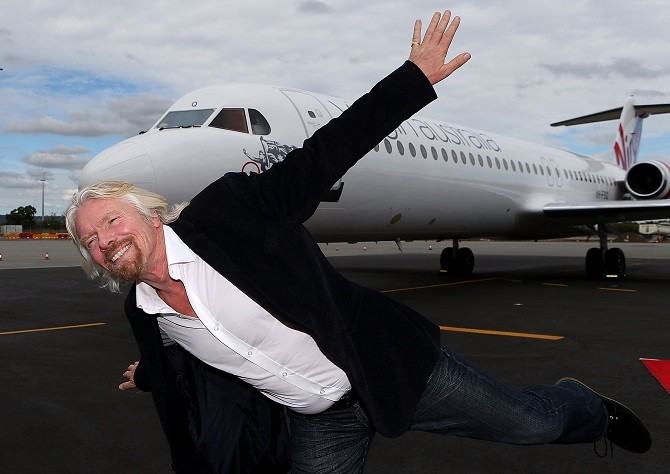 Leonardo Del Vecchio did not have an easy start in life. He was not born into money, with a silver spoon in his mouth. His father died five months before he was even born. His mother was so poor, that when Leonardo was just seven years old, she abandoned him at an orphanage in Milan. Then, at age 14, unlucky Leo was forced to take a job at a factory in order to survive. Fortunately, Leo's luck eventually began to change. The company he founded, Luxottica, would eventually grow into the largest eyewear manufacturer in the world today. Today, Leonardo Del Vecchio is the second richest person in Italy with a personal net worth of $19 billion! In fact, if you own a pair of sunglasses, there's a 95% chance it came from Leonardo's company.