By Brian Warner on July 11, 2014 in Articles › Entertainment

Remember the scene in the classic 1996 movie "The Rock" when Sean Connery steals a Hummer from the valet area of a luxury hotel and escapes into the streets of San Francsico? Nick Cage, as FBI agent Stanley Goodspeed, runs out of the hotel a few seconds later and steals a bright yellow Ferrari F355 Spider to pursue the escaped convict. What unfolds next is arguably one of the greatest car chases in movie history. Cage and Connery proceed to destroy half of San Francisco as they speed through winding streets and steep hills at 80 miles per hour. The scene culminates with Cage's Ferrari exploding after it gets demolished by a derailed cable car. Cage escapes within an inch of his life only to be greeted by a grungy guy on a dirt biker who delivers one best lines in cinematic history: "Dude. You just fucked up your Ferrari!" To which Cage responds, "It wasn't mine." Pure gold.

Well, I wish I could have been in Delhi, India earlier this week to deliver a similar line to a valet driver at the 5-Star Le Meridien hotel. On Tuesday, a valet named Arun Kumar was slowly inching his way up to the hotel's driveway to drop off a $400,000 white Lamborghini Gallardo. He appears to be driving very safely at first, but then, all of a sudden, things take a turn for the worse. Watch for yourself:

Ouch. The car's owner, a construction magnate is now threatening to sue the hotel for $500,000. The hotel claims that the car must have malfunctioned. Here are some more photos of the aftermath: 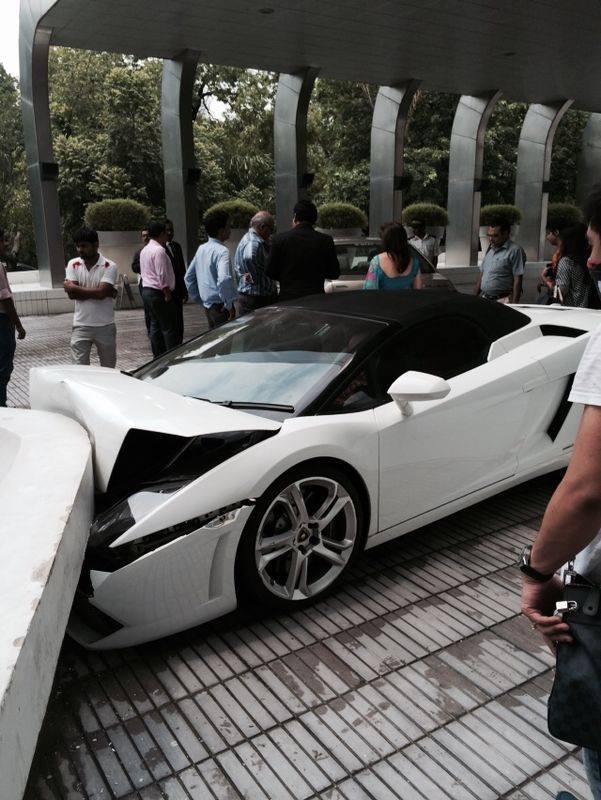 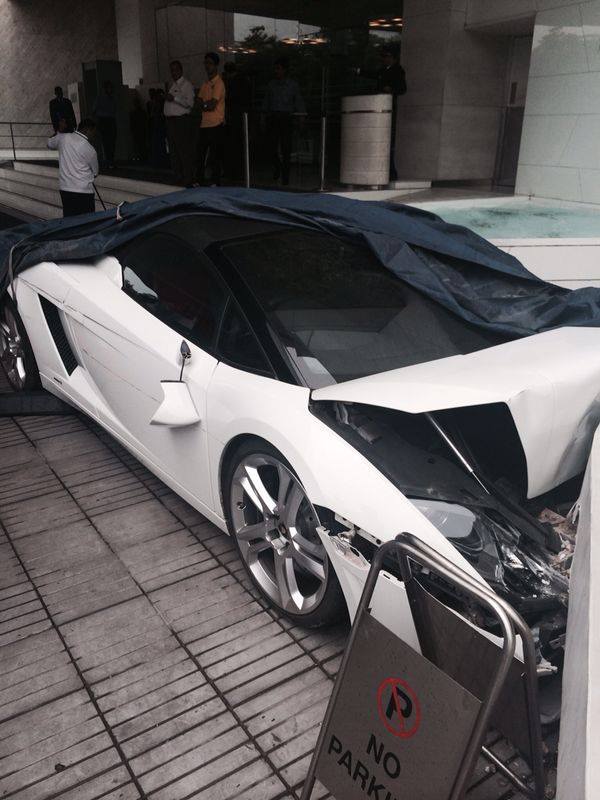 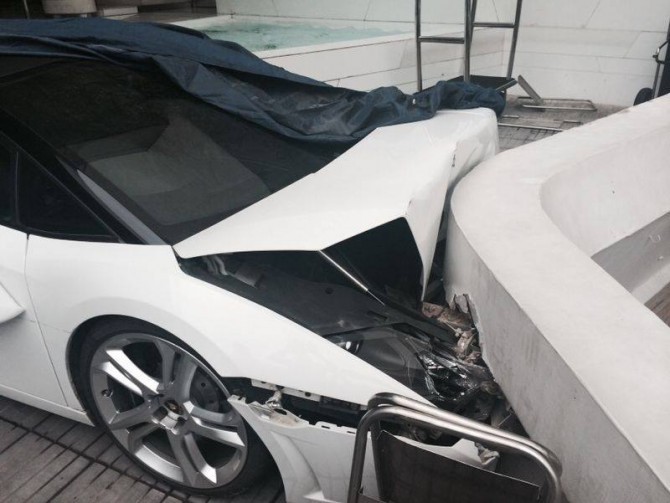 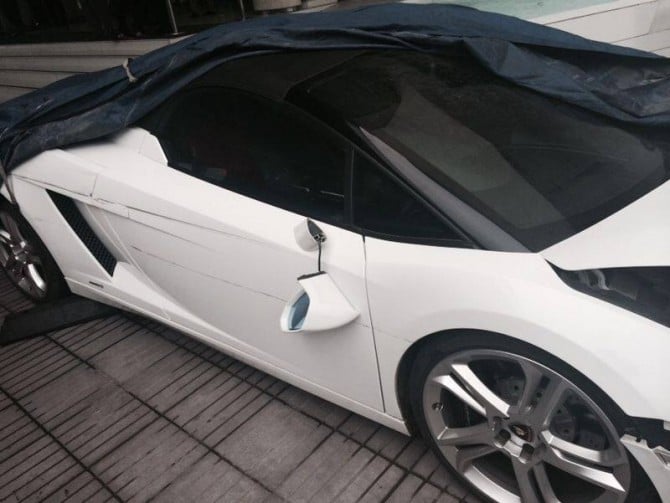