By Paula Wilson on September 23, 2016 in Articles › Entertainment

We would all like to believe that money isn't everything, but let's face it, it certainly is an important SOMETHING.  The more money you have in this world, the more power you have.  Which is why everyone is taking notice of Nigerian businesswoman Folorunsho Alakija.  At age 65, she is one of the wealthiest people in the world. She's the fourth richest person on the continent of Africa, and the #1 wealthiest woman in Nigeria.  Furthermore, for several years, she surpassed Oprah Winfrey as the richest black woman on the planet. Oprah eventually took that crown back.

Today Folorunsho heads up major committees in Nigeria and lists royalty and major political figures as her clients. And if that's not impressive enough, just a few years ago she was a lowly secretary who actually dreamed of being a fashion designer. Here's the story of how Folorunsho Alakija went from humble secretary to one of the richest people alive, despite her own government's efforts to shut her down….

Folorunsho Alakija was born in 1951 in Ikorodu, Lagos State.  She was born to Chief L. A. Ogbara, who had eight wives.  She was one of his 52 children.  Her family was well-to-do, and when she was ready for school, she was sent to a boarding primary school, Dinorben School for Girls, in Lalangernyw, Wales.  She returned to Nigeria when she was older, and completed her studies at Muslim High School in Nigeria.  She then returned to the United Kingdom for college, enrolling at Pitman's Central College, London.  She also had an interest in fashion, so she began taking design courses at American College, London and the Central School of Fashion, in her spare time.  After completing her college career, she returned to Lagos, Nigeria, where she began working as an executive secretary at Sijuade Enterprises.  From there, she moved on to the First National Bank of Chicago, where she continued to work an executive secretary.  While working at FinBank, as it is now called, she launched her own fashion business, a tailoring company called Supreme Stitches.

Supreme Stitches opened its doors in 1985, and within one year, it had begun to make major waves in the Nigerian fashion world.  She was already familiar to many of the power players in Nigeria due to her work in one of the country's major banks.  She parlayed these relationships into high-profile design jobs.  Her clients included the former first lady, Maryam Babandiga, and a host of other members of the Nigerian elite.  She was subsequently named Best Designer in Nigeria, and renamed her company, Rose of Sharon House of Fashion.  She went on to become the National President and a trustee of the Fashion Designers Association of Nigeria, and is considered one of the most influential figures in Nigerian fashion ever.  While her fashion career made her a household name, and cemented her A-list status, it was not her ability with fabric and lines that ultimately made her wealthy.  Instead, it was the connections she made as a designer, which built on the connections she'd made as a secretary, that led to her spot on Nigeria's wealthiest list.

In 1993, following the lead of some of her successful design clients, she applied for an oil prospecting license or OPL.  Her relationship with members of Nigeria's ruling class, including Ms. Babandiga, caused the Ministry of Energy to approve her license.  She was given 617,000 acres – 220 miles southeast of Lagos and 70 miles offshore.  In the early 90s, the oil industry was just getting started in Nigeria, and Folorunsho had no idea how to find out if her land actually contained any oil.  After sitting on her plot for a few years, she hired Star Deep Water Petroleum Limited, a subsidiary of Texaco, to advise her and explore the acreage for the presence of oil. They agreed to a 40 percent stake in whatever was found and got to work.

When Star Deep Water completed their survey, they returned with some shocking news. It turned out that Folorunsho's grant contained over a billion barrels oil.  She was sitting on a veritable gold mine.

As you might imagine, the Nigerian government was not particularly pleased that a random fashion designer, and a woman to boot, was now the owner of an absolutely massive fortune in oil (that could have been their own).  So, the government quickly revoked her license. The government officials offered a flimsy excuse for why the original grant wasn't proper and attempted to leave Folorunsho with just 10% of her original stake.

Unfortunately for the Nigerian government, they were messing with the wrong woman. Every step of the way, Folorunsho took extreme caution to be very shrewd in how she obtained her license. Furthermore, rather than selling her rights off to Deep Water, she'd created a partnership with them. That meant she had a very powerful partner in the ensuing fight with the Nigerian government. 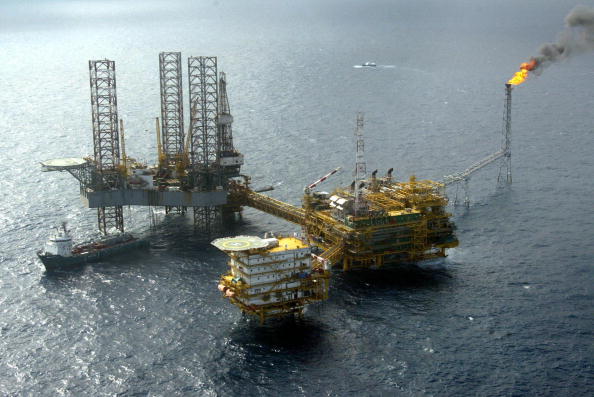 Folorunsho and Deep Water went to court to fight the Nigerian government for the next 12 years.  In 2012, the Nigerian Supreme Court finally made a decision. The court determined that Folorunsho was 100% right in every single allegation. In short, Folorunsho was granted the full rights to her grant. Instantaneously, her net worth ballooned to $7.3 billion, making her the richest black woman on the planet and the richest woman in Nigeria.  Today, she still owns 60% of her plot, now called OML 127. Star Deep owns 32%, and Brazilian company, Petrobras owns 8%.  Her company, Famfa Oil Limited, is now run by her husband and sons.  She serves as executive vice chairman.

With the global decline in the price of oil, her net worth has dipped from an all-time high of $7.3 billion to around $2.5 billion today. And that number is primed for a rebound when oil prices inevitably increase again.

Rather than be involved in the day-to-day running of Famfa, Folorunsho has emerged as one of the leading philanthropists in the world today. She is also a savvy real estate developer.  She founded the successful Rose of Sharon Foundation, which supports widows and orphans by providing them scholarship funds and business grants.  She is currently the Vice Chairman of the National Heritage Council and Endowment for the Arts in Nigeria.  She also recently purchased a $100 million property in One Hyde Park, a development in London.  While she has spent her money responsibly for the most part, she has also been known to enjoy some of the finer things in life, like her $45 million Bombardier Global Express 6000 private jet.  Not bad for a former secretary and aspiring fashion designer!

Folorunsho Alakija's life teaches us two very valuable lessons: #1) Always fight for what's rightfully yours. Even if it takes more than a decade. #2) With hard work and a little luck, absolutely anyone can make their dreams come true and become fabulously wealthy. Wealthy enough to make Oprah feel poor!