By Brian Warner on October 31, 2020 in Articles › Entertainment

When you think of the most epic Hollywood mistakes of all time, a few stories stand out. For example, did you know that Will Smith turned down the part of Neo in "The Matrix"? Or that James Cameron originally offered the role of the Terminator to OJ Simpson before settling on Arnold Schwarzenegger? In Hollywood, careers can be launched or broken by one bad decision and, in the process, vast fortunes can be made or thrown away. Even a veteran star like Sean Connery can make a mistake so big that it ultimately causes him to retire from acting and lose out on a mind blowing amount of money. That's exactly what happened when Connery turned down the role of Gandalf in "Lord of the Rings"…

Before "Lord of the Rings" became a massive worldwide success, it was seen as a VERY risky undertaking for Time Warner's movie studio New Line Cinema. With a budget of $281 million, the films were the most expensive movies of all time to that point. In an unprecedented move, all three movies were filmed back to back in New Zealand by a relatively unknown director named Peter Jackson. The movie also lacked a truly big Hollywood name like Tom Cruise or Johnny Depp that would guarantee ticket sales. For all these reasons, the producers desperately wanted to lock in a huge star for the crucial role Gandalf. Their first choice was Mr. James Bond himself, Sean Connery.

In order to convince Connery to sign on to the film, the producers pulled out all the stops. In addition to a $10 million per film salary, they offered Connery 15% of the box office for all three movies.

In what would turn out to be a monumentally poor decision, Connery declined the part because he "did not understand the script".

To be fair, if I had read the LOTR script, I probably would have thought it was absolutely ridiculous and would be a huge bust. Well, as we all know now, Lord of The Rings went on to become one the highest grossing film franchises of all time.

The first movie alone is the sixth highest earning film in history, with over $1 billion dollars in ticket sales. The combined box office totals for the first three films would eventually balloon to $2.9 billion. 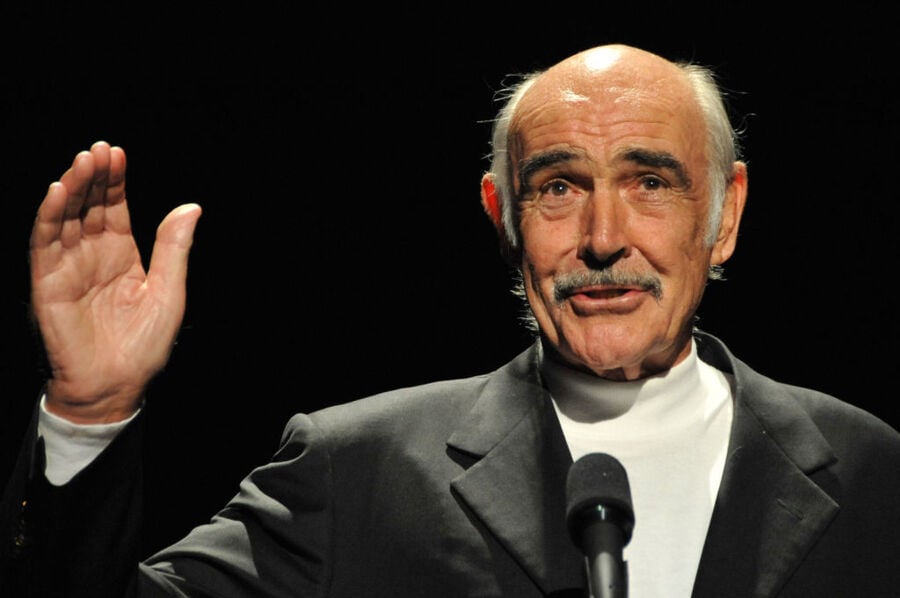 Not that Sean Connery is struggling financially, he still had a net worth of $350 million at the time of his death in October 2020, but that $450 million loss couldn't have been an easy pill to swallow.

In fact, the pill was so hard to swallow that it basically caused Connery to retire from acting.

In reaction to LOTR's huge success, Connery hastily agreed to appear in "The League of Extraordinary Gentlemen", which he hoped would become an equally big success and franchise. Unfortunately, "The League of Extraordinary Gentlemen" was a total flop, earning just $66 million worldwide off a budget of $78 million. This failure, likely coupled with the knowledge that he let nearly a half billion dollars slip through his fingers was too much to handle and Sean Connery retired from acting completely in 2005.

I'm re-posting this article on October 31, 2020, the day Sean died at the age of 90. Posting without an ounce of disrespect. Even though the LOTR deal did not go well for Sean, it's an amazing show business story and one of the most popular articles we've ever posted. To be clear, I am a massive Sean Connery fan, mainly because of "The Rock" which I saw in theaters when I was about 14 and changed my life forever. Made me a lifelong Sean Connery, Nick Cage and Ferrari fan. Rest in peace, Sean!