By Amy Lamare on October 1, 2020 in Articles › Entertainment

In 2003, Clare Bronfman was struggling with social anxiety and the fact that she is the daughter of a billionaire. She found a self-help group that gave her confidence and a sense of purpose. That self-help group was the notorious sex cult NXIVM, run by Keith Raniere. Over the next 15 years, Bronfman became an integral part of the group and used her $500 million fortune to harass and silence former members and critics of the group. NXIVM came under fire about two years ago and was revealed to be an abusive cult that coerced women into sexual slavery while starving them into waifishness to meet Raniere's preferences. Oh, and the cult also branded the woman with Raneire's initials, like cattle.

On September 20, a federal judge sentenced Bronfman to six years and nine months in prison. She is the first defendant to be sentenced in the investigation into the cult. The cult purported to help people with "executive success" workshops to help them achieve their personal goals. The reality of the group was much darker and subversive. 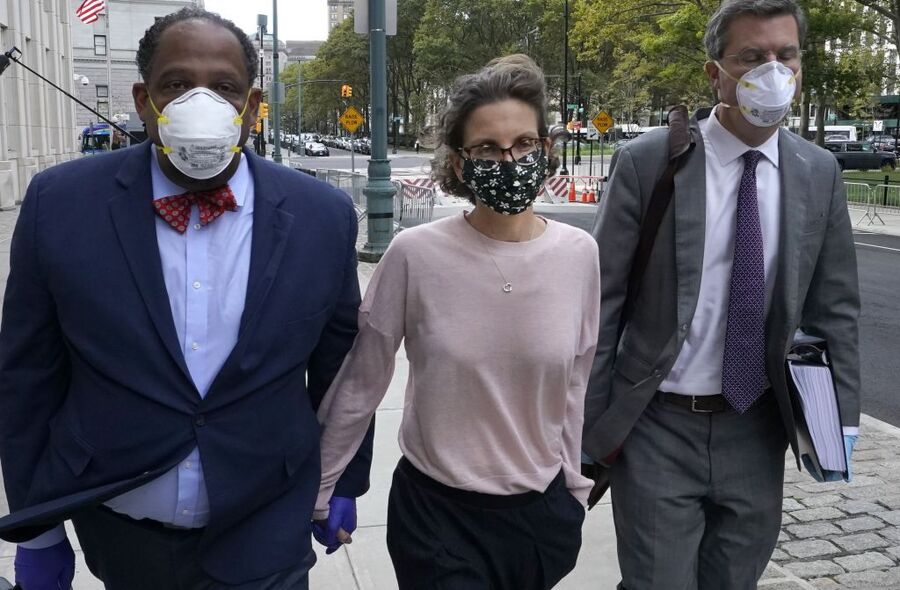 During Bronfman's trial, nine former members of NXIVM testified about how she had destroyed their lives by relentlessly suing them for years after they left the cult. They also testified that Bronfman convinced local prosecutors to bring criminal charges against them. The women also pleaded with Bronfman to denounce Raniere and begged her to see how he was destroying her life, too. Raniere was convicted of racketeering, sex trafficking, fraud, and a slew of other crimes in June 2019. Last month, Bronfman told a judge that she still believed in Raniere and could not disavow him.

Bronfman pleaded guilty to two charges related to identity theft and immigration fraud. Attorneys for the prosecution made it clear that Raniere could not have carried out the crimes he was convicted of without Bronfman and her money. She was painted as an ATM for Raniere. She spent at least $116 million on NXIVM funding the cult's lawsuits and securing patents for Raniere's inventions. When people tried to leave the cult or were critical of it, she used her wealth and influence to intimidate them. In 2019, former members of NXIVM accused Bronfman of "terroristic legal campaigns" in retaliation against anyone who dared to speak out against Raniere or the cult, including hiring a company to get private banking for anyone she thought was an enemy of NVIXM. Among those she targeted were journalists, judges in charge of cases against NXIVM, and Senator Chuck Schumer.

Bronfman and her sister Sara allegedly also helped draw "Smallville" actress Allison Mack into the group in the hopes that she would become the public face of the group and attract new members. Mack is facing up to 40 years in prison for her role in the cult. Raniere is scheduled to be sentenced on October 27. Prosecutors are seeking life in prison.