By Amy Lamare on February 8, 2017 in Articles › Entertainment

One Saudi prince really likes his falcons. And we're not talking about the football team from Atlanta. He likes his falcons so much that he recently bought each of them a seat on a flight within the United Arab Emirates. Imagine boarding a plane and seeing 80 falcons perched in their seats. We're not kidding. This actually happened.

A member of the Saudi royal family purchased individual seats for each of his 80 falcons. The photo of the falcon filled plane has gone viral on the internet.

The unusual incident first came to light on Reddit, when lensoo posted the pic of the birds of prey on the plane (and the few humans scattered among them). The caption, which incorrectly identified the falcons as hawks, said:

"My captain friend sent me this photo. Saudi prince bought tickets for his 80 hawks." 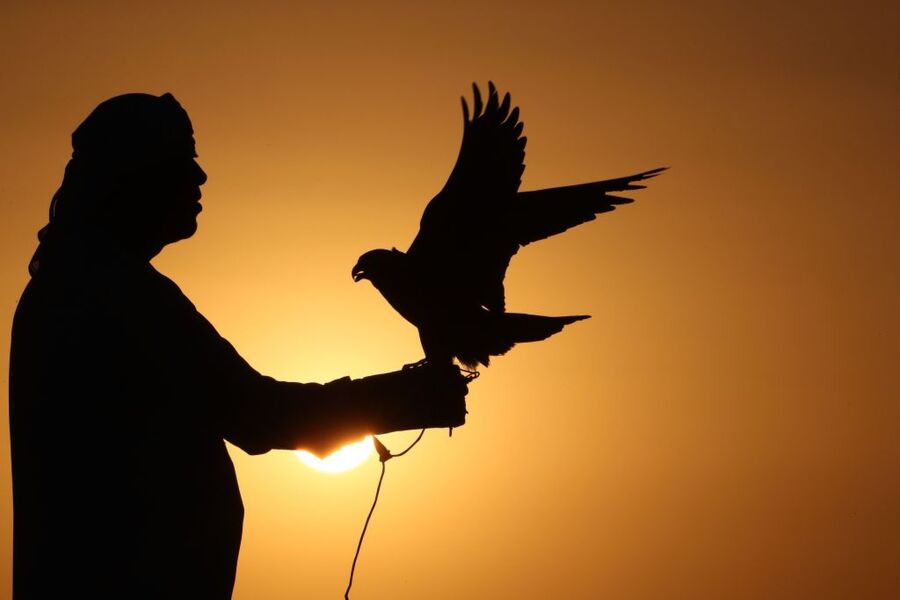 It isn't as strange as it seems for a plane to be filled with birds, especially in the Middle East. Falconry is a popular sport for the jet setting elite of the region. Dubai even has a high-end hospital just for falcons as well as a falcon museum. The falcon is the national bird of the UAE, which might explain all the falcon related activities and venues.

In fact, some airlines have specific guidelines just for falcons. For example, Qatar Airways limits the number of falcons on board to six per customer. If you and your falcon want to fly Etihad Airways, you can travel with your feathered friend in the main cabin or check him as baggage.

However, if you want to fly with your own falcon you should be aware that in order for a falcon to be permitted to fly commercial airlines, they must have their own passport and it must be valid for three years from the date of travel. This is to protect them from smugglers.

Well, I think we've finally heard it all now.